Election in Catalonia: victory of the socialists, march through of the separatists

The socialists win the regional elections in Catalonia, but the separatists retain the majority. The winner of this election is therefore also the biggest loser. The social democratic candidate Salvador Illa is unlikely to win the office of prime minister. 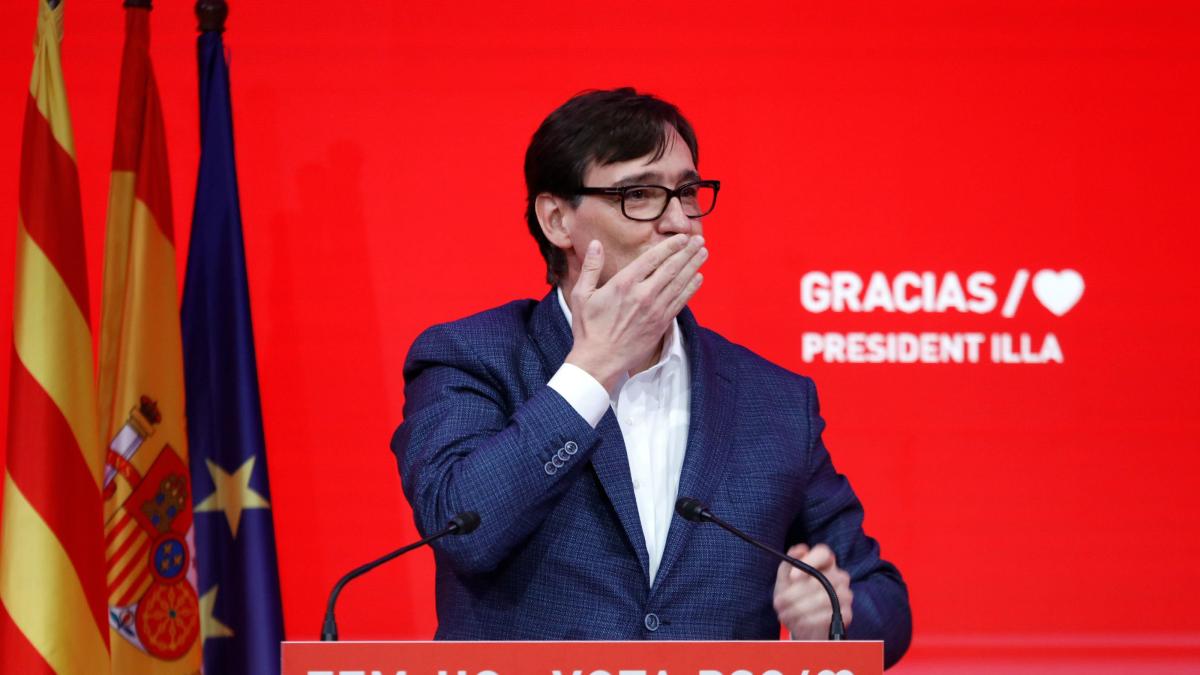 The social democratic candidate Salvador Illa did not manage to turn things around in the regional elections in Catalonia.

Although the Catalan PSC had 33 seats in the regional parliament according to previous counts, Illa is unlikely to win the office of Prime Minister.

The three largest separatist parties together form the absolute majority and together have 74 seats out of a total of 135 seats.

There is no doubt that despite their many disputes, they have come together to form a government.

For Catalonia, this choice means: the country remains as divided as before, perhaps the rift has become even greater.

Because with Vox is first an ultra-right party in the Catalan parliament.

The ditch could not be filled this time either, not even a few centimeters: Almost 51 percent voted for the parties that are in favor of a split from Spain.

The fact that the distribution of seats in the regional parliament does not exactly reflect this is due to the electoral system: It values ​​the votes of rural regions more than those from urban areas - an advantage for the separatists, who have many supporters in the countryside.

It is true that Spanish Prime Minister Pedro Sánchez can see himself confirmed in his course based on dialogue and reconciliation.

His strategy of sending Health Minister Salvador Illa to Catalonia as the top candidate actually led to a triumph: the Socialists managed to almost double the number of PSC seats.

On the other hand, the once strong liberal Ciudadanos and the conservative People's Party, which were in favor of hard-handed policies, fell dramatically.

They are now only backbenchers in the Catalan parliament, Ciudadanos shrunk from 36 to 6 seats.

The voters, who do not accept any pardon with the separatists, migrated to the right-wing nationalist Vox.

It got eleven seats straight away and is now the fourth largest force in the Catalan regional parliament.

Which alone is enough to guarantee the high frequency of tumultuous scenes that is usual there.

The socialist Illa, who portrayed himself as a peacemaker in the election campaign, will be able to bring about little reconciliation despite his triumph.

He wants to face the election for prime minister.

But it is certain that he will lose.

He needs support from the independentist camp, but nobody there wants to vote for him.

And the old problems remain: The two separatist parties that have so far provided the government and have broken hopelessly over the course towards independence will probably have to continue to work together.

The voters neither punished nor praised them, they achieved a very similar result as in the last election in 2017: The Left Republicans (ERC) won an additional seat at 33, while the Junts per Catalunya, which were more radical on secession, lost one (32).

While Junts is still betting on breaking with Spain and leading Catalonia to independence as soon as possible, ERC has been clearly more willing to negotiate with Madrid for some time.

The economic and social problems that have been plaguing Catalonia since the failed declaration of independence in autumn 2017 seem to have caused the ERC to correct course to a certain extent.

Which is why the socialists hoped, together with the ERC and a small group of left-wing alternatives, to win an absolute majority in parliament and, as a three-party coalition, to find a way of reconciliation with Spain for Catalonia.

In fact, that would now be possible, the election result would allow such a constellation.

But it remains a pious wish from Madrid.

Shortly before the election, all separatist parties, including the ERC, agreed in writing that they would not form a coalition with the socialists: "If you put our people in jail, we will not make a pact." Leading separatists were sentenced to long prison terms in 2019, only some, like Junts leader Carles Puigdemont, fled into exile in time.

It gets more complicated

The central government's other hope that the somewhat more accessible ERC will emerge more strongly from the election than Junts has been fulfilled.

But more conciliatory tones can hardly be expected from Barcelona, ​​on the contrary: the radical separatist CUP, with whose support the coalition of ERC and Junts has ruled Catalonia so far, was able to more than double its number of seats.

Which is why the belligerent group, which the Catalan Republic would rather proclaim today than tomorrow, probably wants to have twice as much a say in government business as before.

So all in all, it gets even more complicated in Catalonia.

A phase of rest and relaxation seems to have moved into the even more distant future for the region.

And the government in Madrid, which is committed to pacifying the Catalonia conflict, needs a new strategy.