Watch .. Iraqis released 6 bears from their cages and attacked them

A video clip circulated by activists showed journalists, spectators and rescuers fleeing to save their lives, after a group of bears attacked them after they were released from cages in Mount Kara in the Kurdistan region of Iraq. 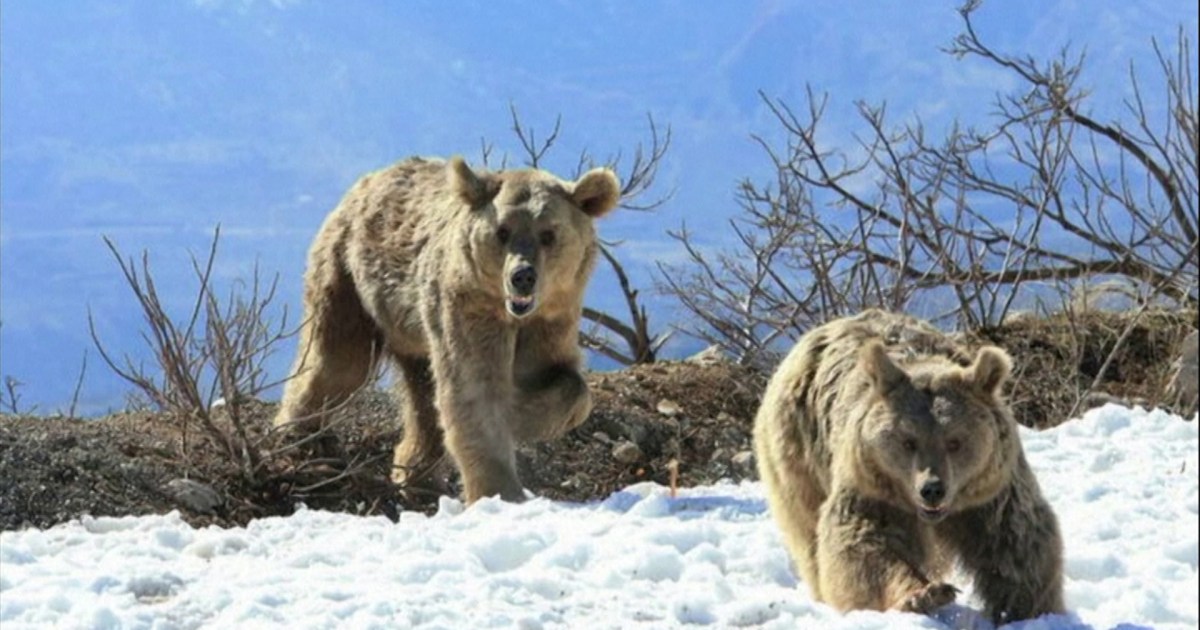 A video clip circulated by activists showed journalists, bystanders and rescuers fleeing to save their lives, after a group of bears attacked them after they were released from cages in Mount Kara in Dohuk Governorate in the Kurdistan region of Iraq.

The US-Kurdish Cooperation Organization released 6 bears in Dohuk governorate for the third time, after it released in previous years 6 bears in the Hilkord Sakran reserve in Erbil governorate, and 2 in the Kara mountain in Dohuk.

The head of the organization, Blend Brevkani, confirmed that 5 of these bears were brought from the governorates of Basra and Nasiriyah, and the sixth bear came from Erbil, and their owners donated some of them and the other in exchange for money, indicating that the goal of this was to eliminate the phenomenon of raising bears in homes and keep them from extinction.

He explained that 3 of the bears that were released were males, explaining that this step was made to preserve the diversity of wild animals in the mountains of the Kurdistan region.

According to veterinarian and animal rights activist Suleiman Saeed, raising bears, tigers or lions in homes is becoming a new trend among Iraqis.

Saeed said that these bears are at risk of extinction in Iraq due to illegal hunting, wars and the lack of measures to protect wildlife, as brown bears are bought by wealthy families who want to keep them at home, adding that sometimes cubs are stolen from their mothers by hunters. .

Despite their differences over how to release bears into the mountains, Prevkani and Saeed agree that Iraq needs a law that prohibits keeping wild animals at home.