Turkey accused the Kurdistan Workers' Party (PKK) on Sunday February 14 of having killed thirteen of its nationals, most of them members of the security forces, whom it was holding captive ... 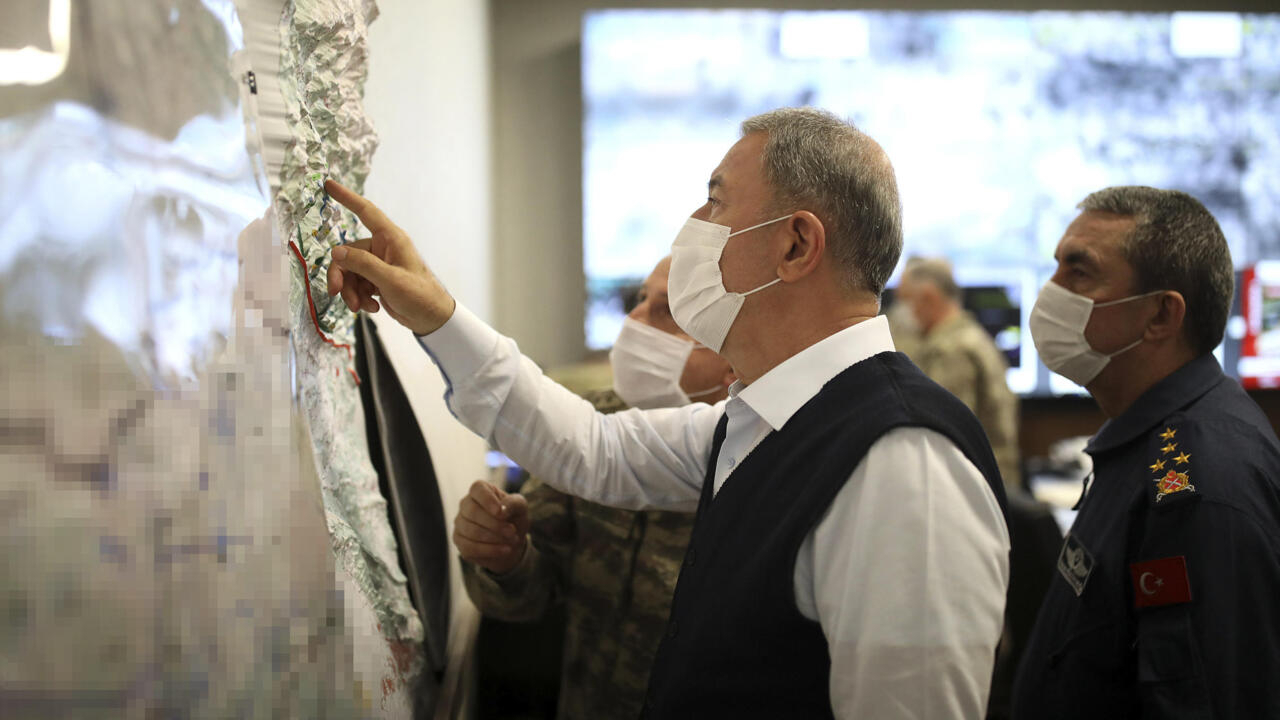 Turkish Defense Minister Hulusi Akar (pictured in June 2020) studies a map at the start of Ankara's military operation against the PKK in Iraq.

Turkey accused the Kurdistan Workers' Party (PKK) on Sunday (February 14) of having killed thirteen of its nationals, most of them members of the security forces, whom it was holding captive in a cave in the north of the country. Iraq.

These heavy losses come as part of an offensive by the Turkish army against the PKK in the region.

The bodies were all repatriated to Turkey.

According to Turkish Defense Minister Hulusi Akar, the thirteen men found dead in this cave in northern Iraq were killed by Kurdish fighters who had held them captive for several years, most since 2015 or 2016.

The victims bore marks from bullets fired "at close range".

Twelve were reportedly injured in the head.

The minister, who says he relies in particular on the testimonies of two members of the PKK taken prisoner by the Turkish army, affirms that these thirteen people were killed just after the launch, on February 10, of an

in the mountainous region from Gara, about thirty kilometers from the Turkish border.

Intelligence among the victims?

Among the victims, soldiers and police but also, probably, members of the intelligence services.

Turkish justice opened an investigation against two deputies of the pro-Kurdish party HDP who had accused the army of blunder, a version defended by the PKK.

A message intended, among others, for the United States of President Joe Biden, which Ankara calls on no longer to support Kurdish fighters in Syria, close to the PKK.

► Also to listen: Turkey: Europeans and Westerners united against Erdogan?

Kurdish civilians in northern Iraq suffer from conflict with Turkey