Choice of direction in divided Catalonia

Go ahead with your head through the wall or come to terms with Spain? This is the question the Catalans faced in the parliamentary elections in the breakaway region. The answer could be sobering. 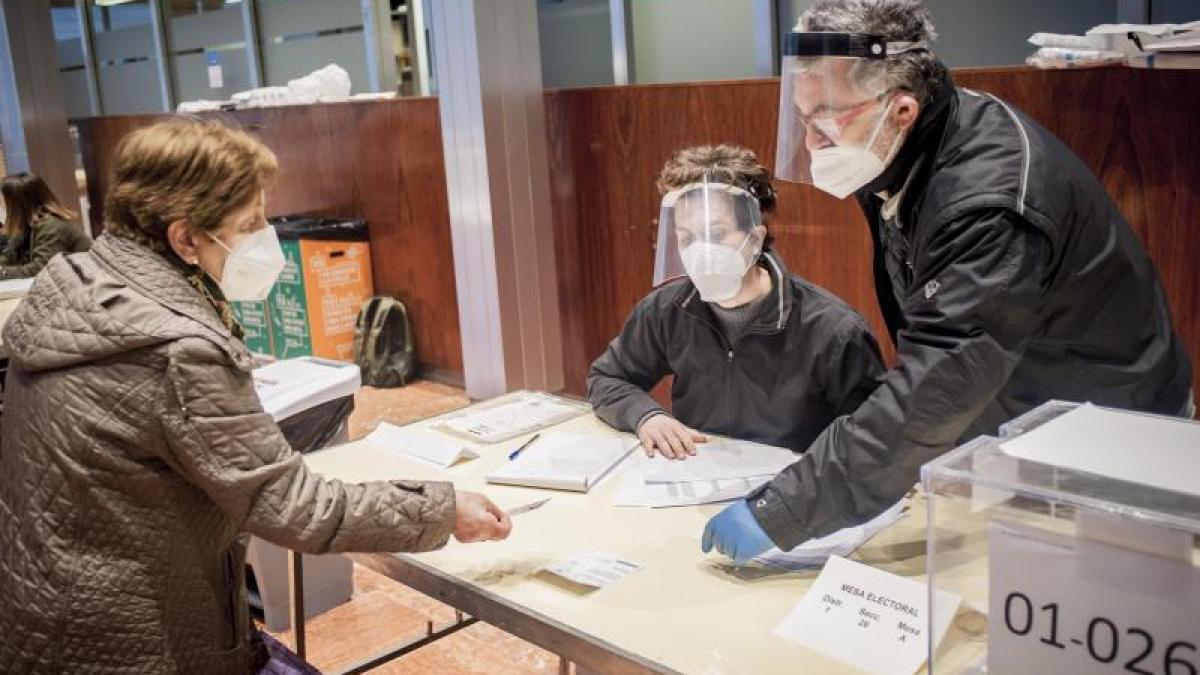 Barcelona (AP) - In the region of Catalonia, which is emerging from Spain, the approximately 5.6 million eligible voters were able to choose between continuing the confrontation with the rest of the country or a settlement.

Surveys saw proponents and opponents of a split in the economically strong region roughly equally strong.

The parties advocating independence could still hope for a majority of the seats because the electoral law gives more weight to votes from rural areas with traditionally separatist voters than those in big cities like Barcelona.

Forming a government could be difficult.

The turnout was significantly lower than in previous elections due to the corona pandemic.

According to surveys, three parties were roughly equal in favor of the voters.

Initially, these were the left-wing ERC and the liberal-conservative JuntsxCat, which had previously formed a minority government.

Both demand the independence of Catalonia, but with one major difference.

ERC wants to achieve independence by negotiating with Madrid, while JuntsxCat hopes with civil disobedience and resistance that an enervated Spain will at some point be unable to help but liberate Catalonia.

The last attempt to achieve independence on the bend and break failed miserably in 2017 when the region briefly renounced Spain after a referendum, which is not provided for in the constitution.

Catalonia was promptly placed under administration by Madrid.

The leaders either fled to Belgium like the then regional president Carles Puigdemont or were sentenced to long prison terms.

The division in society deepened, the economy suffered from instability and independence was not a millimeter closer.

"The separatist parties simply do not dare to tell people: It was all nothing, independence cannot be achieved," says political scientist Oriol Bartomeus.

The third force that could become as strong as ERC and JuntsxCat are the socialists who have been ruling Madrid for a year.

Only shortly before the election did they conjure up their trump card and put the well-known, but not undisputed health minister Salvador Illa, as their top candidate because of the Corona policy.

The calm Catalan wants to end the confrontation that has been going on for years through negotiations with the separatists.

"Vote with hope," he said after the vote in Barcelona.

The most likely partner for this would be the ERC, whose MPs in the national parliament in Madrid are already supporting the minority government of socialist Prime Minister Pedro Sánchez.

But like all other separatist parties, the ERC has ruled out a pact with Illa in writing.

To the right of the center, Spain's largest opposition party, the People's Party, had to tremble.

Surveys saw right-wing populist Vox, who most radically oppose autonomy rights, on par or even ahead.

The liberal Ciudadanos party, which was able to win over many split-off opponents in the 2017 election but has now drifted to the right, is likely to experience a crash.

According to the newspaper “La Vanguardia”, the election result will affect all of Spain.

A JuntsxCat win would not only mean more confrontation in Catalonia, but it could also make life difficult for Sánchez.

Because the stronger the uncompromising advocates of independence become, the less leeway the ERC has in finding a negotiated solution to the conflict.

And support for the Sánchez government in Madrid could also meet growing resistance within the ERC.

But to turn down the socialists' offer to talk could prove tragic in the long run.