Meeting urgently on Friday, the UN Human Rights Council adopted a resolution condemning the coup in Burma and calling for the immediate release of ousted leader Aung San Suu ... 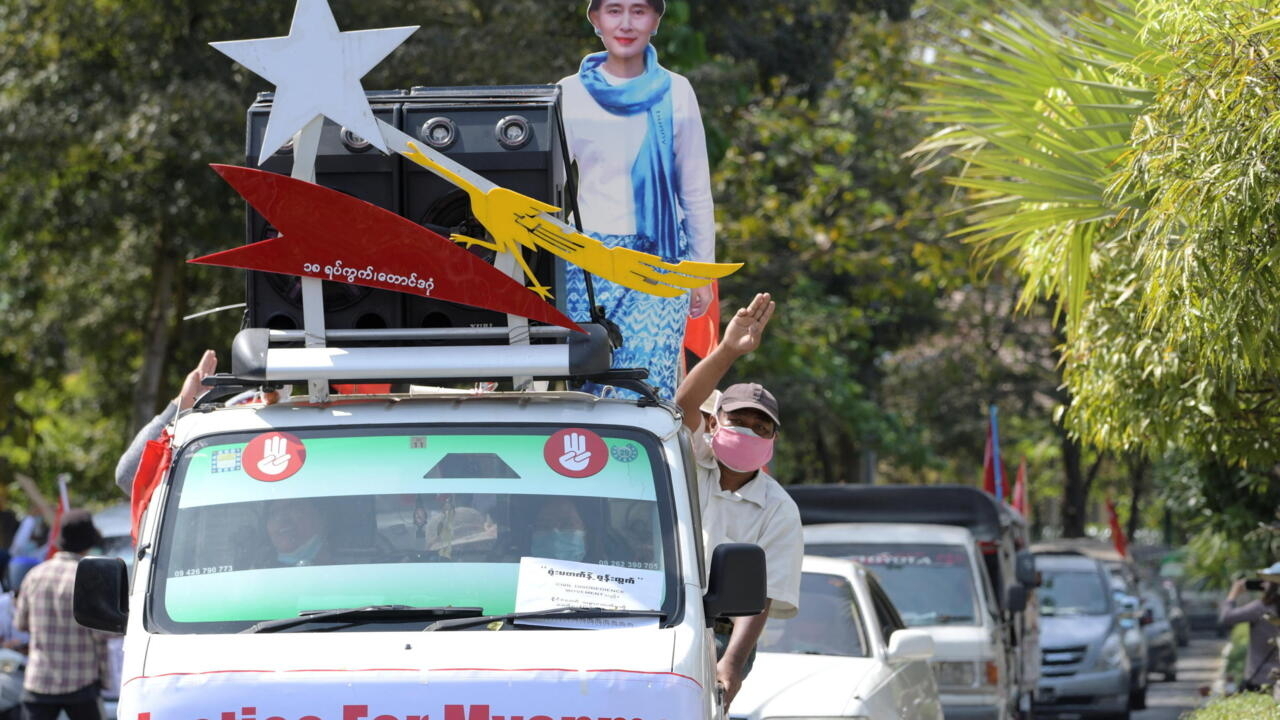 International pressure is increasing on the Burmese military.

A resolution to this effect was adopted without a vote, at the end of an extraordinary session of the 47 member states of the Human Rights Council (HRC) organized at the request of the European Union and the United Kingdom.

China and Russia, traditional supporters of the Burmese army, however distanced themselves from the consensus after the adoption of the resolution.

>> To see: "Coup d'état in Burma: what impact for companies controlled by the junta?"

During the debates, the UN said it was closely monitoring the situation of "more than 350 politicians, state officials, activists and members of civil society, including journalists, monks and students, who were detained "since February 1.

"The whole world is watching" the repression in Burma, warned the UN Deputy High Commissioner for Human Rights Nada al-Nashif, deeming "unacceptable" the use of violence against protesters and deploring " the draconian measures taken to prevent peaceful assemblies and hamper freedom of expression "as well as the strengthening of the police and military presence in the streets.

"Human rights must be respected. Violence must be avoided," Portuguese Ambassador Rui Macieira said on behalf of the EU.

The text adopted on Friday by the CDH "urgently calls for the immediate and unconditional release of all those arbitrarily detained, including State Councilor Aung San Suu Kyi and President Win Myint (...), as well as the lifting of the state of emergency ".

No visit by the UN rapporteur

Contrary to what the draft resolution provided for, the adopted text does not ask the UN special rapporteur on the human rights situation in Burma to go there urgently to assess the situation.

There was, however, little chance that Burma would accept such a visit.

"We regret that our office has long been denied a presence in Burma and we urge the military authorities to grant the Office of the High Commissioner and the Special Rapporteur on the situation of human rights in Burma unlimited and immediate access. ", Nada al-Nashif said.

The resolution also calls for the "reestablishment of the elected government" in November but does not call for sanctions.

Nada al-Nashif for her part called on the international community that the sanctions be "targeted", so as not to plunge the population into misery: "The leaders of this coup are an appropriate target for such actions. "

Ensuring the fight against the pandemic

"It is of paramount importance that no harm is inflicted on the most vulnerable people in the country, and that aid in the fight against the pandemic can continue, as can humanitarian aid in areas of conflict." of the country, she insisted.

The UN special rapporteur on Burma, the American Thomas Andrews, also called on the international community to impose targeted sanctions but also arms embargoes, and to ensure that humanitarian aid goes directly to civil society "instead of going through the junta".

He also called on international companies to stop doing business with the junta.

During the debates, the Burmese Ambassador to the UN, Myint Thu, justified the action of the armed forces, taken in particular "in the light of post-electoral irregularities".

“Burma is experiencing extremely complex challenges and a delicate transition. (...) We therefore look forward to a better understanding of the situation in the country as well as constructive cooperation from the international community, ”he said.

The junta disputes the regularity of the November elections, won overwhelmingly by the National League for Democracy (NLD) of Aung San Suu Kyi.