An international team of scientists has discovered water vapor in the Martian atmosphere. More precisely, it is hydrogen chloride. The find is further evidence that there was life on the Red Planet in the past. 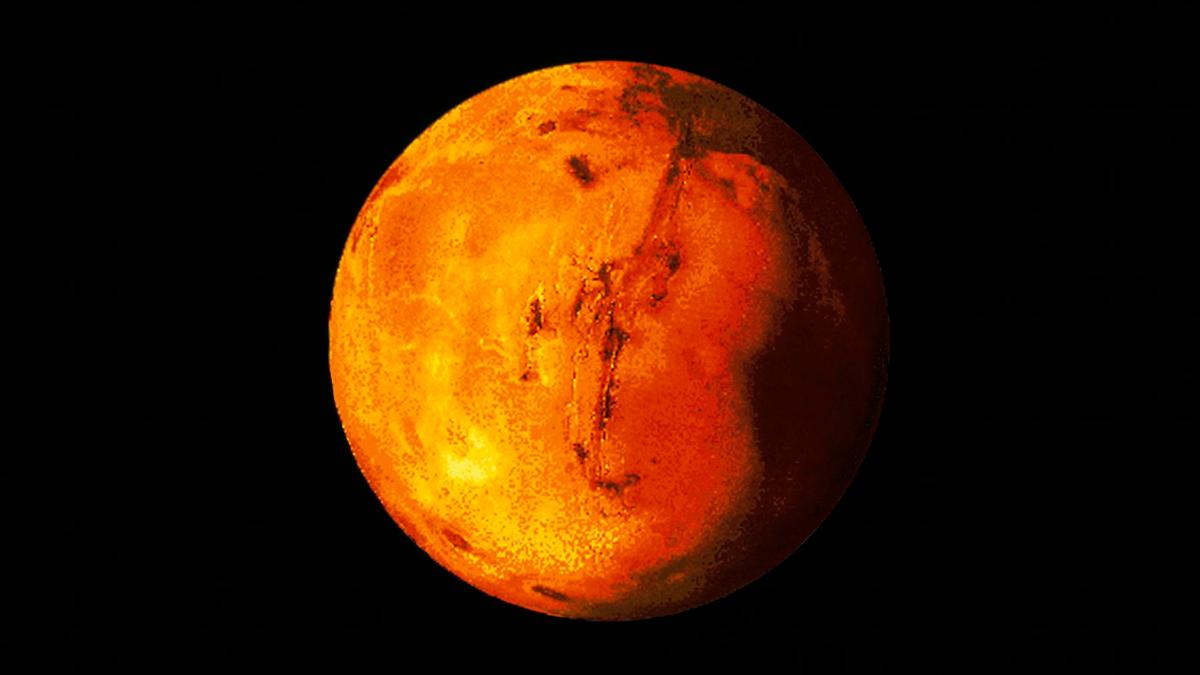 Scientists have discovered water vapor in the Martian atmosphere and thus new evidence that life may have existed on the Red Planet earlier.

Today's water resources on Mars are likely to be largely trapped in the planet's ice caps or below the surface.

However, valleys and apparently dry river beds indicate that water flowed earlier on the Martian surface.

The presence of water is essential for the development of life.

When analyzing the light that penetrates through the thin Martian atmosphere, an international team of scientists led by Oleg Korablew from the Russian Space Research Institute in Moscow found traces of a gas that was previously unknown on Mars, as reported on Wednesday in the journal "Science Advances" set out.

It is hydrogen chloride.

This was proven thanks to a measuring instrument called Nomad from the ExoMars Trace Gas Orbiter mission from the European Space Agency (ESA) and the Russian space agency Roskosmos.

"This fantastic instrument gives us an unprecedented view of water isotopes in the Martian atmosphere," wrote astronomer Manish Patel.

According to the author of the study, the measurement of the water isotopes is an essential factor in researching the question "how Mars lost its water over time and, accordingly, how the habitability of Mars has changed over the course of history".

Sue Horne of the UK Space Agency said the detection of water in the Martian atmosphere was "a key element in our current attempt to penetrate the mysteries of the Red Planet".

It could help answer the question of whether there was ever life on Mars.

Mars has come back into focus this week.

On Tuesday, the United Arab Emirates' Hope space probe reached orbit the Red Planet, and on Wednesday the Chinese probe Tianwen-1 did so.

The Chinese also want to drop a red car on the planet's surface, just like the US space agency NASA.

"Perseverance" is currently still on the approach and should land on February 18th.