Club World Cup: Gignac against the Blues of Bayern, final between French - France 24

Club World Cup: Gignac against the Blues of Bayern, final between French Doha (AFP) France is world champion of nations, and at least one Frenchman will be world club champion: the Tigers, led by their striker André-Pierre Gignac, challenge the ogre Bayern Munich and his six French players on Thursday (19:00) in Qatar in the final. . In Monterrey, Mexico, Gignac is an idol. After offering his club the Concacaf Champions League (Confederation of North and Central Amer 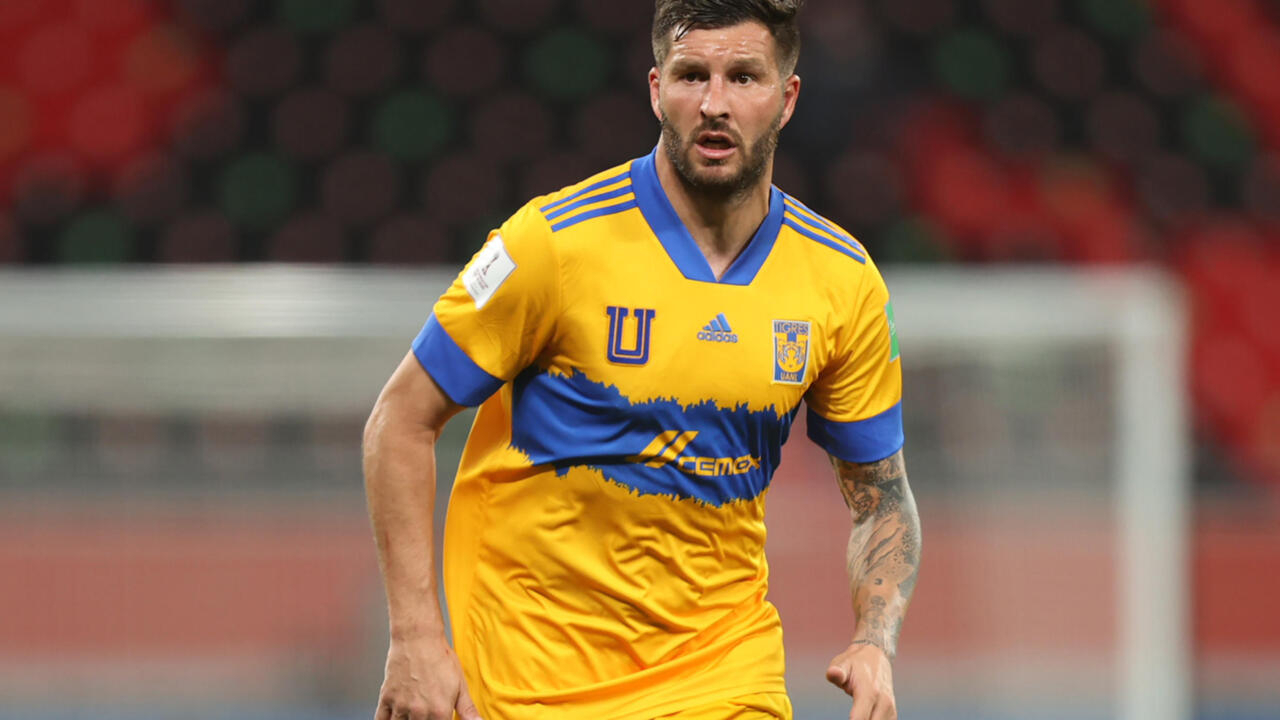 France is world champion of nations, and at least one Frenchman will be world club champion: the Tigers, led by their striker André-Pierre Gignac, challenge the ogre Bayern Munich and his six French players on Thursday (19:00) in Qatar in the final. .

In Monterrey, Mexico, Gignac is an idol.

After offering his club the Concacaf Champions League (Confederation of North and Central America), the 35-year-old striker scored his team's three goals at the Club World Cup: a double in the quarter-finals then a penalty in the semifinals, to remove the Brazilians from Palmeiras (1-0).

"We came here to write history, we've been waiting for this moment for a very long time," said the former Marseillais, who played his 36th and last match with the France team in 2016 (7 goals in total), in qualifying for the 2018 World Cup against the Netherlands.

Since the arrival of "Dédé" in 2015, the Tigers have entered another dimension.

Without him, the club had won, in its 55 years of existence, three Mexican championships and three national cups.

With him, he conquered in five seasons four league titles, three Mexican Super Cups and, after three lost finals, the prestigious Champions League this season.

In front of him, Gignac will have the best goalkeeper in the world on Thursday, Manuel Neuer, whom he can be proud of having already beaten once: in a friendly with France (2-0), the night of sinister memory of November 13 2015, date of the attacks perpetrated in Paris and around the Stade de France by an Islamist commando.

"Gignac also depends on the performance of his team," said Neuer on Wednesday, "he benefits from the work of his wingers who are very strong. We have to keep him out of the area and prevent him from having chances."

A victory for the Mexicans on Thursday at the Cité de l'Education stadium in Al-Rayyan (Qatar) would however be a huge surprise since, since its creation in its modern format in the early 2000s, the Club World Cup has always been won. either by the representative of Europe or by that of South America.

Bayern, who have already won it in 2013, are therefore favorites to try to seal a six-fold trophies in the space of a year (Cup-Championship-Champions League, plus the German and European Super Cups ).

For this, the Bavarian club will also rely on the French.

The best of them currently is Kingsley Coman.

It was he who qualified the Bavarians for this tournament, scoring the only goal of the Champions League final in August against Paris SG (1-0).

Since then, he has been untenable (6 goals, 11 assists this season).

"Since that day in Lisbon, my self-confidence has increased and I'm playing even better," said the 24-year-old winger.

"I think I am in the best time of my career."

Benjamin Pavard is a regular holder on the right flank of the defense.

But he experienced a great deal of fatigue this winter.

Corentin Tolisso is clearly a second choice in midfield.

In the absence of the holder Leon Goretzka (Covid-19), the Spaniard Marc Roca was preferred to him in the semifinals against the African champion Al-Ahly (Egypt) to pair up with the essential Joshua Kimmich.

And Lucas Hernandez, after a last season marred by injuries, alternates as left-back with young Canadian talent Alphonso Davies.

He did not play against Al-Ahly.

As for the other two, they are in the waiting room!

The former Marseillais Bouna Sarr has played little and is not yet at the level expected by Bayern.

And the young defector from PSG Tanguy Nianzou (18) does not compete with the stars Alaba, Süle and Boateng in a central defense which will be crucial on Thursday: it will be a question of muzzling the Tigers and their uninhibited striker André-Pierre Gignac .