The assessment that the owner Jerry Carlqvist is not suitable for running nursing homes remains unchanged. It is clear after the Court of Appeal announced that they do not intend to try his appeal of a previous decision, writes Smålandsposten. 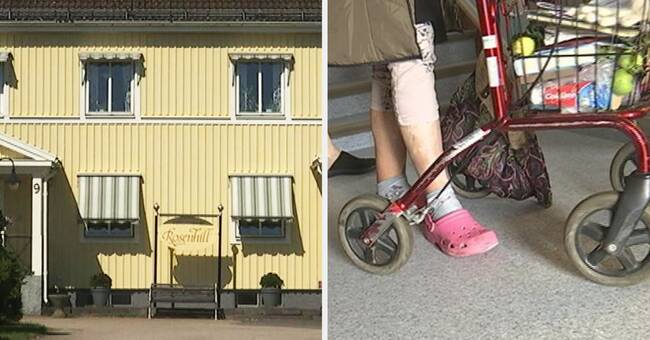 It was after serious irregularities were revealed at the care home Rosenhill in Rävemåla that the Inspectorate for Health and Care Services, IVO, chose to withdraw the permits also for the three other homes operated within the same group, Ting Invest.

Jerry Carlqvist, who owns Ting Invest, appealed that decision to the administrative court, but they went along with IVO's line and believe that Jerry Carlqvist should have acted against the shortcomings of Rosenhill at an earlier stage, and that he is therefore not suitable as responsible for this type of Operation.

Carlqvist appealed that decision to another instance.

But now the Court of Appeal has announced that they will not take up the case and thus the administrative court's assessment is upheld.

It is messy, dirty and there are syringes with inflated opiates when the ambulance staff arrives at the accommodation.

The pictures in the feature are arranged.

SVT Nyheter Småland has talked to Jerry Carlqvist about the latest message, but he does not really want to talk about what it means for the residents.

- In the worst case, we have to put it down.

We are at a crossroads now, but we must have a week or so to analyze the situation, he tells SVT Nyheter Småland.