“Quite a real challenge”: Gazprom expects to commission Nord Stream 2 in 2021

The launch of Nord Stream 2 is expected to take place in 2021. According to media reports, this is evidenced by the data of "Gazprom". The State Duma stressed that the company's expectations are objective, since the gas pipeline is more than 90% ready. Along with this, German Foreign Minister Heiko Maas called on critics of this project to think about the fact that the refusal of the SP-2 would deprive Europe of the opportunity to influence Russia. 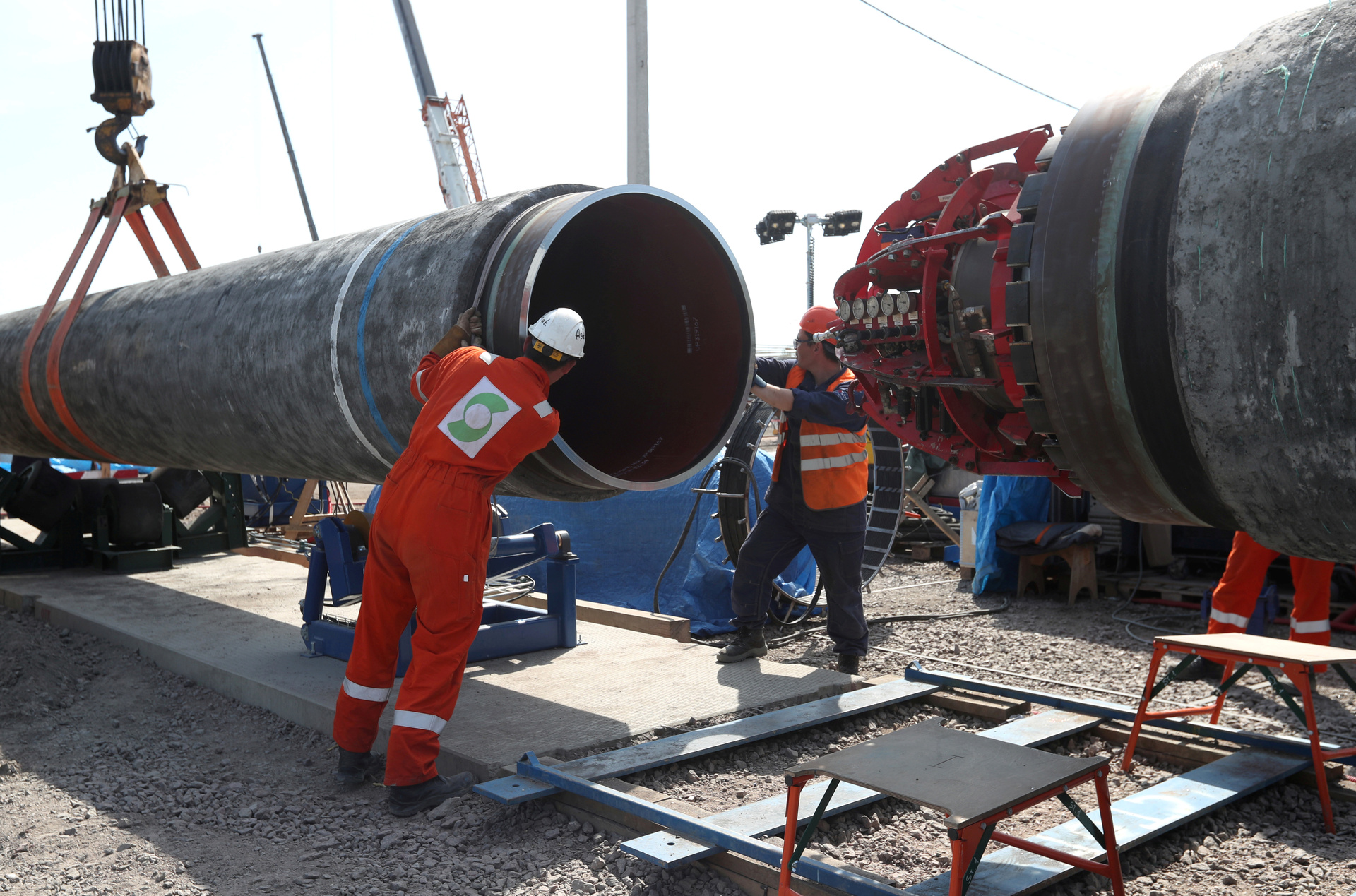 Gazprom expects the commissioning of the Nord Stream 2 trans-Baltic gas pipeline to take place in 2021.

According to media reports, this is stated in the presentation to the speech of Vladimir Vavilov, Deputy Head of the Department of Import Substitution Technologies of PJSC Gazprom, at the inter-industry event “Using the Scientific and Technical Potential of the Defense Industrial Complex in the Interests of the Oil and Gas Industry”.

At the moment, the construction operator Nord Stream 2 AG is working on the laying of gas pipeline branches in the territorial waters of Denmark.

This is being done by the Russian ship Fortuna, which in December 2020 completed the construction of a small section of the gas pipeline located in the exclusive economic zone of Germany.

As TASS reported, the head of Gazprom's Investor Relations Department, Anton Demchenko, during a telephone conference with investors, said that the possible completion date for the construction of the Danish section is April 2021.

Nord Stream 2 is two strings of a gas pipeline with a total capacity of 55 billion cubic meters per year, which pass through the exclusive economic zones and territorial waters of five countries - Russia, Denmark, Finland, Sweden and Germany.

“Nothing prevents the completion of Nord Stream 2.

It remains to finish building just a little, in fact, only a site in the territorial waters of Denmark.

The coastal infrastructure is almost complete.

It seems to me that this is a completely real task, and I think it will be so.

What Gazprom, together with other shareholders, declares about the timing of the completion of the gas pipeline, in my opinion, is more than real, "Deputy Chairman of the State Duma Igor Ananskikh told RT.

Meanwhile, attempts to hinder the completion of the construction of the gas pipeline from Russia to Germany are not abandoned in the United States of America.

So, the Americans have provided for sanctions against participants in the construction process in accordance with the laws on ensuring energy security in Europe (Protecting Europe's Energy Security Act - PEESA) and "On Countering America's Adversaries Through Sanctions" (CAATSA), as well as within its own defense budget (National Defense Authorization Act, NDAA) for the 2021 fiscal year (started on October 1 of the calendar 2020).

At the same time, in early February, senators from the Republican and Democratic parties submitted to the US Congress a bill "On holding Russia accountable for malicious activities."

One of the paragraphs of the document says that the US Secretary of State must persuade Berlin to refuse to participate in the construction of Nord Stream 2.

"Also emphasize the unacceptability of participating in a project that will support the government responsible for killing its citizens for drawing attention to corruption and other abuses, and at the same time make Europe more dependent on the destabilizing and unreliable leadership of the Russian Federation," the bill says.

At the same time, the position of sanctions pressure on the gas project is not shared in Germany.

Former Chancellor Gerhard Schroeder stressed that the completion of the construction of the SP-2 is in the interests not only of Germany, but also of the whole of Europe.

He also recalled that the Russian side has always punctually fulfilled its supply obligations.

“I consider it absolutely wrong to link this with any other issues.

I am glad that the German government has clearly stated: Nord Stream 2 serves our interests, we would like it to be completed, "he said.

In turn, the current German Foreign Minister Heiko Maas pointed out that the United States demands from Berlin to stop the construction of the pipeline, while at the same time "increasing the supply of heavy oil from Russia".

“Anyone who, in principle, questions Nord Stream 2, should also think about what, at least, geostrategic consequences it will have and what it will mean in terms of the possibilities of influencing Russia from Europe,” he said diplomat.

Deputy Chairman of the State Duma Igor Ananskikh, commenting on the words of Maas, called the project "an unconditional benefit for Europe", pointing out that the gas pipeline will have a positive effect on the entire business sector of the continent.

"The German Foreign Minister thinks about his people, about his entrepreneurs so that they can live better, which cannot be said about officials of other states," the interlocutor of RT explained.