The multinational naval exercises AMAN-2021 with the participation of more than 40 states, including Russia, the United States, the United Kingdom, Japan and China, will start in Pakistan. These are the first maneuvers in the last 10 years, where naval sailors and military personnel of NATO countries are present. However, experts do not expect such an undertaking to be a prologue to a thaw in relations between Moscow and the North Atlantic Alliance. According to analysts, in the foreseeable future, the leadership of the military bloc will not abandon the confrontational course towards the Russian Federation. 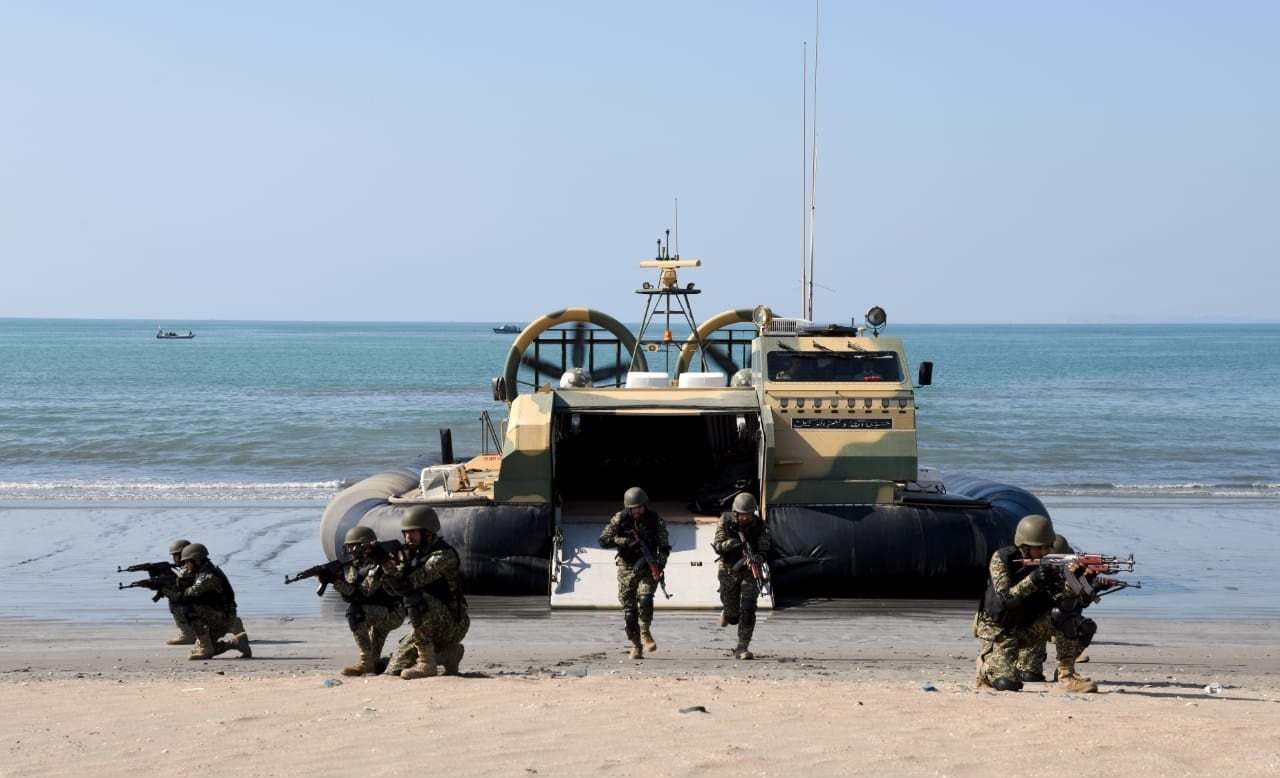 An international naval exercise AMAN-2021 will start off the coast of the Pakistani city of Karachi.

More than 40 states take part in them, including the forces of the Russian Federation, the USA, China, Great Britain, Japan, Turkey, the Philippines, Sri Lanka, Indonesia and Malaysia.

From the Russian Navy, a grouping of the Black Sea Fleet is present at the maneuvers: a project 11356R frigate "Admiral Grigorovich", a patrol corvette of a project 22160 "Dmitry Rogachev", a rescue tugboat SB-739, one deck-based helicopter, a marine unit and a demining detachment.

The main goal of AMAN-2021 is to promote regional cooperation, increase interoperability and enhance synergy in the fight against piracy, terrorism and various non-traditional threats.

“No country will be able to cope alone with the many different existing and daily emerging threats.

Therefore, ensuring maritime security through joint efforts is the connecting link that allows maintaining peace and stability in the region, ”said the commander of the Pakistani Navy, Rear Admiral Navid Ashraf.

The AMAN exercises have been held since 2007, the current one is the seventh in a row.

According to the program, the participants in the maneuvers must work out the tasks of providing communication, repel an enemy attack, and perform search and rescue missions.

The Pakistani Navy is to conduct a series of demonstration events.

The exercise will end on February 16.

In an interview with RT, the head of the regional security sector of the RISS Defense Research Center, Sergei Ermakov, explained that the AMAN-2021 exercises are in the interests of all countries affected by the threat of piracy and terrorism.

According to him, "such challenges and threats must be addressed together."

In a commentary to RT, the head of the Bureau of Political-Military Analysis, Alexander Mikhailov, said that AMAN-2021 could positively affect the security of the Asia-Pacific Region (APR).

“Unfortunately, now, after the destruction of the INF Treaty, the Asia-Pacific countries have turned into potential sites for the deployment of US intermediate and shorter-range missiles.

These exercises, given the wide range of participants, will not solve this problem, but they will somewhat restrain passions, ”Mikhailov emphasized.

According to experts, it is not clear from the available information whether the ships of the Black Sea Fleet will carry out any joint tasks with the sailors of the NATO countries.

Nevertheless, they emphasized that Pakistan was the first platform where the naval forces of the Russian Federation and the NATO member countries met after the severance of relations in 2014-2015.

“AMAN-2021 takes place outside the framework of relations between Moscow and NATO.

It is important to emphasize that these are not joint exercises.

Nevertheless, here too, NATO members could arrange a demarche, but this did not happen.

In my opinion, this is a positive moment, although, of course, there is no reason to talk about any significant shift in relations between Russia and the alliance, ”says Ermakov.

Mikhailov also believes that AMAN-2021 will not become a prologue to a thaw in relations between Russia and NATO.

In his opinion, the situation can get off the ground only with the restart of the mechanism of joint exercises, which were carried out before the aggravation due to the Ukrainian crisis.

The last time the naval forces of Russia and the countries - members of the North Atlantic Alliance worked out joint tasks at sea from May 30 to June 9, 2011 in the area of ​​the Spanish port of Cartagena during the Bold Monarch 2011 exercise.

They were attended by ships, aircraft and submarines of 20 alliance states, including the navies of the United States, Great Britain, Spain, Italy, the Netherlands, Portugal, France, Norway, Greece and Turkey.

A diesel-electric submarine of project 877B "Alrosa", a rescue tug of project 712 "Shakhtar", a killer vessel of project 141 KIL-158 and a rescue ship of project 527M "Epron" were sent from the Russian side to the shores of the Iberian Peninsula.

“According to the scenario of the exercise, Alrosa designated an emergency submarine, having plunged for this on the ground in the area of ​​the exercise.

The NATO rescue force organized the evacuation of the crew under water.

Also, as part of the exercise, a medical exercise took place on the Epron rescue vessel ... "- reads the materials of the RF Ministry of Defense.

As reported by the Russian Defense Ministry, the Bold Monarch 2011 maneuvers contributed to the development of a unified approach to rescue operations and the exchange of experience for more effective interaction "in the event of emergencies with ships and submarines at sea."

In addition, earlier sailors from Russia and the alliance member countries conducted exercises to strengthen cooperation in the fight against terrorism and piracy.

Also, before the breakdown of relations after the Ukrainian crisis, the military of Russia and the NATO states carried out regular maneuvers with the involvement of other types and types of troops.

In particular, the forces of the Russian Federation and the alliance worked out the tasks of anti-missile defense and the interaction of the air forces.

In 2013, shortly before the start of unrest in Ukraine, aircraft and ground services of the Russian Federation, the United States and Canada conducted the Vigilant Eagle 2013 exercise, the purpose of which was to practice escorting a passenger airliner captured by mock terrorists by fighters.

The website of the Ministry of Defense of the Russian Federation noted that such measures increased "the effectiveness of possible joint actions in responding to modern challenges and threats."

"Moscow is ready for dialogue"

According to experts, the practice of joint exercises between Russia and NATO made it possible to smooth out the contradictions and was generally useful, although it did not resolve fundamental issues - the expansion of the alliance to the east, the presence of American troops in Europe, and the arms race.

“The joint exercises with NATO demonstrated that, despite persisting deep contradictions, we have points of contact, common threats - terrorism, extremism, piracy.

This pragmatic interaction must exist, but it has become a victim of NATO policy, "said Alexander Mikhailov.

According to the expert, it makes sense for the North Atlantic Alliance to resume the practice of joint exercises instead of the course on intensifying military activity near the borders of the Russian Federation, which is reflected in the constantly growing number of reconnaissance flights and maneuvers of NATO ships.

Moscow perceives the activities of Western states as a provocation and warns that such behavior may lead to negative consequences for security.

“In 2020, the activity of the aviation and naval forces of the alliance has increased significantly, more and more situations arise that can lead to serious incidents,” Deputy Defense Minister Alexander Fomin said in an interview with Rossiyskaya Gazeta in December last year.

Sergei Ermakov considers it impossible to resume the Russian-NATO exercises in the foreseeable future.

According to him, the alliance will not go to work out military coordination with the Russian military due to its unwillingness to abandon attempts to exert pressure on Moscow.

“In the current conditions, the interaction between our military with the partners of the alliance will be demonstrative.

I see no prerequisites for NATO to abandon the course of military-political opposition to the Russian Federation.

It will remain on the agenda.

Although Moscow is ready for dialogue and would welcome steps towards normalizing relations, ”summed up Ermakov.