"An attempt to exert pressure on Russia": how the United States is increasing its military presence in the Black Sea

The Russian Embassy in the United States has called on Washington to stop "reckless saber rattling" in the Black Sea. According to the diplomatic mission, ensuring peace and security in this region does not require “foreign intervention”. Earlier, NATO forces, with the participation of Georgia and Ukraine, conducted regular exercises in the Black Sea waters. According to the Ministry of Defense of the Russian Federation, the activity of the alliance in this region threatens the security of the Southern Military District. In turn, experts note that Washington thus seeks to exert force pressure on Russia. At the same time, according to analysts, Moscow has chosen a correct response strategy, reacting with restraint to provocations. 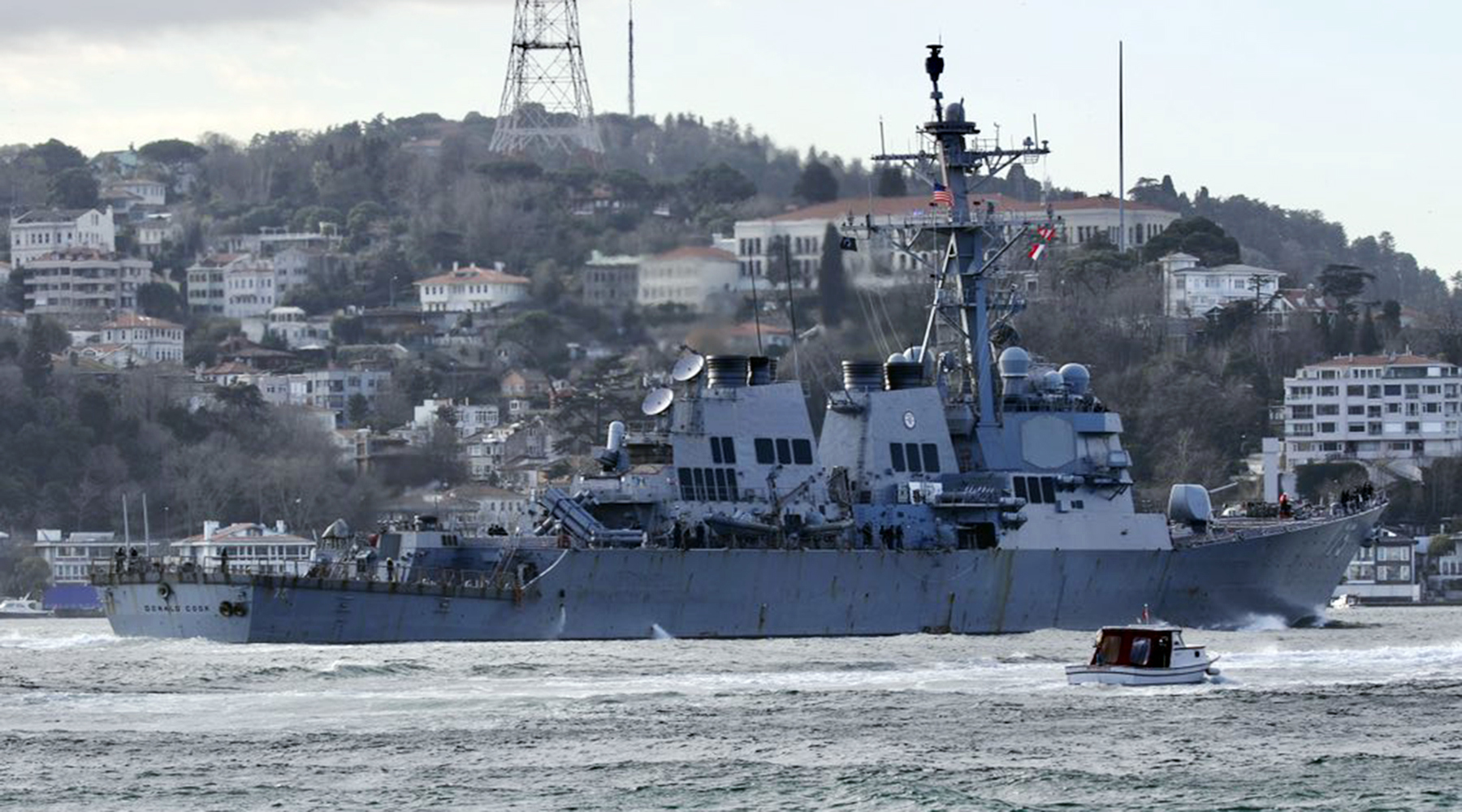 The Russian Embassy in the United States has called on Washington to stop raking weapons in the Black Sea.

Thus, the diplomatic mission commented on the teachings of the US Navy and its allies in the region on Twitter.

“We call on the US Armed Forces to stop reckless saber-rattling and go about their business in the territorial waters of the United States.

To ensure peace and security in the Black Sea, foreign intervention is not required, ”the embassy said in a statement.

According to diplomats, the US 6th Fleet "can't wait to find the enemy in the Black Sea."

“He is desperately looking for an excuse - now openly, under the guise of military exercises - to increase his presence in the region,” the Russian embassy believes.

"Along the entire perimeter of borders"

On February 10, the press service of the US 6th Fleet reported that the grouping of American ships, with the involvement of aviation, worked out tasks in the Black Sea together with the Turkish Navy.

After completing the maneuvers, the American ships headed for the Bosphorus and the Dardanelles.

From the US 6th Fleet, guided missile destroyers (URO) such as Arleigh Burke USS Porter and USS Donald Cook were present at the exercise.

As Rear Admiral Michael Base said at a conference on security and defense at sea in Hamburg in early February, the Black and Mediterranean Seas are critically important for the 6th Fleet, especially in the context of "malicious Russian influence", competition in the energy sector and the presence of frozen conflicts.

“In the Black Sea region, there are US allies and partners in NATO, who are increasingly concerned about Russia's return to military build-up and its readiness to encroach on the sovereignty of other countries,” Base said at the time.

However, Moscow disagrees with this interpretation.

The Russian Defense Ministry perceives the activities of Western forces in the Black Sea as an attempt to threaten the facilities of the Southern Military District.

According to the department, US planes and ships regularly approach the Russian borders, sometimes imitating the delivery of missile strikes.

As Sergei Rudskoy, Chief of the Main Operations Directorate of the General Staff of the Russian Armed Forces, said in September 2020, Russian means of control recorded on August 28, September 4 and 14 the crews of US strategic bombers B-52H exits "to the lines of using cruise missiles over the waters of the Black and Azov Seas." ...

According to him, the number of flights of foreign reconnaissance aircraft in the Black Sea region increased by 40% compared to the same period in 2019.

At the same time, intelligence activity near the Crimea increased by 61%.

“The number of calls to the Black Sea by the warships of the North Atlantic Alliance remains high.

The total duration of their stay from January to September (2020 -

Up to 40% of them are carriers of long-range high-precision weapons, ”Rudskoy said.

All actions of American and Western forces in the Black Sea are monitored by Russian troops.

So, on September 14, 2020, Su-27 fighters were forced to escort B-52Ns, which were moving towards the borders of the Russian Federation from the Ukrainian side.

At the end of November, the Aerospace Forces did not allow the US Air Force RC-135 reconnaissance aircraft to violate the border.

In addition, the monitoring of the movement of US ships and their allies in the Black Sea is being carried out.

So, on January 23 of this year, immediately after the passage of the Bosphorus, the destroyer USS Donald Cook was taken for escort, and on January 28 - USS Porter.

However, NATO believes that the bloc's activities in the Black Sea are allegedly justified and is a "response" to Russia's buildup of military power.

Brussels has repeatedly stressed that it is strictly committed to observing security measures in the region.

Experts, however, regard such arguments as a kind of slyness on the part of the alliance, which is trying to pass off Russian measures to ensure the security of naval bases and facilities of the Southern Military District as "aggressive" behavior.

“The main goal pursued by the military-political leadership of NATO and the United States is an attempt to exert pressure on Russia along the entire perimeter of its borders.

If we talk about the south, then here the Americans are clearly abusing the Montreux Convention, "said Vladimir Vinokurov, professor of the Diplomatic Academy of the Russian Foreign Ministry, in an interview with RT.

"There is a risk of conflicts"

Analysts also state that recently American planes and ships have indeed begun to appear frequently in the Black Sea.

In addition to monitoring their movements, the Russian fleet is forced to constantly conduct retaliatory exercises, which are of a preventive nature for NATO.

In particular, in parallel with the maneuvers of the alliance in late January and early February, the ships of the Black Sea Fleet worked out missions with the use of weapons at training ranges.

Project 11356R frigate "Admiral Makarov", together with the calculations of the coastal complexes "Bastion", destroyed the vessel of a mock enemy intending to launch a missile strike.

Vladimir Vinokurov believes that Russia as a whole adequately responds to the provocative maneuvers of the Navy and aviation of the North Atlantic Alliance.

He recalled that, in addition to strengthening the potential of the Black Sea Fleet, Moscow responds to NATO by stepping up strategic aviation flights.

In a commentary on RT, the editor-in-chief of National Defense magazine Igor Korotchenko said that by increasing its presence in the Black Sea, the United States expects to create new confrontational incidents.

“American ships, equipped with the latest systems of strike missile weapons, are in the Black Sea, behave quite aggressively, forcing Russia to take certain countermeasures.

In this regard, the risk of potential conflicts is created, ”says Korotchenko.

He believes that Moscow is following the right tactics, calling on the United States and NATO to abandon aggressive actions and maintaining restraint in retaliation.

All American forces in the Black Sea are taken on escort, tracked by Russian controls, including coastal anti-ship systems.

All this makes it possible to neutralize forcefully if a foreign group suddenly becomes aggressive.

But Russia does not need a confrontation, which is constantly emphasized in Moscow, ”concluded Korotchenko.