After 202 days in space and a journey of around 470 million kilometers, the Chinese space probe will reach Mars. However, a few months will pass before the attempt to land on the Red Planet. 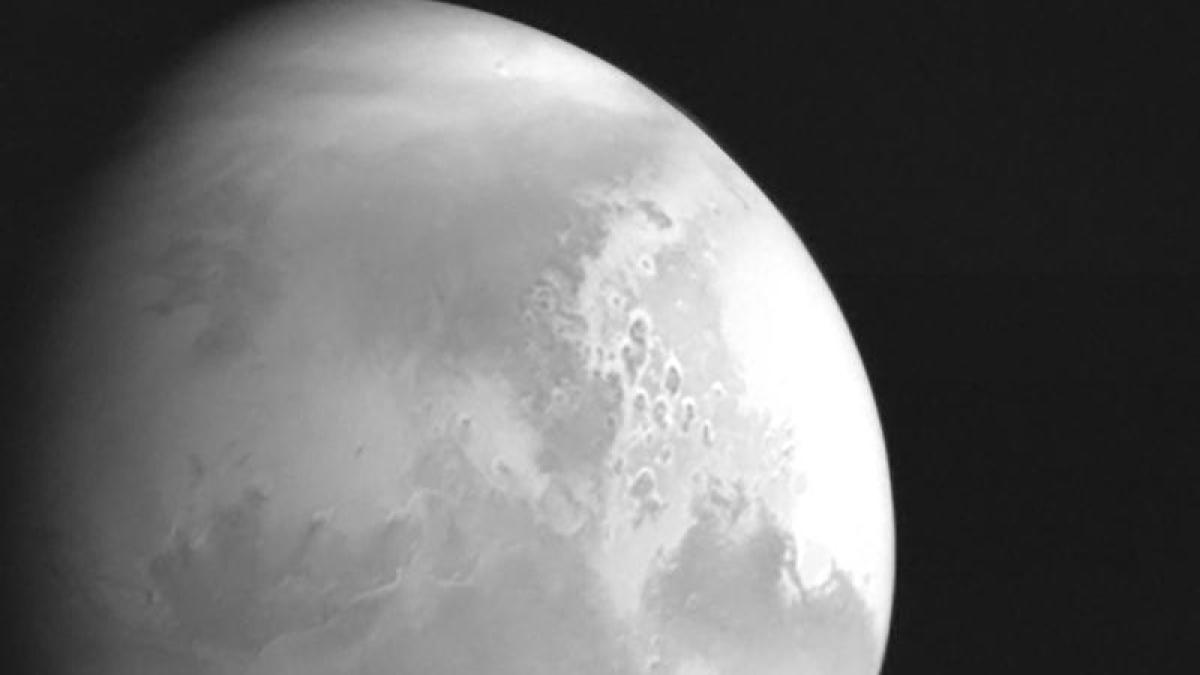 Beijing (AP) - China's probe for exploring the surface of Mars has swung into the orbit of the red planet.

"Tianwen 1" has "successfully" reached an orbit around Mars, the Chinese state broadcaster CCTV reported on Wednesday.

The probe is expected to orbit the planet for another two or three months before attempting the risky landing.

The five-ton spaceship, whose name is translated as “questions to the sky”, consists of an orbiter, a lander and a vehicle the size of a golf course vehicle.

With its first Mars landing, the young space nation wants to catch up with the USA, which has already brought several research devices to the planet.

However, China will be the first nation to attempt a landing on its first independent Mars mission.

The flight is considered to be one of the most difficult China has ever undertaken.

Landing is a big challenge because Mars, unlike the moon, has its own atmosphere.

Of 18 attempts to land on Mars so far, only 10 have been successful - nine by the USA alone.

Russia landed in 1971, but contact was broken 20 seconds after touchdown.

During the landing, which China is planning, a parachute and drag rockets will slow the fall of the lander and finally let the device touch down in a controlled manner.

After landing, the rover should then examine the nature of the soil and look for evidence of water below the surface.

A weather station will take measurements of the surface climate.

The plan is to land in the flat Mars region of Utopia Planitia, where the US probe "Viking 2" touched down in 1976.

The Chinese rover, weighing 240 kilograms, is expected to explore the surface for just over three months.

The orbiter, which remains in orbit, will meanwhile take atmospheric measurements and map Mars.

China's mission is one of three flights to Mars that started last summer.

In July and August 2020, Mars was closest to Earth - a constellation that only occurs every two years.

Therefore, in addition to China, the United Arab Emirates (UAE) and the USA had sent space probes towards Mars.

The USA will soon be able to follow suit with their “Perseverance” rover.

China has an ambitious space program.

It was not until December that the “Chang'e 5” mission successfully brought samples from the surface of the moon to Earth.

The construction of a Chinese space station is also expected to begin in 2021.

The core module and two other parts are to be brought into space for experiments.