Another five regions are starting screening for bowel cancer

Bowel cancer is one of our deadliest cancers, but survival could be improved if the cancer was found in time. In 2021, therefore, older people in the Dalarna, Skåne, Örebro, Östergötland and Norrbotten regions will begin to be screened for the disease. 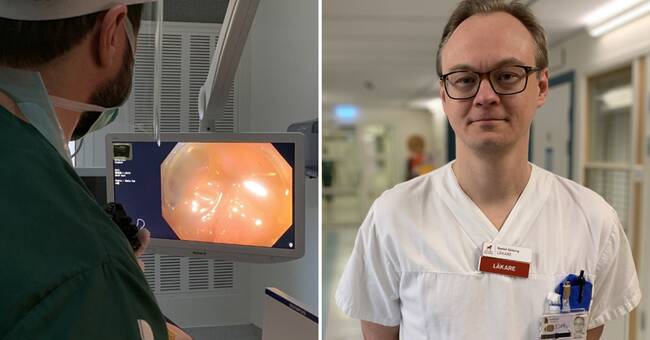 The disease becomes more common the older you get and it is the form of cancer that causes the third most deaths in the country.

- It is an insidious disease that is often detected too late because it does not cause any symptoms when it develops in the intestine, says Daniel Sjöberg, specialist in gastrointestinal diseases at Falu Hospital.

Survival increases if you find the bowel cancer in time by screening with stool samples.

If the sample shows invisible blood, the patient is called for a colonoscopy, a camera examination of the colon.

Most countries in Europe have already introduced screening for bowel cancer, but Sweden is lagging behind.

It has been seven years since the National Board of Health and Welfare recommended national screening of all 60-74-year-olds, but so far only two regions do so - the Stockholm and Gotland regions have been screening for over a decade.

Only this year, another five regions will offer the service to their residents, while it will be a while for the other 14 regions.

The Dalarna region is the first to screen all 60-year-olds from March.

Then Skåne, Örebro, Östergötland and Norrbotten follow during the year.

Lack of colonoscopy capacity is the reason why it took so long for several regions to introduce the screening.

- 10 years ago, we only had half of Stockholm's capacity and therefore we have limited the resource to the patients who have symptoms.

Now we have expanded the capacity and will continue to do so, says Reidar Källström, head of the Center for Surgery, Orthopedics and Cancer Care in the Östergötland region.

The business will be built up gradually and in three to four years the regions hope to be able to screen all 60 to 74 year olds every two years.

A patient undergoes a colonoscopy examination at Falu Hospital.

If all 21 regions in the country screened the recommended age group, mortality could be reduced by 15 percent.

- This means that you could save about 300 lives every year, says Daniel Sjöberg.

The screening also means that pre-stages to cancer are found, polyps that can be removed in time so that patients do not have to suffer much and a difficult treatment.