Steinmeier's defense of Nord Stream 2 is forgotten in history

The Federal President also justified Nord Stream 2 with Germany's special obligation to Russia that grew out of the crimes of the Nazi regime. As if other states of the ex-Soviet Union had not suffered the same or even more. 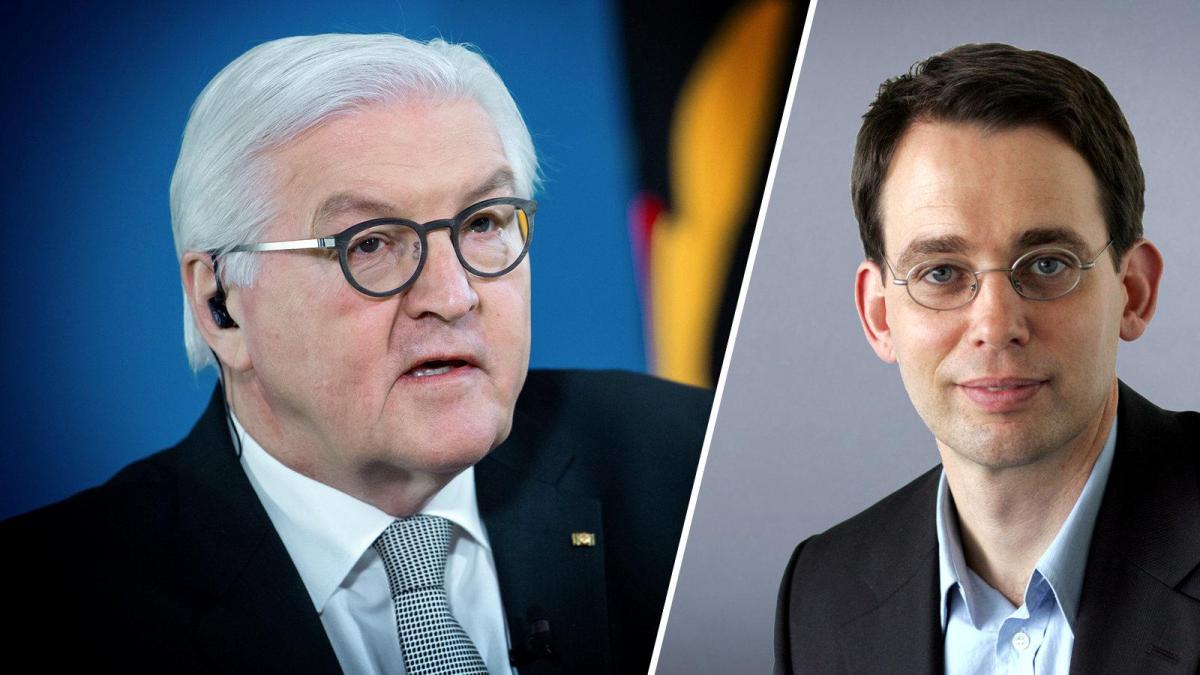 When politicians run out of arguments, they tend to resort to crooked historical comparisons.

However, it does not happen every day that the highest office bearer in the Federal Republic practically ex cathedra misrepresents history, as President Frank-Walter Steinmeier does in an interview with the "Rheinische Post".

That is questionable enough.

Steinmeier does not leave it at that, but pleads for indulgence with Russia, especially on the German side, in view of the 20 million deaths in the Soviet Union as a result of the atrocities of the Nazis.

"Yes, we live in the present of a difficult relationship", says Steinmeier, "but there is a past before and a future after".

Only: if you are trying to find out about history, then you shouldn't treat it as a quarry from which you can break out any individual parts and then assemble them into a falsified memory.

Yes, the Soviet Union was a Russian project and, so to speak, the continuation of Russian imperialism by other means.

It is also correct that Russia has become the legal successor to the Soviet Union in many ways.

However, this does not mean, as Steinmeier implies, that the German crimes in the territory of the Soviet Union would justify a higher moral obligation towards Moscow than towards other states in Eastern Europe.

After all, many other countries that are independent today once belonged to the Soviet Union.

For example the Baltic states and Ukraine, where the Nazis raged particularly terribly.

Ukraine has rightly defended itself against Steinmeier's Russia-apologetic interpretation of history.

After all, this country suffered particularly badly under both dictatorships, the Soviet as well as the German.

The historian Timothy Snyder called the area between central Poland and western Russia "Bloodlands" where Stalinism, the German-Soviet occupation of Poland and the Second World War wreaked havoc on unbelievable proportions.

At the beginning of the 1930s, Ukraine was first a victim of the Soviet-ordered hunger genocide against the Ukrainian population, the so-called Holodomor, and later the scene of the most cruel Nazi crimes.

Ukraine has therefore actually deserved our double solidarity, the one that has grown out of German history as well as help in avoiding falling victim to Russian expansion and power striving again, as it is currently manifesting in Crimea and eastern Ukraine.

Nord Stream 2, however, is exactly the opposite, as it bypasses the gas pipelines leading through Ukraine to Europe and thus gives Moscow new means of blackmail against Kiev.

To excuse this geostrategic gain for Moscow with the history of the Second World War is not only historically forgotten, it is downright infamous in view of the suffering that both Nazi Germany and Russian Soviet imperialism caused in Eastern Europe and the non-Russian parts of the Soviet Union.

Obviously, such a distorted interpretation of history is still so present in the German discourse on Russia and Eastern Europe that even a Federal President spreads it as a matter of course.

That is intellectually and morally shameful.