More than one in ten adults in Hagfors municipality has received their first dose of corona vaccine. That is more than twice as many, in percentage terms, as the average in Värmland. Early start and quick decisions are some of the explanations for the relatively fast vaccination rate. 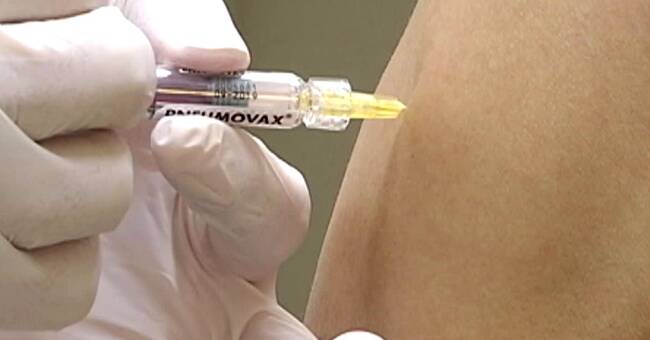 In the refrigerator of the district nurses in Hagfors municipality, there is only a single ampoule with vaccine left.

Not because there was actually a shortage, the municipality has largely received what was ordered, but the work rate has been high, and already more than ten percent of Hagfors' population is vaccinated with the first dose.

At the same time, Karlstad - which was the first to vaccinate, has vaccinated the least proportion so far.

Big difference between the municipalities

The figures apply up to and including week 4, and a total of 9,869 in Värmland received a first dose, which corresponds to 4.32% of the adult population.

But it varies greatly between municipalities.

In Karlstad, up to and including week 4, almost 2,000 had received their first dose (2.52%), while the municipality of Hagfors then vaccinated just over one in ten adult municipal residents (1,008, corresponding to 10.2%).

Even when it comes to the second dose, Hagfors municipality is best off with 150 vaccinated.

- We had a major outbreak in our nursing homes in December.

So when the region announced that there were early vaccine doses available, if one could get started quickly, we hooked on.

We saw it as a lottery, quite simply, says Ida Nyberg, medically responsible nurse in Hagfors municipality.

Vaccination out in the cottages

All care and welfare recipients at the municipality's nursing homes have received two doses.

Vaccination is now underway for those who have home care, as well as their own staff.

- We are out in the cabins and vaccinating and it has been very positive, says Maud Wallin, district nurse in Hagfors municipality.

People are so happy when we come, and that they do not have to try to get to a vaccination site.

No shortage of vaccine

Several municipalities have explained the slow vaccine rate with a lack of vaccines, but Ida Nyberg states that Hagfors municipality has largely received what it ordered.

- It has been a little smaller now in recent weeks, but otherwise we have got what we wanted, and we have also used it.

This is what it looks like in your municipality according to figures from Region Värmland.