Australian Open: Rublev and Kenin pass, Nadal makes his debut Melbourne (AFP) Sofia Kenin running in, Andrey Rublev out for a ride. The defending champion and one of the currently fit Russians managed to secure their tickets for the second round of the Australian Open on Tuesday. The day will be marked in particular by the entry in the running of Rafael Nadal, in search of a 21st record title in Grand Slam, eagerly awaited but in delicacy with a painful ba 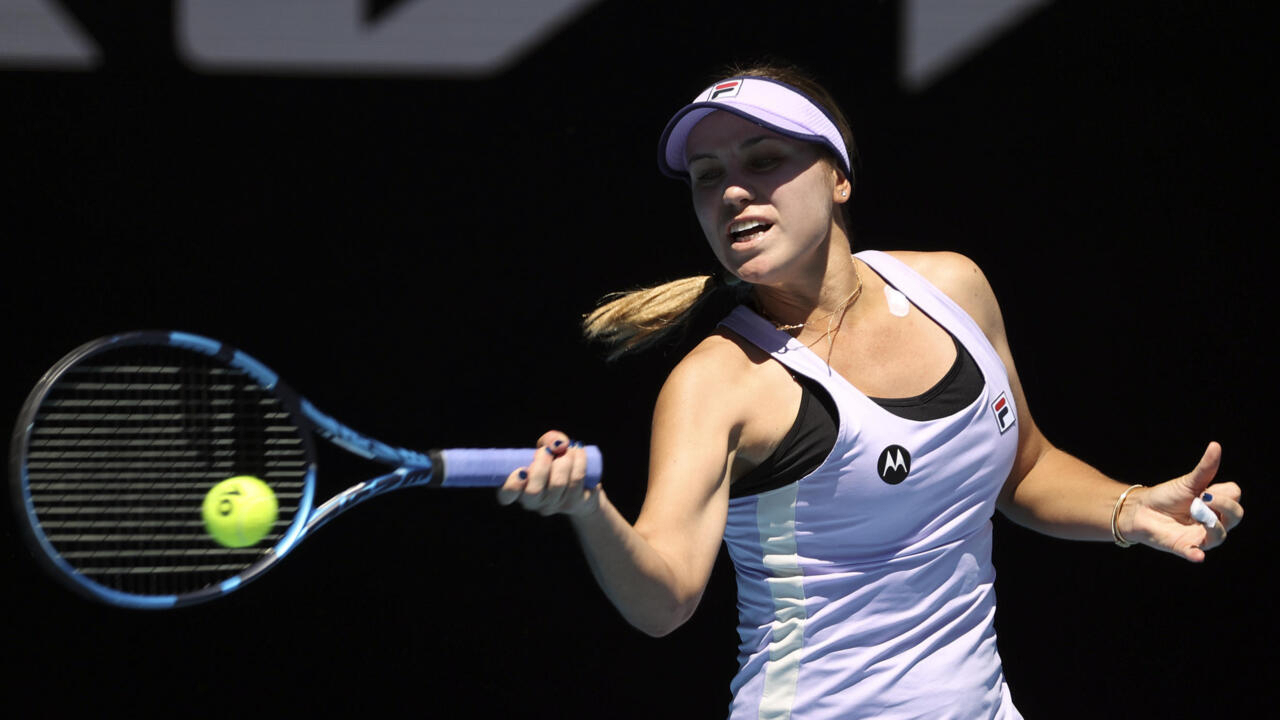 Sofia Kenin running in, Andrey Rublev out for a ride.

The defending champion and one of the currently fit Russians managed to secure their tickets for the second round of the Australian Open on Tuesday.

The day will be marked in particular by the entry in the running of Rafael Nadal, in search of a 21st record title in Grand Slam, eagerly awaited but in delicacy with a painful back.

"I'm really happy to defend my title, but I'm afraid of losing quickly."

Sofia Kenin had expressed her doubts to the New York Times a few days before the first Grand Slam of the year.

She relieved a little pressure on Tuesday by qualifying logically against Australian guest Madison Inglis (133rd), 7-5, 6-4.

After a bright 2020 season, with a record of 16 victories for only two defeats, the 22-year-old American starts 2021 rather correctly, despite some signs of stress and inaccuracies still present.

The one who won the Australian Open last year, to everyone's surprise, remains ambitious and never completely satisfied with herself.

"I'm still a little nervous on the first few laps. I'm glad I got through this lap, even though I wasn't 100%. I'm still not totally happy with the way I played, but I'm making sure I'm ready for the next round, ”Kenin said on the court after his game.

In fact, all nervousness has not completely disappeared in the American, who committed 27 double faults in this first match.

We could especially see it on the first match point where the world number 4 committed a double fault.

And as often, she also expressed her emotions a lot.

"Stay focused" repeated her father and coach several times from the stands.

The finalist of the 2020 edition of the Australian Grand Slam, Garbine Muguruza she obtained without too much difficulty his ticket for the second round by easily beating the lucky Russian loser Margarita Gasparyan (125th), 6-4, 6-0.

On the other hand, a former double champion in Melbourne and former world No. 1, the Belarussian Victoria Azarenka, she took the front door, beaten by the American Jessica Pegula (64th).

After his ATP Cup victory with Russia, Andrey Rublev is undoubtedly one of the fit men of the moment.

"I do not know if we can say that I play the best tennis of my life, but certainly I played well and knew how to reach a high level of play", welcomed the world N.8 at the end of the match.

"And today I managed to take control of the game almost from the start, to win in three sets. I'm very happy."

After his 5 titles won in 2020 - a record - he is already at 5 games won in 2021. What makes him one of the serious contenders for the title in Melbourne who has not crowned a Russian since Marat Safin in 2005.

Unless of course his compatriot Daniil Medevedev prevents him from doing so.

The world No.4 could be on his way to the quarterfinals.

But before that, the winner of the Masters 2020, unbeaten for 14 matches, must first win over the Canadian Vasek Pospisil.

The young Carlos Alcaraz, presented at 17 as one of the future sensations of the circuit and resulting from the qualifications, has already qualified, beating another qualifier Botic van de Zandschulp.

The same goes for the young prodigy Coco Gauff, 16, who created a sensation last year in Melbourne by advancing to the round of 16 after beating Venus Williams and then defending champion Naomi Osaka.

She begins her 2021 tournament by beating in straight sets, the Swiss Jill Teichmann.

The unranked Li Tu, who had received an invitation to the tournament following the withdrawal of Andy Murray, is still struggling with the Spaniard Feliciano Lopez, 65th in the world.