This is what winter sports bring on Sunday

Bobsleigh World Championships in Altenberg, a dense World Cup program and the start of the Alpine Ski World Championships: winter sports have a lot to offer on Sunday. From a German point of view, series world champion Francesco Friedrich is in the spotlight in the ice channel. 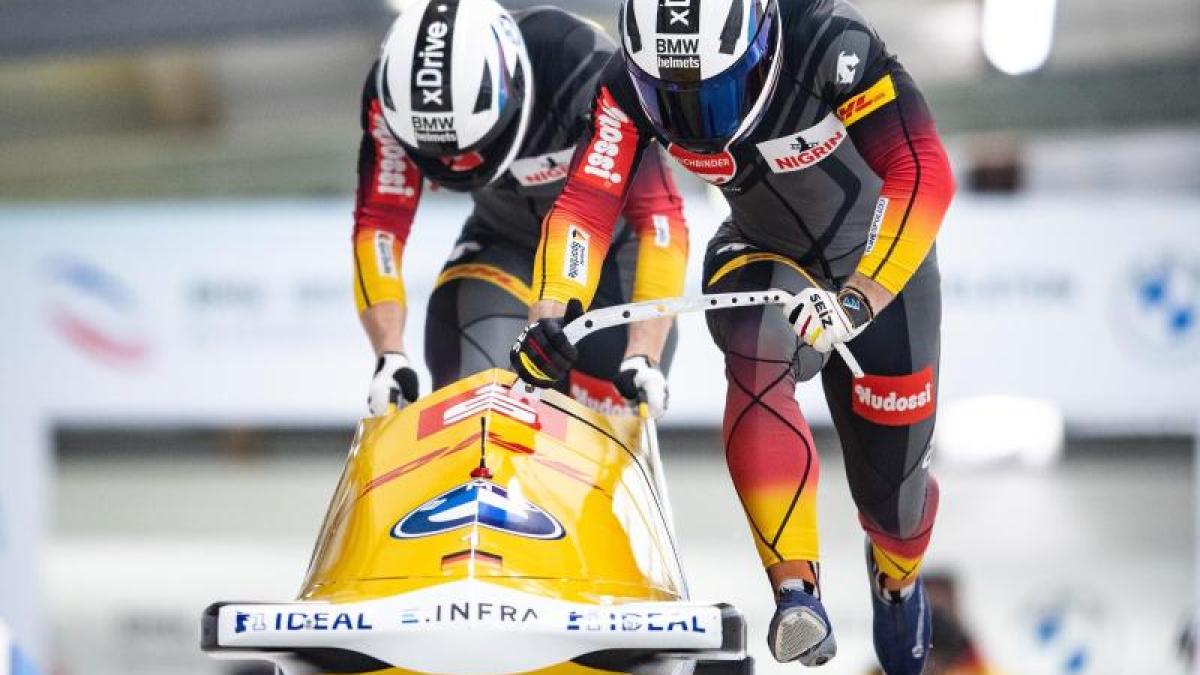 Francesco Friedrich is facing another record: the Saxon could become the sole record winner with his tenth world title.

Before the two final races at the two-man bobsleigh World Championships in Altenberg, he has 0.88 seconds ahead of second-placed Johannes Lochner.

World Cup debutant Hans-Peter Hannighofer is also within reach of a medal.

The junior world champion is only ten hundredths of a second behind the third-placed Swiss Michael Vogt.

An extraordinary world championship will open in the Dolomites under Corona conditions.

Spectators are not allowed in Cortina, nor are public events such as medal ceremonies.

The athletes will be absent from the opening ceremony.

The first part of the twelve-man German squad traveled hopefully to Italy to attack as outsiders in the speed races of the first week.

Final in Klingenthal, the last of three singles in Hinzenbach: The German ski jumping teams are challenged again on Sunday.

Among the men, Markus Eisenbichler is one of the favorites, while the second-placed Karl Geiger wants a significant increase after finishing 32nd on Saturday.

There was still no podium for women this winter, which Katharina Althaus would like to change.

After her long injury break, Carina Vogt is initially aiming for the top 10 positions.

Natalie Geisenberger can no longer take victory in the overall classification.

With 74 points ahead of world champion and defending champion Julia Taubitz (Oberwiesenthal), the Miesbacher only has to finish in the top 15.

At the World Cup final on the natural ice rink in St. Moritz, Dajana Eitberger (Ilmenau) can decide the German triple triumph with third place in the overall standings, but has to defend her 12-point lead over the Austrian Madeleine Egle.

The first triple success of the German combined athletes since the 2018 Olympics has inspired Vinzenz Geiger and Co.

In the absence of Norway's dominator Jarl Magnus Riiber, who is training for the World Cup at home, the protégés of national coach Hermann Weinbuch are the measure of all things.

On Saturday Geiger won ahead of Fabian Rießle and Eric Frenzel.

This trio is again considered to be the favorite on Sunday.

After cancellations in Beijing and Lillehammer, it will probably be the last competition before the World Cup in Allgäu.

In the sprints, the hoped-for breakthrough for the German team failed to materialize, now the team sprints are on the agenda.

The teams from Sweden, Norway and Russia are considered favorites.

For the team of team boss Peter Schlickenrieder, it is a matter of gaining self-confidence again before the longed-for home World Cup in Oberstdorf starts on February 23.

24 hours after the double success in the parallel giant slalom by Ramona Hofmeister and the second placed Cheyenne Loch, the German boarders want to drive away again.

However, Hofmeister has had a hard time in the discipline so far.

In the men's category, Stefan Baumeister is hoping for the first podium this winter.