Protection stops in healthcare and public transport have increased in Norrbotten

The reports to the Swedish Work Environment Authority have increased avalanche-like throughout the country. And during the corona pandemic, it has become increasingly common for safety representatives to want to stop work due to danger to workers. 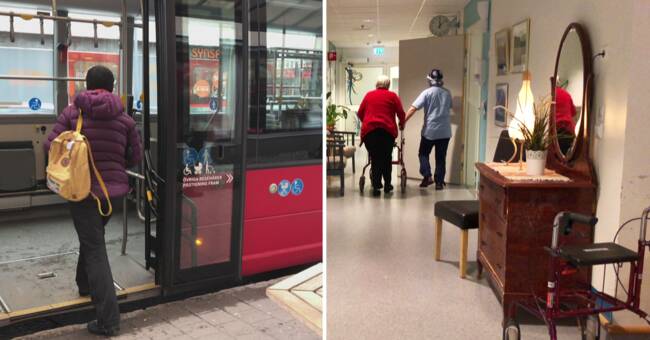 The employer is obliged to make a report to the Swedish Work Environment Authority when an employee falls ill with covid-19.

Those reports have increased in line with the spread of infection in Sweden.

But the number of protection stops has also increased.

This means stopping work when a safety representative assesses that employees are exposed to danger in their work.

Such a danger during the pandemic is, among other things, a high risk of becoming infected at work.

Several protection peaks in the county

In Norrbotten, there have been nine protection peaks.

It is about stops in health and care and in public transport.

In one of the cases, the bus drivers had their doors closed after a safety stop.

- You do not want the bus drivers to be exposed to infection by passengers getting on and getting close to the bus driver, says Ulrika Scholander, section manager at the Swedish Work Environment Authority.

In total since 2020, there have been 170 safety stops throughout the country.

According to Scholander, this is twice as much as a normal year.