A humiliating mistake and a source of hatred ... An escalating anger in England against Gareth Bale

It seems that the patience of the English press with Gareth Bale has run out. Criticism has poured in on the Welsh striker and on the management of Tottenham, who was accused of committing a "humiliating and costly" mistake after hiring the next Real Madrid player. 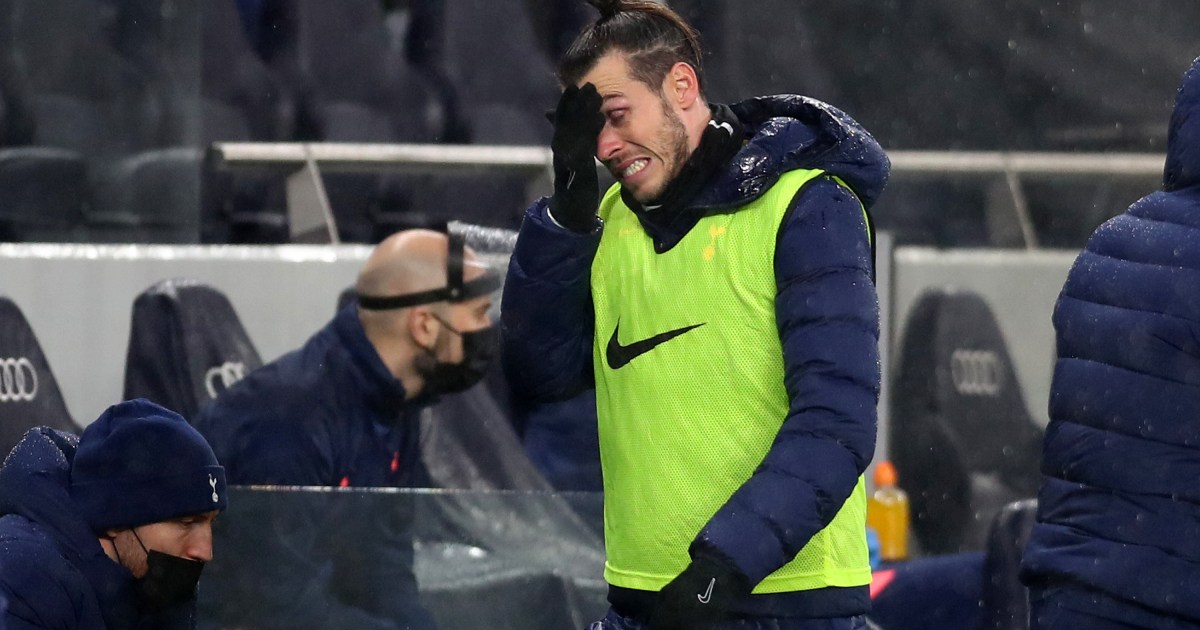 It seems that the patience of the English press with Gareth Bale has run out. Criticism has poured in on the Welsh striker and the management of Tottenham, which has been accused of committing a "humiliating and costly" mistake after hiring the next Real Madrid player.

Tottenham fans were hoping to see a new version of Gareth Bale that would remind them of Bale, who starred with the team before leaving for Real Madrid in 2013, in the biggest deal in history at the time at a value of 101 million euros.

However, the player who was plagued by injuries, and his level declined dramatically with Real Madrid in recent years, did not make the desired addition, and was out of the accounts of Portuguese coach Jose Mourinho.

Mourinho left his Welsh striker outside the last game against Chelsea, despite the team's loss and the lack of other offensive alternatives in the reserve seat.

Writer Oliver Holt said in his article in the British newspaper "Daily Mail" that Bell's stay with Tottenham has become "humiliating and costly", referring to the player charging about 13 million euros a year without participating with the team.

Holt criticized Tottenham Hotspur management for hiring Bale in a "failed public relations plan" that would not achieve any goal for the administration that had bet on him in order to gain the confidence of the team fans.

He explained that the player lost passion, even though he is only 31 years old, and became "a source of hatred instead of being a symbol of strength and unity" within the team, due to his huge salary and the lack of his participation.

The writer said that it is difficult now to talk about the injustice Bale suffered at Real Madrid, after he was excluded from coach Zinedine Zidane, who faced great criticism because of his handling of Bale.

The disappointment is not limited to the management of Tottenham, but will reach the administration of Real Madrid because the player will return to the Spanish capital after the end of his loan period with the London club next summer, and the royal club will have to search for a solution to get rid of the player and his huge salary before the end of his contract in 2022.