Snowfall and black ice in the north, warmth in the south: Germany faces a weekend of extreme weather conditions. Anyone who has to be on the move could run into problems on the road and rail. 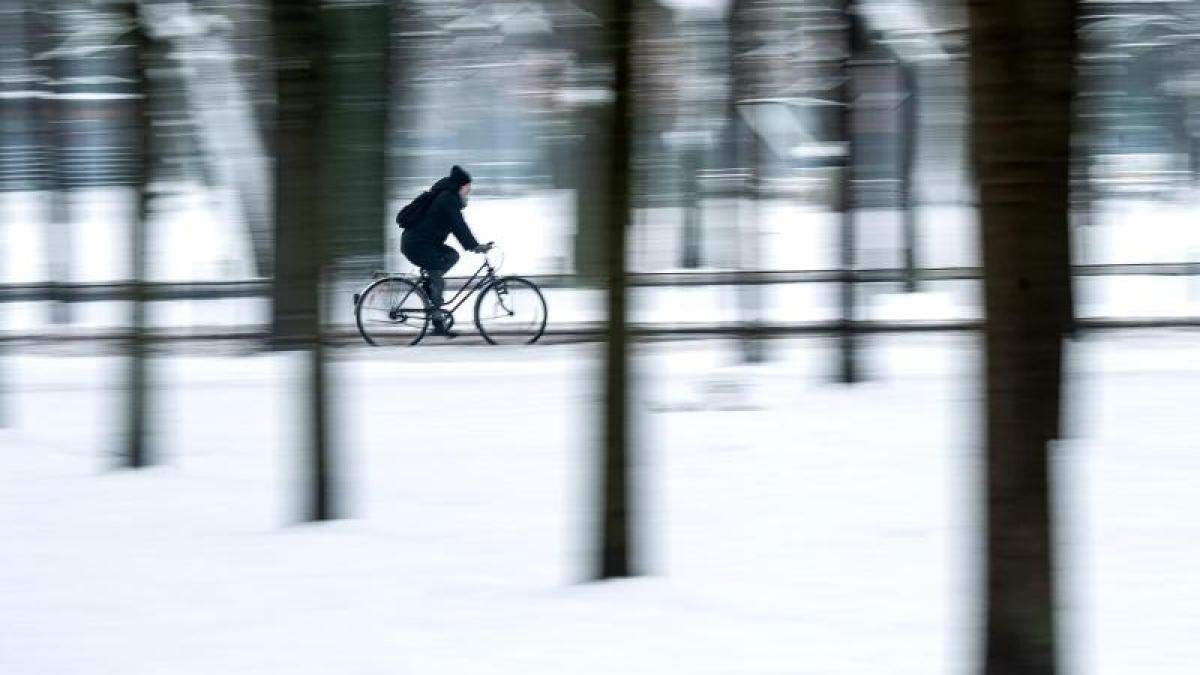 Offenbach (dpa) - At the weekend, the biggest snow chaos in years threatens - but only in northern Germany.

While the German Weather Service is expecting a blizzard and freezing cold there, there should be spring-like foehn in the south.

The railway warns of train cancellations and delays.

The north is threatened with up to 40 centimeters of fresh snow, plus "enormous snow drifts" from storms.

According to the DWD, the region from Emsland and Münsterland to the Harz region will be particularly affected from Saturday evening.

In the Ruhr area, the Siegerland, in Central Hesse and Upper Franconia, however, there is freezing rain from Sunday afternoon to Monday, which could result in a layer of ice several centimeters thick.

The DWD expects significant traffic disruptions due to storm-like freezing rain with supra-regional effects on roads and railways.

Deutsche Bahn informed: "There may be delays and train cancellations."

Passengers who wanted to postpone trips planned for the weekend because of the announced onset of winter in northern Germany could either use long-distance tickets already booked "flexibly or cancel them free of charge" up to and including seven days after the end of the disruption.

Because of the forecast, there will be no long-distance traffic between Kiel and Hamburg, Hamburg and Lübeck and between Hamburg and Westerland on Saturday and Sunday, the railway said.

Meteorologists speak of a "memorable event with a rarity" - and draw comparisons to the winter of 1978/79, when the transport, supply and communication network collapsed during a snow catastrophe in northern Germany.

Experts expect a temperature gradient of around 20 degrees between northern and southern Germany.

In Lower Saxony, for example, the fire brigade and disaster control, police, transport companies and railways, road maintenance and clearance services were preparing for a challenging weekend.

The meteorologists expected that the southern part of Lower Saxony will be particularly affected.

The people there should be prepared for the fact that the power fails and the house cannot be left because of black ice, as Franz Molé, head of the DWD's forecast and advice center, said.

Information from the railway