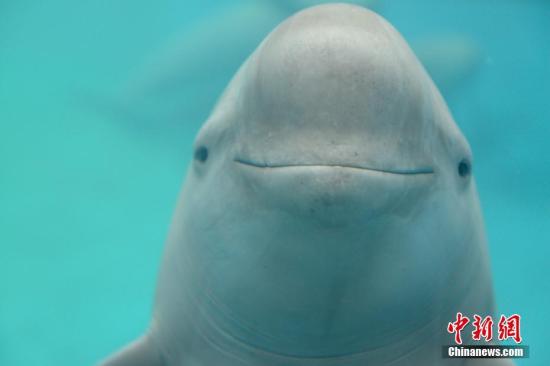 Photo courtesy of the Institute of Hydrology, Chinese Academy of Sciences issued by China News Service

There are many species of wild animals in our country. There are 7,300 species of vertebrates alone. Among them, many rare and endangered wild animals such as giant pandas, South China tigers, golden monkeys, Yangtze finless porpoises, crested ibis, giant salamanders are unique to our country.

In order to strengthen the rescue and protection of rare and endangered wild animals, the "Wildlife Protection Law" has clearly stipulated the implementation of the "National Key Protected Wildlife List" system.

With the approval of the State Council, the former Ministry of Forestry and the Ministry of Agriculture issued the "List of National Key Protected Wild Animals" for the first time on January 14, 1989, which clarified the scope of national key protected wild animals, and strengthened the conservation and protection of species and the fight against indiscriminate hunting. And illegal trade, and to improve public protection awareness.

However, it has been 32 years since the "List" was released. Except that all species of musk deer and pangolin were upgraded to national first-level protected wild animals in 2003 and 2020, no system update has been carried out.

During this period, my country's wildlife protection situation has undergone great changes. Therefore, scientific adjustments to the "List" are not only necessary but also extremely urgent.

After the newly revised "Wildlife Protection Law" was officially implemented on January 1, 2017, the former Forestry Bureau and the Ministry of Agriculture initiated the adjustment of the "List", through extensive collection of resource data, conducting resource surveys of key species, and organizing several times After experts and scholars conduct scientific evaluations, discussions, and demonstrations, and publicly solicit opinions and suggestions from relevant departments and all walks of life, the final "List" adjustment plan is submitted for review and approved by the State Council.

In the next step, the State Forestry and Grassland Administration and the Ministry of Agriculture and Rural Affairs will effectively implement various implementation tasks after the adjustment of the "List" in accordance with laws and regulations: further increase protection and implement local governments in accordance with the natural distribution areas of the species listed in the "List" Responsibilities to ensure the safety of their populations and habitats, strictly prevent indiscriminate hunting of wild animals and destruction of habitats; strict law enforcement and supervision, severely crack down on illegal and criminal activities, and resolutely prohibit excessive eating and illegal wildlife trading activities; make adjustments to the "List" The transition and convergence of the work, regulate hunting, artificial breeding, sale, purchase, utilization and other activities in accordance with the law, provide guidance and assistance to units or individuals that have legally engaged in artificial breeding activities of related species, and safeguard their legal rights; extensive publicity and education, Raise the public’s scientific understanding of national key protected wildlife, mobilize the public to consciously resist illegal acts, support protection, and form a good situation for joint protection.