Headlines: US Senate approves Joe Biden's stimulus package US President Joe Biden in Washington on February 4, 2021. SAUL LOEB AFP Text by: Achim Lippold Follow 4 min Publicity Read more A first success for President Joe Biden: the Senate has just approved at the end of a long night session the bill for a stimulus plan of 1,900 dollars. "This is a huge step forward to start fulfilling our pro 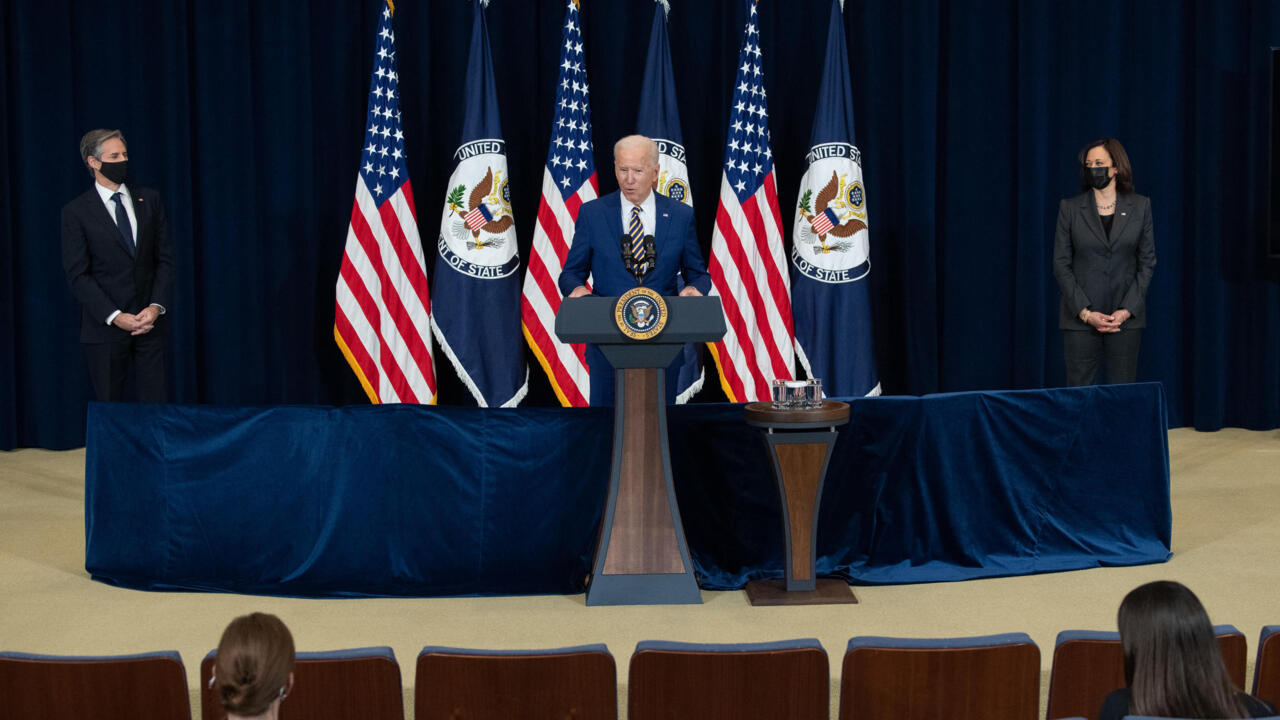 A first success for President Joe Biden: the Senate has just approved at the end of a long night session the bill for a stimulus plan of 1,900 dollars.

commented Chuck Schumer, the leader of the Democrats in the Senate after the stimulus package passed on the wire with 51 votes to 50, with support from Vice President Kamala Harris

A vote essential to allow Joe Biden to pass his first major piece of legislation, writes

A vote that also shows the Republicans' outright rejection of any additional help for Americans during this pandemic period.

The bill will now be sent to the House of Representatives to work out a common text, a process that could take a few more weeks, according to the

The world according to Joe Biden

Firmness with regard to Russia and China, returns to alliances ... the first speech of the new tenant of the White House is very commented on in the press.

speaks of a diplomatic turn that the new president undertook compared to his predecessor.

is a sentence that best sums up the new approach of the Biden administration, said

There is something new and old in this first major speech on foreign policy, comments Foreign Policy magazine.

The head of the White House pleaded for a return of multilateralism and alliances but at the same time he presented a new criterion for national security: the prosperity of the middle class.

With this speech tinged with a certain anti-Wall Street populism influenced by the left wing of the party, the president wants to make the rest of the world forget the Trump years and re-establish the United States as a leader in favor of democracy and human rights.

, the real surprise was the announcement that the United States will stop supporting Saudi Arabia's offensive in Yemen, as will arms deliveries to Riyadh.

One element, however, was missing in the speech, according to

, is the relationship he wishes to maintain with Europeans.

He did not explain how he wanted to repair the damage the Trump administration left on its allies on the old continent.

Will the presidential election in Ecuador confirm the turn to the left in Latin America?

This is the question that

For the Ecuadorian newspaper, the probable victory of the colt of the former socialist president Rafael Correa, Andrés Arauz, could consolidate the turn to the left on the continent.

The daily recalls that since 2018, three countries, Mexico, Argentina and Bolivia have elected leftist governments.

It is the anguish of the business community in Ecuador that the country is also turning the page from neoliberal conservatism in favor of 21st century socialism.

But this fear is unfounded, explains a political scientist interviewed by

The heirs of Rafael Correa or Cristina Kirchner in Argentina no longer have much to do with their political models.

Whether it is Alberto Fernandez in Argentina, Luis Acre in Bolivia or perhaps Andrés Arauz in Ecuador,

"they are all less divisive, less ideological leaders and therefore also cause less tension with the neoliberal right".

Ecuador: the campaign marked by the return of supporters of Rafael Correa