The staff alerts about major shortcomings in the homes

Several of the staff at the Norra Stockholm youth home group, NSU, testify to major shortcomings in the HVB homes. They believe that violence and drugs are part of everyday life. - It is ready for disaster, says one of the staff to SVT. 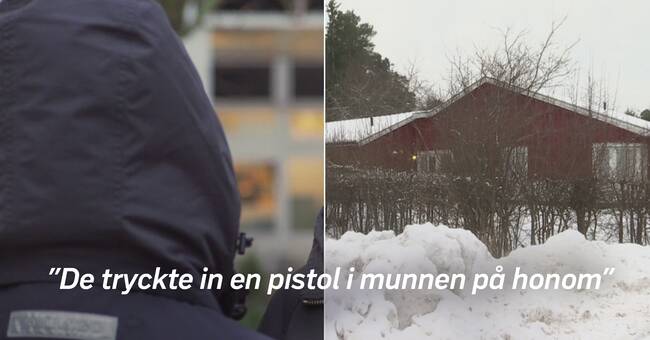 Residents who are threatened with firearms in connection with the HVB home, young people who take drugs, and staff who have had their teeth knocked out.

These are just some of the testimonies from NSU staff.

According to SVT's sources, young people, with different types of problems, are also mixed up at home.

- It will eventually be a life-threatening combination where we have young people that we can not handle.

According to a report to the Swedish Health and Care Inspectorate, Ivo, from an employee at NSU, drug tests are also cheated.

Positive tests are registered as negative so that the residents are not discharged from the HVB home and the company loses income.

"No municipality would have placed its young people with us if they really knew what was going on,

" the employee writes in the report.

But the CEO at NSU distances himself from the criticism that the staff puts forward.

- There is strong criticism and I regret that someone says so.

But I think there is something else behind why one would say such a thing.

I think they are dissatisfied with the fact that they may no longer work with us, says NSU's CEO Mikael Karlsson.

According to Mikael Karlsson, all staff receive training in how to take drug tests.

- Our staff does not want to cheat, there is no reason for them to cheat.

At the beginning of December, Ivo began an inspection of NSU's HVB home and then also carried out an unannounced inspection at one of the homes.

As the case is not closed, Ivo does not want to comment on the case.

Hear more of the staff's testimonies and the company's answers in the video above.

Do you have tips about HVB homes in Stockholm County that we should review?