Tegnell: High risk of third wave if the contacts are not kept down

The infection situation in Sweden has improved in recent weeks - but if the restrictions are not followed, the curves may start to point upwards again. - There is a great risk of a third wave if we do not hold on properly, says state epidemiologist Anders Tegnell at today's press conference about the development of the coronavirus. 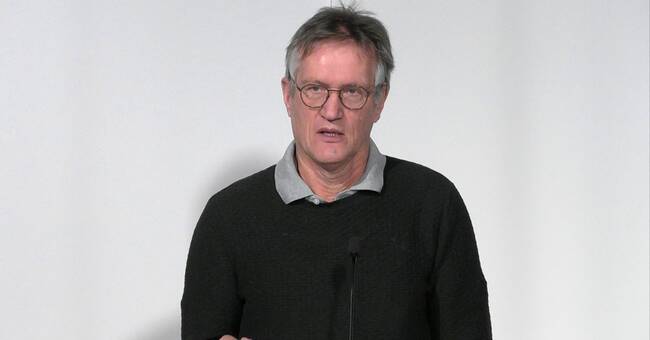 The situation regarding covid-19 has improved in Sweden.

In recent weeks, there has been a positive development that now seems to have stopped for a while, state epidemiologist Anders Tegnell announces at today's official press conference.

However, the risk of a third wave of viruses in Sweden is high if the restrictions in society are not followed.

The Swedish Public Health Agency has developed three different scenarios for what the spread of infection can look like in the spring, depending on how many contacts we have.

In the first scenario, the decline continues as we now see, which is based on very low contact levels.

In the second scenario, it is assumed that the contacts return to the situation that prevailed during the autumn.

- In that case, the decline will stop.

And then the number of cases will remain at a fairly high level.

The new virus variants will not make an impact in this scenario either, says Tegnell.

The third scenario assumes that the contacts increase further, which means a stronger third wave of the virus.

- And it can start relatively soon, in that case, already in a few weeks.

Age is lowered to 65

To date, just over 276,000 or three percent of the population has been vaccinated against covid-19, but according to Tegnell, the proportion is higher in older age groups.

- We have largely managed phase 1 now, and in the next phase we have changed a bit by lowering the age to 65, as data from other countries show that already at age 65 there is a fairly substantial increased risk that become seriously ill, says Tegnell.