The Ministry of Foreign Affairs of the Libyan Government of National Accord announced that it had received from the Italian ambassador to Libya a draft memorandum for demarcating the maritime borders between the two countries, for study and opinion. 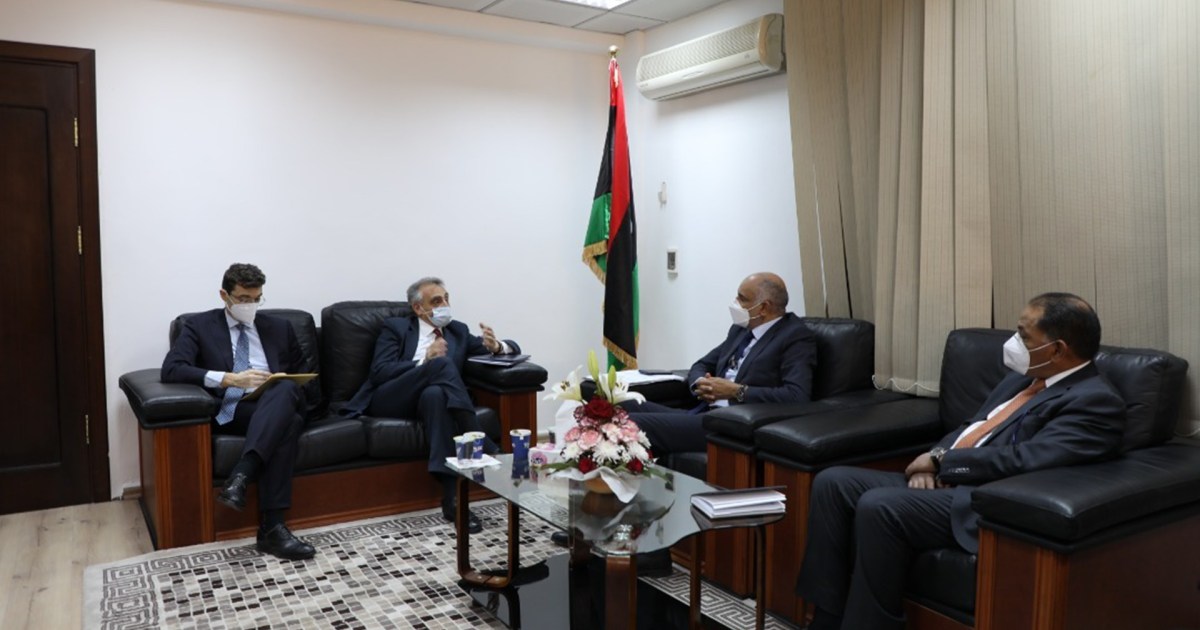 The Ministry of Foreign Affairs of the Libyan Government of National Accord announced that it had received from the Italian ambassador to Libya, Giuseppe Puccini, a draft memorandum for demarcating the maritime borders between the two countries, for study and opinion.

During a meeting two days ago, Puccini discussed with the Undersecretary for Technical Affairs of the Government of National Accord, Mahmoud Khalifa Al-Tlisi, a memorandum for cooperation in the areas of improving public administrative services.

This step comes after the issue of maritime border demarcation raised tensions among a number of Mediterranean countries.

In November 2019, Libya signed a memorandum of understanding with Turkey related to delineating areas of maritime jurisdiction, and the memorandum later turned into an agreement deposited with the United Nations.

In response to this step, Egypt and Greece signed an agreement in August of last year to demarcate the maritime borders between them, and the Libyan and Turkish governments condemned this agreement, and Turkish Foreign Minister Mevlüt Çavuşolu said - in statements at the time - that the so-called agreement to demarcate areas of maritime jurisdiction Between Egypt and Greece, Turkey and Libya's continental shelf and their rights are violated.

Last September, the Libyan Government of National Accord sent protest notes to Egypt, Italy and Greece, against the backdrop of the maritime border demarcation agreements between them, and at that time, Libyan Foreign Minister Muhammad al-Taher Siyala confirmed that his ministry would communicate with the governments of Greece and Malta to negotiate with them regarding the demarcation of the maritime borders of the two countries with His country, and reaching final solutions, provided that they are transparent and realistic and do not harm the interests of Libya.