A complicated situation the Royal is going through .. Real Madrid is drowning this season and Zidane is trying to recover him again

Real Madrid is looking forward to beating Huesca tomorrow, Saturday, in the 22nd stage of the Spanish Football League, seeking a dose of confidence in light of the decline in its results in the recent period. 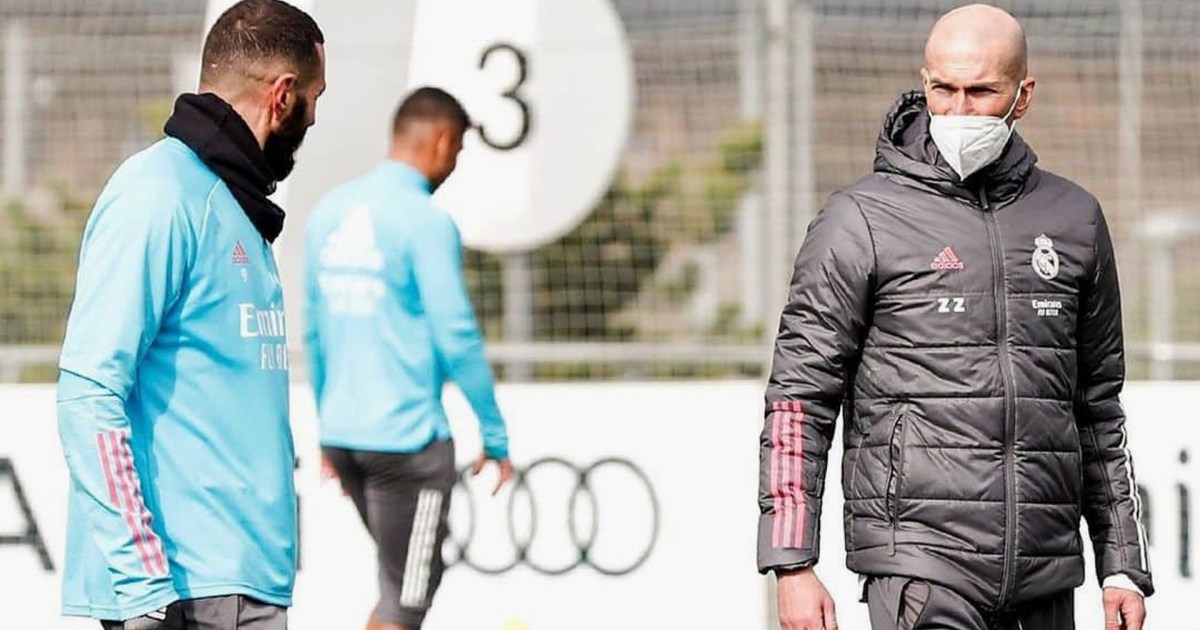 Real Madrid is looking forward to beating Huesca tomorrow, Saturday, in the 22nd stage of the Spanish Football League, seeking a dose of confidence in light of the decline in its results in the recent period.

The "royal", led by his French coach Zinedine Zidane, lost at home to Levante in the last round, leaving the coach in a difficult position, although this is not something new to him.

Real Madrid are third in the standings with 40 points from 20 games, 10 points behind leaders Atletico Madrid, who played one game less than the royal club.

Zidane returned to oversee Real Madrid's training this week, and he will be present in the confrontation against Huesca after his absence from the last two league matches, after he was infected with the new Corona virus.

Earlier in the season, Spanish media and some fans called for Zidane to be sacked, but the French coach led Real to three decisive victories within one week against Seville, Atletico and Borussia Monchengladbach.

Real hope to restore its captain Sergio Ramos and right-back Dani Carvajal after they missed Levante, but Eder Militao will be absent from suspension.

Belgian playmaker Eden Hazard will not participate in the match after suffering a new injury that will keep him for about 4 weeks.

Real goalkeeper Thibaut Korotua said, "We have to fight, the League continues until next May, we must respond and we hope that Atletico loses, but they continue to win."

Huesca, who is three points away from the safety zone, hopes to take advantage of the current crisis of Real, and to invest the strong momentum obtained after his dramatic victory at Villarreal by three goals against last week's goal.

And meet Atletico Madrid, led by Argentine coach Diego Simeone, at home to Celta Vigo next Monday, after losing only once this season when he fell at Real Stadium.

Runners-up Barcelona, ​​led by Dutch coach Ronald Koeman, go out to meet Real Betis on Sunday after sweeping Granada 5-2 in the quarter-finals of the King's Cup.

Barcelona is suffering at the level of the defense, but he made a spectacular run in 2021 after a lackluster start, after his French striker Antoine Griezmann reached his best level since his transfer from Atlético in 2019.

Griezmann scored 7 goals in the last 7 matches to regain his place in the starting lineup at the expense of Martin Brathwaite.

"We have shown a winning mentality, the victory will give us a lot of confidence ... I want more continuity, I showed a good level over the past month, I want to continue this until the end of the season, I won the confidence of my coaches and colleagues," Griezmann said after the victory over Granada. "The goals are not." The most important thing, the most important thing is the team. "

Barcelona misses the efforts of Ansu Fati, Gerard Pique and Philippe Coutinho, while Sergi Roberto suffered a thigh injury in his first participation after an absence due to the same problem, and it is expected that he will be absent from the next match.

Real Betis, who are in seventh place, has not lost in their last 8 matches in all competitions.