A 31-year-old man resident in Halland is now charged with the aggravated robbery against the Ica store in Böda on Öland this summer. A second man, who is suspected of being an accomplice in the robbery, has been arrested in his absence but is still at large. 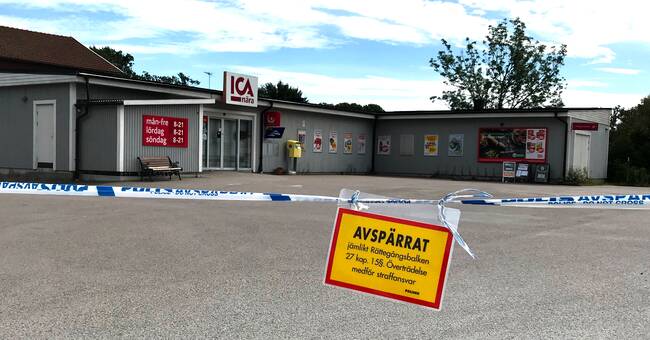 The robbery occurred on August 2 last year in Böda on northern Öland.

The man who is now charged with aggravated robbery has, according to the indictment, penetrated into the shop owners' home at night, tied them to hands and feet and then forced them to turn off alarms, open safes and leave codes for cash registers.

Took half a million in cash

They must then have been left locked up and tied up.

According to the indictment, the robbery was "extremely well planned".

In total, the robbers got away with almost half a million in cash, and tickets and stamps worth over 50,000 kronor.

Another man is charged with protecting criminals.

He is said to have driven the two robbers after their car crash in Borgholm to their hometown in Halland.

The prosecutor's theory has always been that the 31-year-old must have had the help of another person during the robbery.

A man is in custody in his absence and is suspected of being abroad.

He is not included in the indictment submitted to the district court today.

The 31-year-old could be identified and arrested after finding traces of blood in the car that the robbers crashed and then abandoned after the robbery.