Under the "New Year in Place" initiative, China's travel is cold and "home economy" is hot

China News Service, Beijing, February 2nd, title: "Home Economy" is hot in China under the "New Year's Day" initiative   China News Agency reporter Wang Qingkai   As the Spring Festival approaches, in order to effectively prevent and control the new crown pneumonia epidemic, China encourages the people to "Chinese New Year on the spot." The proposal was issued for nearly a month. While the trans 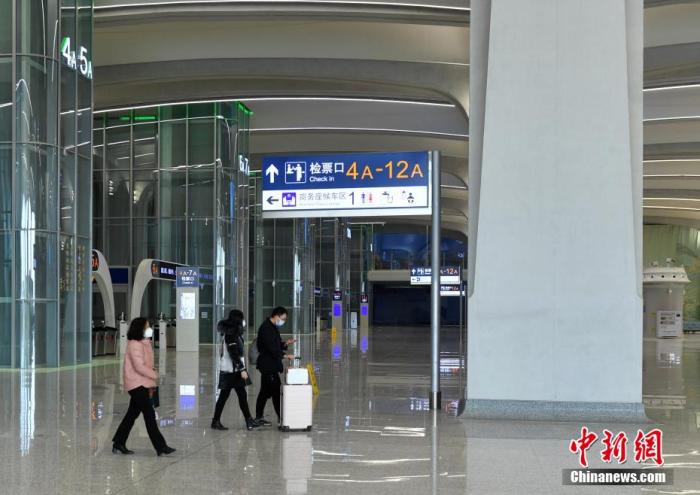 As the Spring Festival approaches, in order to effectively prevent and control the new crown pneumonia epidemic, China encourages the people to "Chinese New Year on the spot."

The proposal was issued for nearly a month. While the transportation and tourism were cold, the "home economy" was hot again.

The picture shows passengers waiting for ticket check in the ground waiting hall of Xiong'an Station.

Wu Chungeng, spokesperson of the Ministry of Transport and director of the Policy Research Office, said at a press conference that it is expected that about 1.152 billion passengers will be sent during the Spring Festival this year, a drop of more than 60% from 2019 and more than 20% from 2020.

The transportation industry is one of the most affected industries.

The reporter searched a number of travel booking platforms and found that the most popular routes during the Spring Festival travel in previous years have been cold this year.

According to data provided by the online travel platform Qunar.com to reporters from China News Service, as of January 25, the average price paid for air tickets during the Spring Festival travel on the platform was only 651.36 yuan (RMB, the same below).

Li Wenxin, deputy general manager of China National Railway Group Co., Ltd., said at the 2021 National Spring Festival Transport Video and Telephone Conference that the railway department temporarily suspended some trains on some lines because of the lower passenger flow than expected and in conjunction with epidemic prevention and control.

For example, from January 28th to February 4th, about half of the Beijing-Shanghai high-speed rail service was suspended, and the number of outages decreased thereafter, but until New Year's Eve, there were still 4 to 8 trains out of service in one direction every day.

Liu Haoran, chief consultant of PwC's aviation business services, said that the most popular routes and railway lines during the Spring Festival travel season were cold, and civil aviation and railways would fall into a loss period.

In the later stage, we can only see whether the flight plan can be adjusted to reduce losses.

The impact of "Chinese New Year in situ" on consumption is mainly reflected in the consumption expenditure of transportation and tourism.

According to the calculations of the deputy director of the CITIC Securities Research Institute, the policy of "Chinese New Year in situ" under simple assumptions may reduce household consumption by 150 billion yuan.

Add fire to the "home economy"

The "New Year's Day in Place" initiative has added another fire to the "Home Economy".

In the context of stricter epidemic prevention and control, the trend of differentiation in the consumption structure will continue and strengthen.

However, in some areas, consumption in local scenic spots has shown rapid growth.

As more and more people choose to "Chinese New Year in situ", resort hotels and homestays around beautiful cities are selling well.

Wang Nian, an associate researcher at the Institute of Market Economy of the Development Research Center of the State Council, said that the repeated epidemics have also allowed consumers to spend more time and energy online. Consumer demand for the "home economy" will remain strong, and some new consumer hot spots may emerge and consolidate faster .

However, Beijing scholars also pointed out that although the "Chinese New Year in situ" policy has a greater impact on travel and tourism consumption during the Spring Festival, it can effectively reduce the cost of personnel rework and promote the efficiency of resumption of work, or it will have a positive effect on the resumption of work after the holiday.