Ships of the Black Sea Fleet, as part of the exercises, conducted artillery fire at coastal targets, and also worked out an action plan to repel an air attack. This was reported by the press service of the fleet. 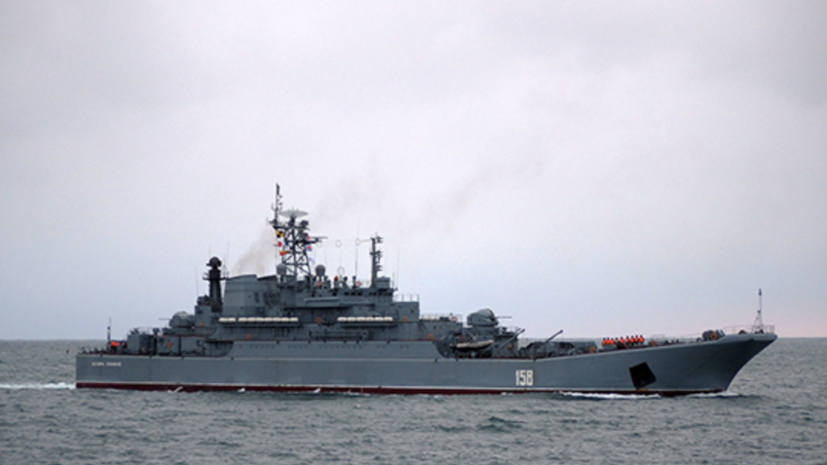 "In accordance with the plan of combat training, the crews of large landing ships (BDK) of the Black Sea Fleet (BSF)" Caesar Kunikov "and" Novocherkassk "carried out a complex of artillery firing at sea, coastal and air targets in the Black Sea naval ranges," Interfax reports.

It is noted that within the framework of the exercises, the servicemen worked out the algorithm of actions to support the amphibious assault on the unequipped coast, as well as repelling the air attack means of the simulated enemy.

Earlier, the frigate of the Black Sea Fleet (Black Sea Fleet) of Russia "Admiral Makarov" together with the calculations of the coastal anti-ship complexes "Bastion" conducted exercises to destroy the enemy ship.