Yesterday, after Democratic Party leader Lee Nak-yeon officially announced the promotion of the 4th disaster subsidies in a speech from the parliamentary bargaining group, Deputy Prime Minister Hong said, "It is difficult for the government to accept a plan to pay for both universal and selection" through social media. Revealed. 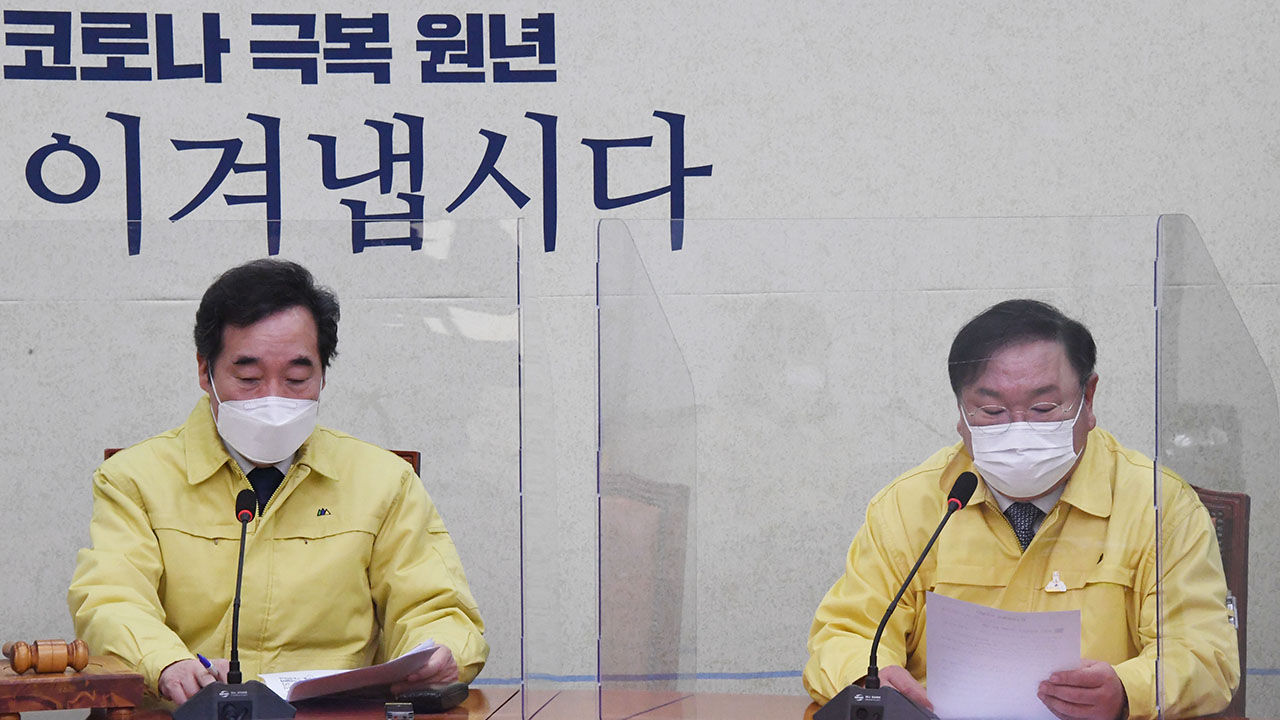 In addition, while the Democratic Party is accelerating discussions such as supplementing the 4th disaster subsidy, it is pouring out criticism of the publicly rebellious Deputy Prime Minister Hong Nam-ki.

Yesterday (2nd), after Democratic Party leader Lee Nak-yeon officially announced the promotion of the 4th disaster support fund in a speech from the parliamentary bargaining group, Deputy Prime Minister Hong said, "It is difficult for the government to accept a plan to pay both universal and selection." They openly expressed their objection.

In response to Deputy Prime Minister Hong's expression of opposition to the public, Lee criticized at the same day on the SBS 8 News, saying, "I wish I would not hit the curtain and hit the wall."

Next, at today's (3rd) Supreme Council meeting, Lee said, "I repeatedly propose to the government to organize a sufficient scale of supplementary administration so that it will not be late." "The owner of finance is the people," and "If it is necessary to support the lives of the people, "It is natural to use "and raised the pressure level.

It is also said that the hard-line argument that Hong should resign was expressed inside the Democratic Party.

At a meeting with reporters after the Supreme Council, Chief Spokesman In-ho Choi said, "It is impossible to have a political official refute the speech of the ruling party representative's bargaining group to discuss between the party governments as an internal message for the Ministry of Information and Service." The opinion that it is said to have been raised strongly.

Rep. Seol-hoon strongly criticized through SNS, saying, "Will the Ministry of Strategy and Finance be only considering fiscal soundness even after a war?", "It is not qualified to ignore the tears of the common people" and "If such a perception is correct, it is right to withdraw." I did.

Rep. Jung Il-young also sniped the response of Hong's "extremely inappropriate" through an article titled "Financial Crisis and the People's Right to Live, Is the Deputy Prime Minister an Issue to Refute with SNS?"

While the Democratic Party's fierce violence continued, Deputy Prime Minister Hong clarified in a somewhat trembling voice, saying, "I have spoken of the position of the fiscal authorities in a very restrained expression," while visiting the National Assembly today.

He added, "I thought about what I said on social media, and tried to express it in a modest and polite way."