Måns Möller and Christer Skog raise money for a fund that will help children with neuropsychiatric disabilities play sports. The next challenge is to ride the Vasaloppet - ten times in ten days. - Of course we do not know if it is possible, but we will still make an attempt, says Måns Möller who invests hard and has skied close to 100 km before the assignment. 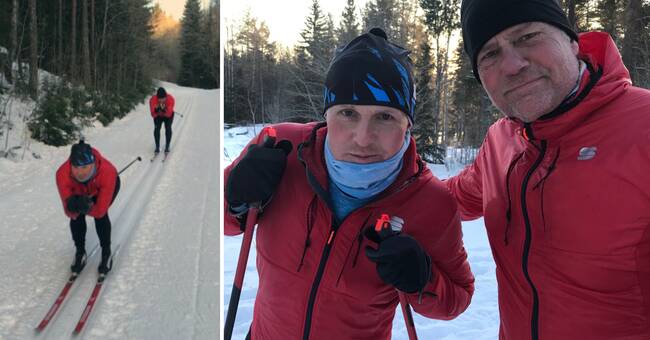 - I might have been satisfied with seven times, but if you want to do the challenge together with a former national team captain on cross-country skis, you do as he says, says Måns and laughs.

Måns Möller and Christer Skog have completed many challenges.

The reason is to raise money for the Viggo foundation project.

A fund that will provide opportunities for children with neuropsychiatric disabilities to play sports on their own terms.

Möller and Skog have so far raised around two million kronor for the fund, which is named after Möller's son Viggo who has autistic syndrome with a mild developmental disorder.

So now the next challenge is to get from Sälen to Mora on skis ten days in a row.

Something that no one else has done before.

Hear Måns Möller talk about the challenge in the clip.