Hamburg had initially allowed its imprisoned offenders to use cell phones. But even after the license has expired, there are still a number of devices in the institutions - and the opposition speaks of “green wellness prison fantasies”. 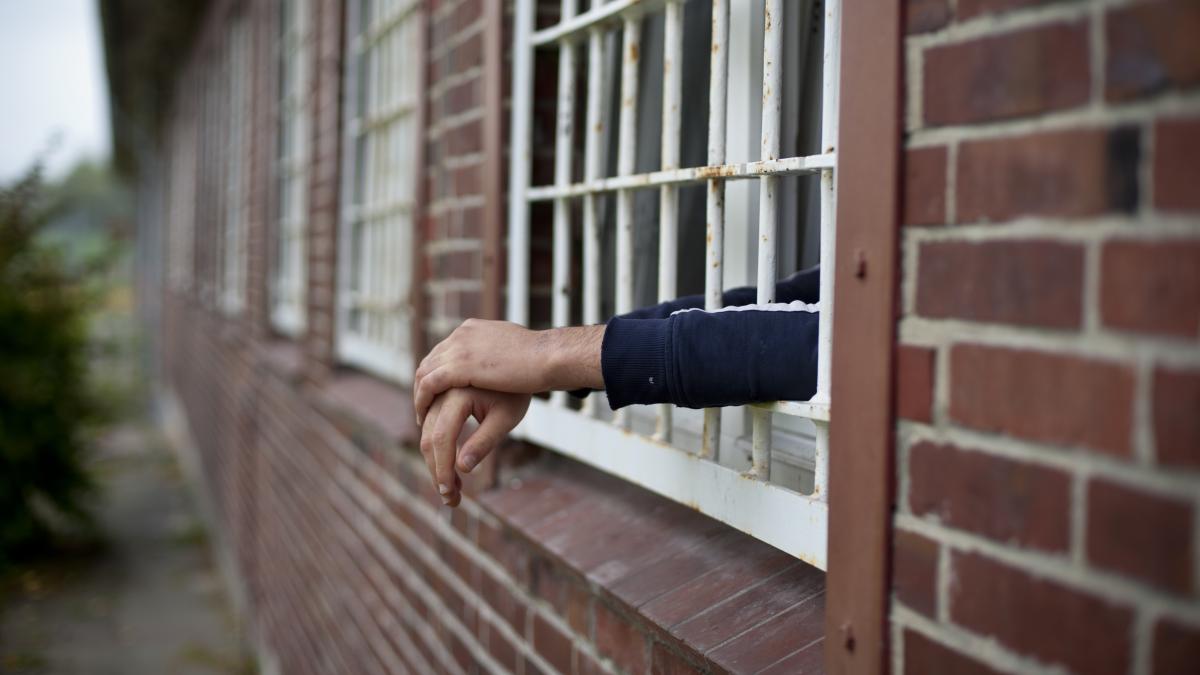 It was nine months ago that Hamburg's Senator for Justice Till Steffen (Green) had prepaid cell phones distributed to prisoners in the Hanseatic city.

This meant that the detainees should exceptionally be able to make phone calls from their cells during the corona-related restrictions.

Red-Green justified what the opposition described as a highly explosive advance by saying that the detainees could stay in contact with their relatives.

Three quarters of a year later there are still hundreds of prepaid cell phones in the city's prisons - even though, according to the announcement by the new Justice Senator Anna Gallina (Greens), they should have long been collected again.

This resulted in a small request from the member of parliament Richard Seelmaecker (CDU).

"As before, 312 prisoners have cell phones in their cells," says the Christian Democrat and emphasizes: "In view of the promises made by the Justice Senator last August that she will have all cell phones collected by September 30, 2020, this is a sign of poverty." Here, "the purely green-ideologically conditioned advance of her predecessor would take revenge all the more".

621 cell phones have been distributed since spring 2020

Hamburg has six prisons in which a total of almost 2000 men and women are currently sitting.

Since April 2020, a total of 621 registered prepaid cell phones have been issued to the inmates, who could purchase the devices for 20 euros each.

The required SIM cards, including credit, had to be sent to the prisoners by relatives or friends or given to the respective institution.

In April the Senate pointed out: “The prepaid cell phones have no cameras and are not internet-enabled.

This means that only telephone contact is possible. ”Prisoners could have up to ten phone numbers unlocked.

They were only allowed to use the cell phones in the detention room and were not allowed to delete conversation or text messages.

Prison officials could control the phones.

The plan: As soon as the restrictions in everyday prison life were eased or withdrawn - especially visits and relaxation - the approval of prepaid cell phones should be withdrawn.

The cell phones and SIM cards were then to be "given to the prisoners' belongings and given to them on release".

In fact, however, the prisoners still had 350 mobile phones on October 15, 2020, the 312 already mentioned as of January 25 of this year. In the Senate's response to the current minor question from MP Seelmaecker, the Senate justified this as follows: The approval on the use of mobile phones in the penal institutions "could be revoked on September 30, 2020" after the restrictions on relaxation and visiting opportunities that existed at the beginning of the pandemic in the Hamburg penal system were reduced and social contacts were restored. "

Use until the main decision is made

According to Red-Green, however, "some prisoners and inmates have made use of their right to take legal action against the revocation of the permit".

Accordingly, in cases in which relevant legal proceedings are still pending, the mobile phones have not been removed for the time being.

That means: "The applicants can continue to use them until a decision has been made on the main issue."

Otherwise, the total number of prepaid cell phones distributed is declining and the institutions will not issue any new permits, the Senate said.

However, due to the relocation of inmates or due to court-contested surrender of the cell phones, the number in the individual institutions could vary from previous descriptions.

However, the CDU's request also revealed that since the cell phones were issued, a total of 249 violations of terms of use or misuse have been found.

The number of unreported cases is probably higher.

The MP Seelmaecker criticizes that this “is an unnecessary additional control task for the prison staff, who are already massively overburdened”.

The head of the judiciary simply dumps the extra work on the staff and leaves them out in the rain.

Especially in times of Corona, the employees who put almost 80,000 hours of overtime in front of them would have even more challenges than they already had in their job.

Seelmaecker: “Such green wellness-prison fantasies must be avoided in the future.

We cannot afford to make further mistakes by the green judicial authorities in terms of security and working conditions in the Hamburg penal system. "

As of December 31, 2020, 1838 of 2073 vacant places in Hamburg's prisons were occupied - despite Corona-related postponements and Christmas amnesty.

Because in addition to the issue of prepaid cell phones, the Senate had reacted to the pandemic with further measures in the penal institutions.

The execution of shorter prison sentences that had already started was temporarily interrupted.

In addition, those convicted of shorter prison terms were initially not invited to custody, for example in the area of ​​property and property offenses with prison terms of up to three years. People convicted of violence, gun crimes and sexual offenses as well as offenses in the area of ​​organized crime and criminal offenses dangerous to the public should continue their detention without any changes. Due to the meanwhile changed procedures and the guarantee of distance and hygiene measures, visits to Hamburg's prisons are possible again in contrast to the lockdown in spring 2020.