Sweden and Russia are still very far apart when it comes to views on human rights and democracy. But in the climate area, there has been a rapprochement. This is what Foreign Minister Ann Linde (S) says after Tuesday's meeting with her Russian counterpart Sergei Lavrov. 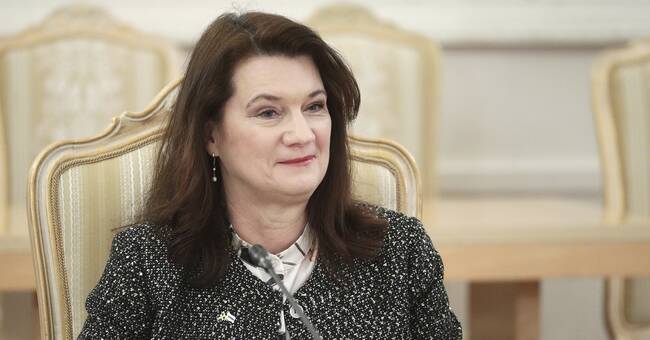 At the same time as the two foreign ministers sat down for a three-and-a-half-hour conversation, a court hearing was initiated in Moscow that could lead to the Russian opposition politician Alexei Navalny being sentenced to several years in prison.

- Where I was very clear that I, but also the rest of the EU, believe that Navalny must be released, that he has the right to express his views and that it is not acceptable to use force against the peaceful protesters, says Ann Linde.

But making demands and getting them heard are two different things.

The Swedish Foreign Minister acknowledged that Sweden and Russia are still very far apart when it comes to views on democracy.

- The EU is already facing sanctions due to the poisoning of Navalny.

To be completely honest, I think it is important that we continue to be clear, but I do not have much hope that you will change how you look at these issues, says Ann Linde.

On the other hand, she believes that Sweden and Russia can find new collaborations in other areas, such as the climate issue.

- I think it has been quite brutally awakened when it comes to global warming and climate with what is happening in Siberia, the permafrost that has melted and so on.

Russia is now taking over the presidency of the Arctic Council, and then we will cooperate on these issues.

This is despite the fact that Russian President Vladimir Putin only a year ago talked about climate change, through melting ice, increasing opportunities for Russian transport of oil and gas.

- I think you have changed there in how you look at it.

Concrete consequences have been seen when buildings and oil tankers that stood on permafrost have sunk, I think it has been a wake-up call.

Here I feel that there is a change in attitude that will enable us to work together on Arctic issues.

Ann Linde's visit to Russia takes place within the framework of Sweden's current presidency of the European Security and Cooperation Organization, OSCE.