Two new schools in Britain are challenging the tradition in the country, and you do not see that students should sit for high school exams at the age of 16. Former aide to former Prime Minister Tony Blair, Peter Heymann, and Ben and Tobin Thomas, the two brothers who own 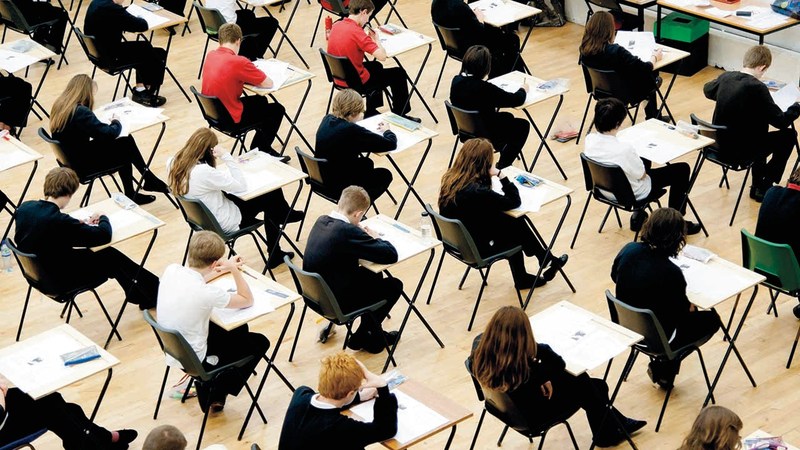 Two new schools in Britain are challenging the tradition in the country, and you do not see that students should sit for high school exams at the age of 16.

Former aide to former Prime Minister Tony Blair, Peter Heyman, and Ben and Tobin Thomas, the two brothers who own the Thomas Battersea school, will open each other, where George and his sister Princess Charlotte were studying;

Two high schools do not provide a high school diploma, unless parents insist.

They support a national movement to cancel the exams, which activists say are destructive, outdated, and cumbersome.

Activists argue that two years of no exams, due to the pandemic, make the perfect time to create a better system for assessing what students know and what they can do.

Britain is the last country in Europe to pass national exams, at the age of 16.

The two new schools plan to use different methods of recording children's accomplishments, such as digital passports for student progress, which are updated regularly by teachers.

This avoids 16-year-olds sitting in exam halls for 30 hours, or more, to take written tests.

One of the two schools, the first high school of the Thomas Battersea Group, opened in September.

It receives students up to the age of 18, and is developing an online passport to record pupils' creativity, social skills, communication and teamwork, as well as their academic progress.

The top rule of the new school is "Be nice." Students will spend more than one day a week playing sports, ballet, ceramics, arts, crafts and drama.

They will also work with their classmates on projects that inspire them.

Achievements and personality traits will be updated, online, regularly.

Activists who belong to the Rethink Assessment Movement say that the current "exam system", in England, is not producing successful students in the twenty-first century.

And one in three graduates, in the UK, fail to find a job after university.

Many employers and universities now run their own tests to select candidates.

"We do not disagree with anything they say," Thomas said, continuing, "We support their arguments. It was amazing to hear Ken Baker, who presented us with high school diplomas, saying: Now let's pass these exams."

The question is, "How can you change from the nineteenth century system to the twenty-first century system?", And Thomas continued, "What we seek is teaching our children how to think, question and understand, while not pushing them to an industrial-style test factory."

In this context, Heyman - Blair’s former advisor - opened a high school, in London, that will use electronic wallets and school dashboards to measure and record students ’personal characteristics, physical skills, in addition to academic knowledge.

"I don't think it is good for children, during the last four years of school, to be busy taking exams," Heyman said. "Within 10 years, I think every person will leave the school with an electronic link to a special wallet that explains what he did at school." .

There is a third free school, called "XP", in Doncaster, South Yorkshire, that teaches children by sending them on "learning trips" to solve real-life problems.

It is also considered an example of how teens can be taught differently.

She believes that schools, in Britain, are not legally obligated to submit their students to the General Certificate of Secondary Education Exam, "GCSC", but most public schools do so, because the results determine their position in the evaluation tables.

And in America, some schools have adopted student profiles, which define traits such as empathy or determination.

Tobin Thomas, one of the founders of a school that does not offer a high school diploma, said that an American school "had 100 children in the best universities without grades at all, and they enrolled in a school without exams."

Activists argue that two years of no exams, due to the pandemic, make the perfect time to create a better system for assessing what students know and what they can do.

An hour or more the student spends on the written tests.