"It's financial anarchy, someone is going to get hurt," a scarred precious metals trader told the Financial Times after the latest speculator raid. Last week it was Gamestop, now it is silver the Reddit rebels have as a target. Some of them have written on the r / WallStreetBets forum on Reddit that big banks have invested in silver going down in price, and therefore you can cause them big losses if you get the price to rise. 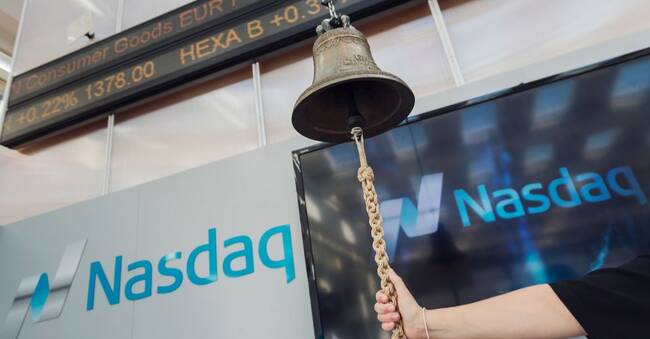 Up over 10% on Monday, to a maximum of eight years.

After bubbling on the forum for several days about silver.

Have they done it again?

Through their online coordination, have the small speculators managed to trap an even bigger quarry this time, right in front of the eyes of the big financial sharks?

But all that shines is not silver.

Enough, enough coordinated, so be it.

A fascinating achievement that so many small speculators were able to push up the Gamestop share and others so much so quickly.

Through an online forum.

Many scarred financial foxes were amazed and terrified to see ants moving stones for the first time.

But it was still an individual share that did not have such a large market capitalization.

In addition, it was massively "shiny", so when the price moves upwards, the blanks who have invested in decline are forced to buy it to protect themselves against loss, which drives the price further up.

Gamestop was a grateful target.

Silver is another thing.

It sells many times more money on the world market, it takes significantly more money to set the silver price in motion.

It is doubtful whether it is really the Reddit rebels this time who should have the credit for the price increase.

They talked up silver, of course.

They probably also invested in a coordinated manner this time as well.

But more money is needed to cause this rise.

It may be that r / WallStreetBets have become the new pink pages for Wall Street.

What is being buzzed about there is suddenly taken so seriously that even bigger players are now acting on it.

Maybe not so much because they really believe in the "analysis", as because the Reddit rebels have shown an ability to create fast, hysterical financial trends.

And in a super-bubble financial market where a lot of capital is chasing higher returns, further and further out on the risk scale, you jump on if you think many others do.

"Silver is the new gold", has been a motto for some time now among several heavy investors.

So this time it was probably one or two hedge funds that stood by the side of the speculators and bought silver, with the r / WallStreetBets buzz as the trigger.

But it is also an achievement to have such an influence that you get others on the train.

A power factor bordering on madness.

What is the next object they manage to create mania around?

Does the big money then also come with a tulip bulb mania?