"The submission was recognized as legal and reasonable": the prosecutor's office will support the replacement of Navalny's suspended sentence with a real one

The Prosecutor General's Office of Russia considers the demand of the Federal Penitentiary Service to replace Alexei Navalny's suspended sentence with a real one in the Yves Rocher case as "legal and justified". Prosecutors will support the position of the FSIN during the trial scheduled for February 2. Navalny's probationary period was valid until December 29, 2020, while the supervisory authority emphasized that he had repeatedly violated the requirement to regularly appear at the criminal executive inspectorate. 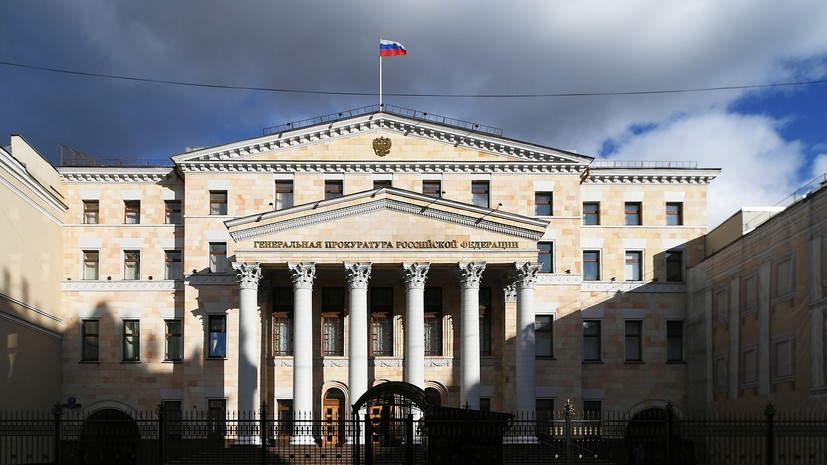 The Prosecutor General's Office of Russia will support the presentation of the Federal Service for the Execution of Sentences to the court to replace Alexei Navalny with a real one in the Yves Rocher case.

The supervisory authority called such a requirement justified due to violations committed by Navalny.

“This presentation was recognized as legal and justified.

Taking into account the above, the prosecutor's office intends to defend its position in the court session, ”the Prosecutor General's Office of the Russian Federation said.

The press service of the department noted that Alexei Navalny has repeatedly violated the obligation to appear before the criminal executive inspection.

A meeting on replacing the suspended sentence with a real one will be held by the Simonovsky Court on February 2.

On December 30, 2014, the Zamoskvoretsky Court of Moscow sentenced Navalny to a suspended sentence of three and a half years with a probation period of five years in the case of fraud against Yves Rocher and the Multidisciplinary Processing Company.

In August 2017, the court extended Alexei Navalny's probationary period for a year due to violations - until December 29, 2020.

In October of the same year, the European Court of Human Rights refused to recognize the existence of "political motivation" in the criminal case "Yves Rocher Vostok" against the brothers Alexei and Oleg Navalny, but considered the sentence "arbitrary".

On April 25, 2018, the Presidium of the Supreme Court of Russia recognized the verdict against the Navalny brothers as legal and reasonable.

In addition, Navalny is accused in the case of libel against the veteran of the Great Patriotic War Ignat Artyomenko, whom he publicly called a "traitor" and "a lackey".

The process was suspended in August 2020 due to the blogger's illness.

Recall that on August 20, 2020, he felt sick on board the plane that was en route from Tomsk to Moscow.

The airliner urgently landed in Omsk, where Navalny was taken to the hospital.

Russian doctors were able to stabilize the blogger's condition.

Experts did not find any toxic substances or poisons in his body.

Then, at the request of his family, he was transported for treatment to the Berlin clinic "Charite".

On September 2, Germany announced that “the victim was diagnosed with poisoning from the Novichok group.

Despite requests from the Russian side, Berlin did not provide any evidence, but this did not prevent the European Union countries from agreeing on the introduction of anti-Russian sanctions in October.

On January 17, 2021, Navalny returned to Russia from Germany, he was detained at Sheremetyevo airport due to repeated violations of the probationary period.

The next day, the Khimki city court detained Navalny for 30 days.

After that, representatives of the Anti-Corruption Foundation * and their supporters began to circulate statements calling for participation in illegal rallies, including using social media.

On January 23 and 31, unauthorized actions took place in Russian cities.

As a result, criminal cases were initiated under the articles "Use of violence against a government official", "Intentional destruction or damage to property", "Hooliganism", "Obstruction of the movement of vehicles and pedestrians, endangering the life and safety of citizens."

As the Deputy Chairman of the Security Council of Russia Dmitry Medvedev said, urging people to participate in unauthorized actions during the pandemic of the coronavirus infection COVID-19 is "extremely cynical", since it can lead to the disease of a large number of people: "This, in my opinion, is unacceptable, but a legal assessment of all this should be given by law enforcement agencies ”.

“If you are talking about activity on social networks, there are no questions, you can express any position in this way.

And if we are talking about dragging people out into the streets during a pandemic, including minors, to an illegal rally, this is absolutely unacceptable, ”Medvedev said.

In his opinion, Alexei Navalny is a “political rogue” who, in adventurous ways, seeks to “climb into power” to achieve his own goals.

“But now his activities in this sense have become much more cynical and unbridled than they were a few years ago,” added the former president and prime minister of Russia.