The mutated new coronavirus has spread in the U.S. Another warship is now collectively infected 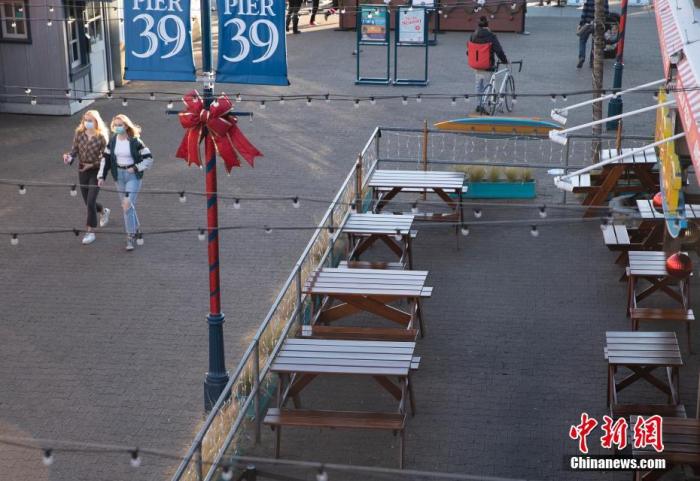 U.S. Disease Control: The mutant virus discovered in South Africa has spread throughout the United States

"I think one thing that is concerning is that we know that these two people do not know each other and that they have not been to South Africa. So the current presumption is that this mutant virus has spread in the community", Wallen Ski pointed out that under the leadership of the Biden administration, the scope and process of virus testing has been "expanded", which means that the chances of discovering more mutant viruses have increased.

At the same time, Varensky is also worried that when the virus mutates and produces a dominant strain, the vaccine may not be able to exert its normal effects.

She emphasized that scientists have developed new vaccines on the basis of existing vaccines, which "will more effectively target these mutated viruses."

On the other hand, on the 29th local time, Fauci, director of the National Institute of Allergy and Infectious Diseases, said at a press conference at the White House that the emergence of the mutant new coronavirus is a "wake-up call."

"We will continue to see the evolution of variants. We must be flexible so that we can adjust at any time."

Fauci also said that by the spring of 2021, the mutant new coronavirus will become the main epidemic strain in the United States.

On January 13, local time, residents registered at the Javits New Crown Vaccination Center in New York to wait for the vaccine.

The death toll from the new crown continues to grow

Mass infection on another destroyer

On the 29th local time, according to estimates by the Institute of Health Metrics and Evaluation (IHME) of the University of Washington, the mutant new coronavirus discovered in South Africa may cause the total number of deaths of new coronary pneumonia in the United States, which reached 654,000 on May 1.

Experts say that if Americans can use masks widely and maintain social distancing, the total number of deaths from new coronary pneumonia in the United States is expected to exceed 590,000 by May 1. However, if Americans do not follow these epidemic prevention measures well, new coronary pneumonia is expected The total number of deaths will rise to more than 650,000.

On the same day, the U.S. Navy issued a statement confirming that about 12 crew members on the destroyer Chafee tested positive for the new crown pneumonia virus.

The confirmed patients and close contacts have been evacuated from the ship and quarantined, but the destroyer will continue to perform its mission.

Is it more effective to wear two masks?

In addition, according to reports, as more and more Los Angeles residents received their first dose of vaccine, tight supply and online scheduling problems prevented them from completing the two-dose vaccination process.

On the 28th local time, thousands of people in Los Angeles may have their vaccine appointments delayed.

At the same time, many other residents encountered problems when using the county's online appointment system.

Local government officials said many people are worried about the second dose of vaccination, so the county call center sometimes receives thousands of calls every hour.

This uncertainty exposes ongoing issues such as how the county manages its dwindling vaccine supply and how to share key information with communities that desperately need answers.

Residents’ anxiety is rising because the second vaccination is accompanied by additional pressure from time constraints.

Andrew Nomel, an associate professor of public health at the University of California, Irvine, said that "transparency is not enough."

Officials across the state have indicated that vaccine allocations are forecast to shrink in recent weeks.

Although this situation may change, the lack of advance notice has affected the long-term planning of the number of vaccines that states and counties will receive in the future.

On the other hand, CDC is currently testing the effects of wearing two masks.

The CDC's Chief Medical Officer of the New Crown, Dr. Brooks, said on the 29th local time that he has not seen experimental data for testing two masks at the same time.

Once the information is available, it will be shared.

Brooks also emphasized that the most important thing is to let as many people as possible wear masks.