The Swedish Public Health Agency wants Sweden to introduce stricter coronary restrictions and requirements for a negative covid-19 test for foreign citizens traveling into the country. The Minister of the Interior, Mikael Damberg (S), was summoned to a press conference on Saturday, where he announced that information would come next week. - We expect to receive a consultation response on Monday and after that the government will make quick decisions. 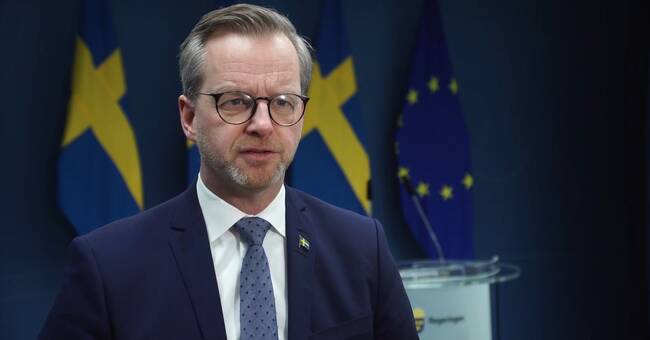 The spread of a number of new variants of SARS-CoV-2, the virus that causes covid-19, worries politicians and authorities in several parts of the world.

The Swedish Public Health Agency considers that it is currently difficult to assess which countries have a high incidence of these virus mutations.

In an attempt to limit the spread, the authority sent a request to the government on Friday afternoon for stricter restrictions and test requirements, proposing:

During the press conference, Minister of the Interior Mikael Damberg announced that the government has analyzed the proposal and intends to make a quick decision on the issue, but that further information needs to be obtained from the relevant authorities.

- We are therefore now sending the Public Health Agency's request for a lightning-fast referral to the Police Authority, the Coast Guard and the Swedish Migration Board.

On Monday, the authorities will return, and a decision will be made "shortly thereafter".

There is already a ban on entry to Sweden from most countries outside the EU, including the United Kingdom but also Norway and Denmark.

- It will be a tough requirement to travel into Sweden from other countries, Damberg states.

In practice, there will be an entry ban for all countries, and then you get an exemption from that ban if you have a negative covid test.

Damberg also states that the government has received information that the EU "within a couple of days" is expected to make new recommendations regarding travel restrictions due to covid-19, which will probably be announced at the beginning of next week.

The Swedish Public Health Agency proposes that commuters be exempted from the new recommendations if the proposal passes, provided that they are tested at least once a week.