Restaurants and shops are closed and public life is shut down. The second lockdown is leaving its mark on Europe's largest economy. 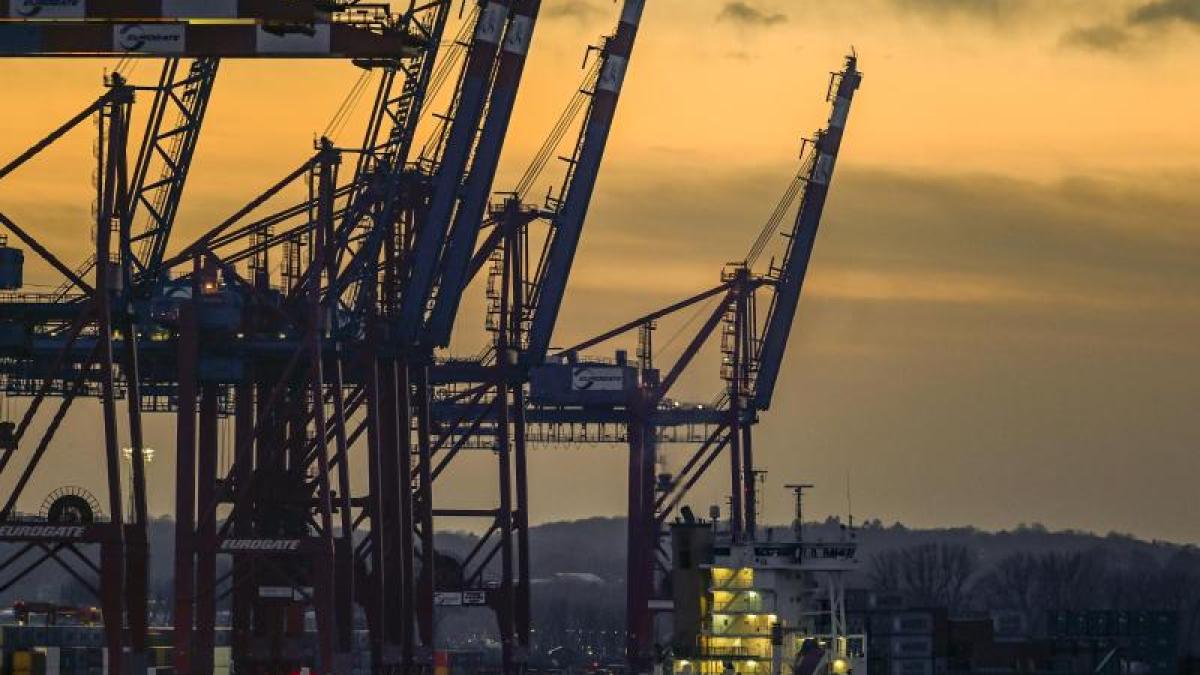 Wiesbaden (dpa) - The renewed restrictions on public life to combat the corona pandemic slowed the recovery of the German economy at the end of last year.

The gross domestic product (GDP) grew only minimally by 0.1 percent in the fourth quarter of 2020 compared to the previous quarter, as the Federal Statistical Office announced on the basis of preliminary data.

According to the Wiesbaden authority, private consumption was particularly affected, while goods exports and construction investments supported the economy.

In comparison to the previous year, economic output shrank by 2.9 percent after adjustment for prices.

For the year as a whole, the Wiesbaden authority confirmed a decline in GDP of 5.0 percent.

The only major slump was during the global financial crisis in 2009, when economic output fell by 5.7 percent.

In March and April 2020, parts of the German economy had effectively come to a standstill as a result of the pandemic.

The situation was similar in many other large economies.

After an economic recovery in the summer, new restrictions on public life were introduced in the autumn.

Quite a few economists, Europe's largest economy, are predicting a recovery this year after the deep recession in 2020.

However, given the lockdown that was extended until mid-February, the economy is likely to grow less strongly than initially hoped.

The federal government recently significantly lowered its economic forecast and is now expecting economic growth of 3.0 percent this year.

In his autumn forecast presented at the end of October, Economics Minister Peter Altmaier (CDU) expected an increase of 4.4 percent.

In view of the high number of infections, the federal and state governments decided to take drastic measures from November, such as the closure of restaurants and leisure facilities.

The lockdown was tightened in mid-December and last extended until mid-February.

The lockdown caused a significant slowdown in economic momentum, according to the federal government's annual economic report.

It can be assumed that economic performance will still be significantly affected by the pandemic in the first quarter of 2021.

The mood in companies in Germany deteriorated significantly at the beginning of the year.

In January the Ifo business climate, Germany's most important economic indicator, fell by 2.1 points to 90.1 points compared to the month.

"The closure of restaurants and large parts of the retail trade in mid-December 2020 hit the propensity to consume as hard as it did during the first lockdown in the spring of last year," explained GfK expert Rolf Bürkl.

At that time the consumer climate had sunk to a low point.

Private consumption is an important pillar of the German economy.