CHAN in Cameroon: football despite threats linked to the separatist conflict Limbé (Cameroon) (AFP) A stone's throw from Moungo, the river which partly marks the separation between the Anglophone and Francophone regions of Cameroon, light armored vehicles and trucks filled with soldiers have been on the lookout since the start of the African Nations Championship (CHAN). This tournament - which brings together 16 African national teams playing without their stars playing 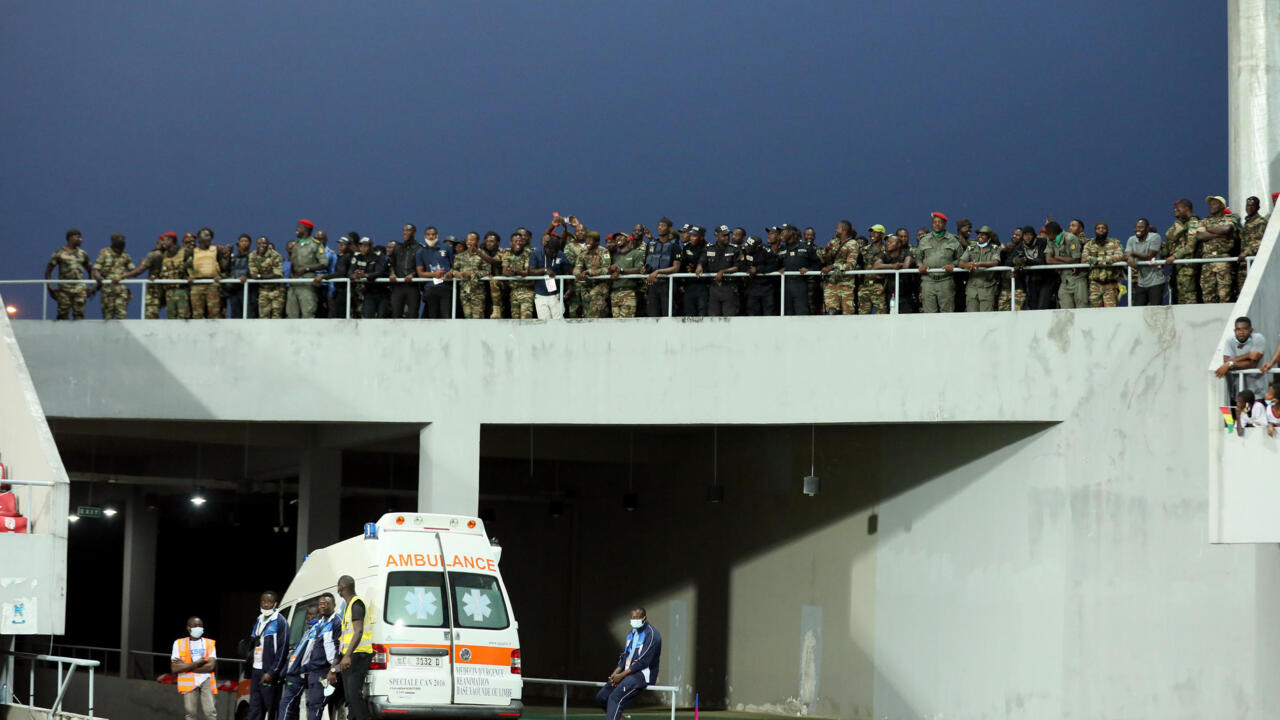 A stone's throw from Moungo, the river which partly marks the separation between the Anglophone and Francophone regions of Cameroon, light armored vehicles and trucks filled with soldiers have been on the lookout since the start of the African Nations Championship (CHAN).

This tournament - which brings together 16 African national teams playing without their stars playing outside the continent - is a dress rehearsal before the African Cup of Nations (CAN), the flagship competition of African football scheduled for January 2022.

This is the first major international football tournament organized in the world since the start of the Covid-19 pandemic.

But beyond the health restrictions (25% of places, 50% from the semi-finals, the big challenge for the organizers is that of security, in this country in a situation of war on part of its territory.

For four years, the English-speaking regions of the South-West and the North-West have been in the throes of a bloody conflict between armed groups demanding the independence of these English-speaking areas and the security forces.

The violence has left more than 3,000 dead and more than 700,000 displaced, civilians are caught in a pincer movement and victims of crimes and abuses on both sides, according to international NGOs and the UN.

Some armed groups have promised to disrupt CHAN.

So along the banks of the Moungo, which was also the symbol of the reunification in 1961 of Cameroon under French and British mandates at the end of the First World War, the police and military personnel were considerably reinforced.

As the qualifying phase for the quarter-finals comes to an end, fears redouble in Limbé, capital of the South-West region which will host one of the semi-finals, as in Buea, the training site of some selections.

Tuesday and Wednesday, as the Zambia-Namibia match approached in Limbé, the towns located on the road connecting this seaside resort to Douala were almost deserted.

The armed separatists, baptized "Amba Boys" after the name of the Republic of Ambazonia that they would like to proclaim once independence is wrested, proclaim every Monday "dead city" in the two regions, prohibiting, where they can, any activity.

Since the opening of CHAN, the “ghost towns” have been decreed every day and the day before a match in Limbe.

Usually very lively, the small towns of Tiko and Mutengene, between Buea and Limbe, were sealed off Wednesday.

"It is normal that we are on alert. The enemies of peace are there, still active despite everything," commented a police officer in Buea.

On the road as in Buea, at high speed or at walking pace, light armored patrols crisscross the town, machine guns ready to fire.

In Molyko, the boulevard which cuts Buea in two, lies the charred carcass of a car.

Four other charred wrecks still lie on the path to Limbé.

Convoys of soldiers are sometimes targeted by IEDs, improvised explosives placed by the roadside.

In November, suspected separatists attacked a school in Limbe, setting fire to two classrooms and forcing teachers and students to undress.

Going down the mountain towards Limbé, as in some ultra-secure areas of Buea, life seems more normal however.

Clusters of schoolchildren and high school students return home after a day of school.

Shops and bars are full.

But in Limbé, when the matches approach, fear is very present.

Tuesday, "everyone took shelter after the explosion of a bomb", which did not hurt, not far from the stadium, testifies Harris, 19, still in shock.

"Out of caution", this football fan did not go to see Zambia-Namibia as he expected.

"On the security front, everything is going well," South West governor Bernard Okalia Bilai told AFP on Wednesday at half-time for Zambia-Namibia, which welcomed around a thousand spectators.

"We have not recorded any incident that would have disrupted our program," he said.