Crocodile is zoo animal of the year

They have sharp teeth and a bad image. The crocodile has now been named Zoo Animal of the Year. Unfortunately, the stocks of beneficial insects in the wild are threatened. 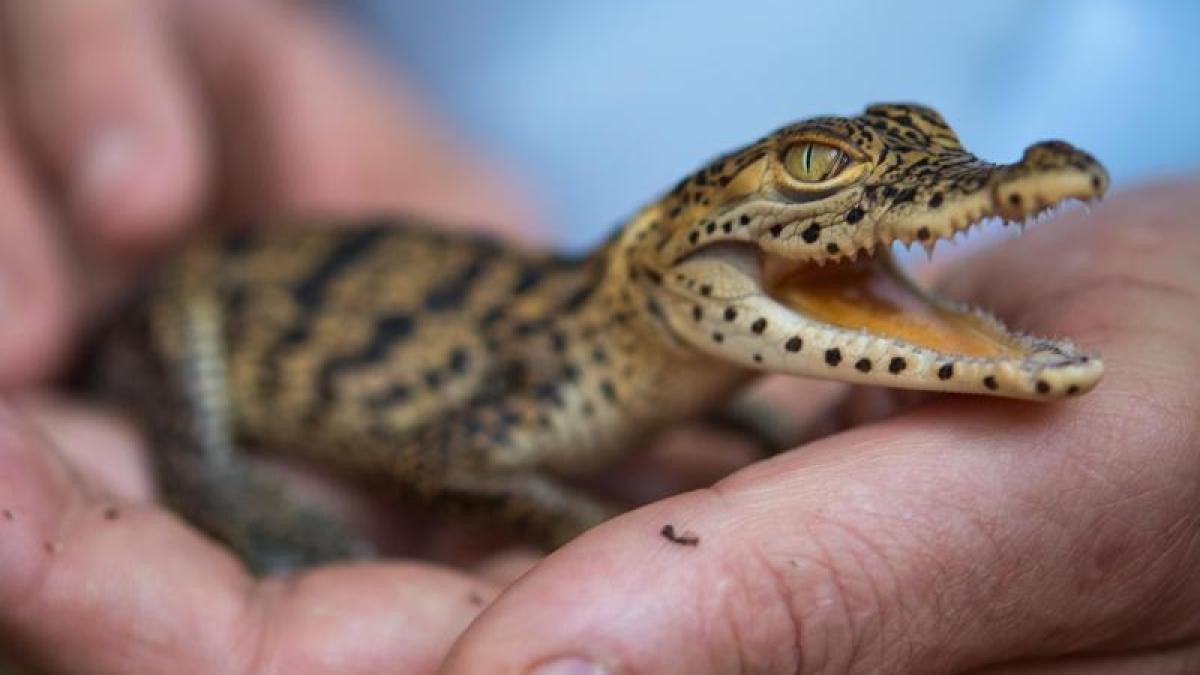 Landau (dpa) - The crocodile is the zoo animal of the year 2021. Crocodiles have already shared their habitat with the dinosaurs, said the Zoological Society for Species and Population Protection (ZGAP) in Landau in the Palatinate.

“For more than 200 million years, the perfect hunters have populated our planet almost unchanged - until humans appeared.

Now the beneficial insects with the image problem are on the verge of extinction. "

"To this day, people continue to penetrate the crocodiles' habitat and kill them because they see the animals as a danger to themselves and their pets," reports the ZGAP.

Their meat and eggs would be consumed.

The animal habitat is getting smaller and smaller.

According to the ZGAP, many crocodile species are endangered.

Six species have already been classified as threatened with extinction by the International Union for Conservation of Nature (IUCN).

According to the ZGAP, crocodiles have a very important task for their environment.

"Since they eat carrion, among other things, they clean the bodies of water and adjacent land areas," it said.

Associated with the award is a collection of donations that will go to three projects to preserve the Cuban, Siamese and Filipino crocodiles.

The “Zoo Animal of the Year” has been presented since 2016.

The aim is to use it for endangered animal species.

Zoo Animal of the Year