Abu Dhabi Court of First Instance ordered a man to pay the last amount of 19 thousand and 324 dirhams in compensation for the damages he caused, after he kicked the doors of the latter's vehicle while it was parked in the parking lot, on the pretext that it was blocking his way out of the parking lot. In the details, a man filed a lawsuit , Ta 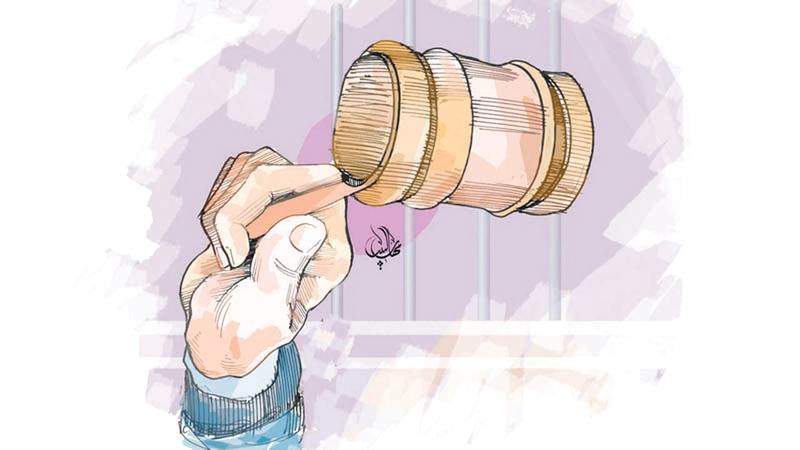 The court required him to pay 19,000 dirhams for the repairs

Abu Dhabi Court of First Instance ruled that a man must pay the last amount of 19,324 dirhams in compensation for the damages he caused, after he kicked the doors of the latter's vehicle while it was parked in the parking lot, on the pretext that it was blocking the way out of the parking lot.

In the details, a man filed a lawsuit in which he demanded that the defendant pay him the amount compensation for the cost of repairing the vehicle's damage that deliberately caused its destruction, indicating that he was returning to his home and found a car parked in his parking lot inside his residence, so he asked the men Security in the building. Contact the owner of the vehicle to remove it from its place, but the vehicle owner did not respond to their request.

He said: “I parked my vehicle behind the parked vehicle, at my place, and upon my return I found damage and wrinkles on the right side of the vehicle, specifically on the two doors, and a report was drawn up.” The defendant admitted the incident, and was referred to the court and a criminal judgment was issued against him guilty and fine of 7000 dirhams.

During the deliberation of the case before the competent court, the attorney of the plaintiff attended as well as the defendant's presence, and the latter decided that the amount claimed was not valid, and that he was willing to pay the expertise trust and review the accident report and the value of the repairs, and that there are traces contrived by the complainant and hammer effects he did not make And he demanded a delegation of expertise to inspect the effects shown by the police, and that the requested amount does not match the damages.

For its part, the court clarified in the merits of the verdict published on the Abu Dhabi Judicial Department website that it is proven in the papers that the defendant has been guilty of destroying the vehicle belonging to the plaintiff, which caused damage to it as indicated in the inspection report and made it unfit for use, so the complainant is entitled to obtain compensation, adding that the defendant , Caused damage to the complainant's vehicle by kicking, which led to a dent in the vehicle that affected the front right door, the rear right and the door hinges on the right side, and the court ruled obligating the defendant to pay the complainant an amount of 19 thousand and 324 dirhams, while obliging him to pay fees and expenses.