180 degree turn: Biden puts climate protection at the center of US foreign policy&nbsp;

President Biden is making a 180-degree turn in relation to the climate policy of his predecessor Trump. Biden wants to put the US at the forefront of international climate protection efforts. Security and foreign policy should also be based on this in future. 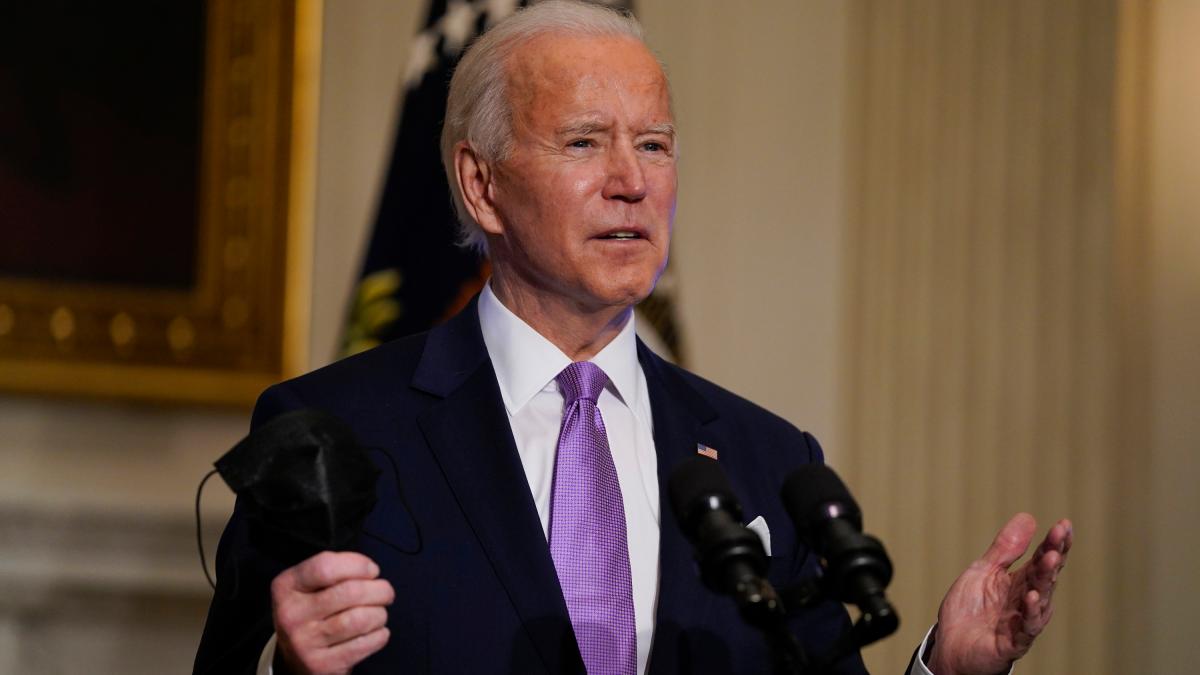 The new US President Joe Biden makes climate protection a central component of the foreign and security policy of the world power USA.

On Wednesday, Biden signed a corresponding order as well as other orders that are intended to advance his ambitious climate protection policy.

“We have waited too long with this climate crisis.

“It is time to act.” The Democrat - who again classified climate change as an “existential threat” - marks with his new measures a further break with the politics of his Republican predecessor Donald Trump.

He announced the US membership in the Paris Climate Agreement.

On his first day in office, on January 20, Biden initiated a return to the agreement to which the United States will again be a party on February 19.

The new president emphasized on Wednesday: "We urgently need a unified national response to the climate crisis." The USA would have to put itself at the forefront of the climate protection movement worldwide because it could not cope with the threat alone.

"This presidential decree, which I am signing today, also makes it official that climate change will be the center of our national security and foreign policy," said Biden.

The order instructs US intelligence coordinator Avril Haines to prepare a report on the security impacts of climate change.

In addition, the Biden administration affirmed that the US will play a leading role in implementing the Paris Agreement.

According to the White House, Biden wants to convene an international climate summit on April 22nd - the form of the summit meeting is still open.

Biden emphasized: "We will listen to science." In a memorandum he signed on Wednesday, he ordered that federal authorities must be guided by scientific findings in their decisions.

The influence of politics on science is to be curtailed.

"Undue political interference in the scientific process, in the work of scientists and in the communication of scientific facts undermines the well-being of the nation, contributes to structural inequalities and injustices and violates public trust," said the White House.

Biden has appointed ex-Secretary of State John Kerry as special envoy to the climate, a member of the National Security Council in the White House.

"The world will measure us by what we can do here at home," Kerry said on Wednesday.

“You can't solve the problem alone, but what we do makes a huge difference.” Kerry emphasized that nothing more could be at stake in climate protection than it is now.

It is now a matter of making up for the last four years that have been lost.

Biden also criticized the “damage” that had been done under the previous administration of President Trump.