The "Coop des masques" relaunches the production of masks in a "solidarity" version Graces (France) (AFP) Despite the freezing cold of the workshop, a smile is on everyone's lips: the "Coop des masques", imagined in the spring against the backdrop of the Covid-19 epidemic, in the midst of a shortage of this now daily object, has become reality, relaunching a production that disappeared in France before the health crisis. "We are sorry, we are still waiting for the heating," apo 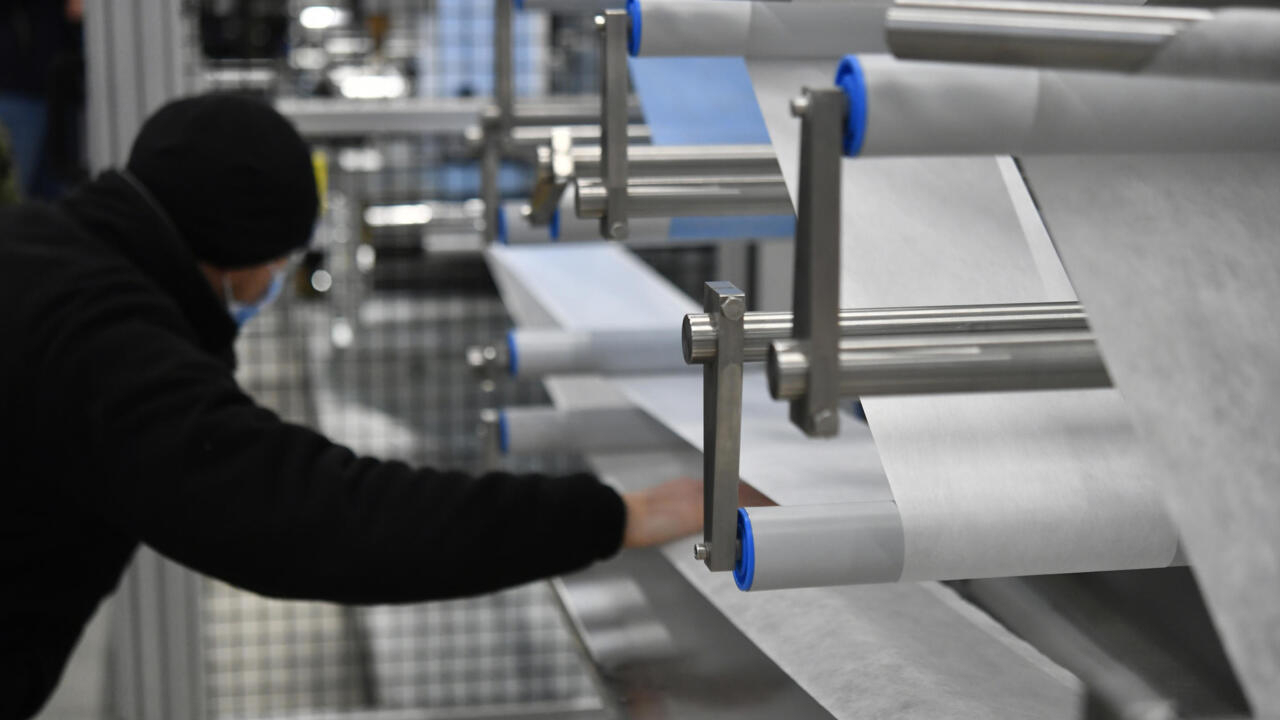 Despite the freezing cold of the workshop, a smile is on everyone's lips: the "Coop des masques", imagined in the spring against the backdrop of the Covid-19 epidemic, in the midst of a shortage of this now daily object, has become reality, relaunching a production that disappeared in France before the health crisis.

"We are sorry, we are still waiting for the heating," apologizes Guy Hascoët, president of the SCIC (cooperative society of collective interest) which carries the project, located in Graces, a town adjacent to Guingamp.

It is not far from here, about thirty kilometers, in Plaintel, which had closed in 2018, in general indifference, the last French mask factory.

For a year, to cope with the epidemic, production has relaunched in France.

Like here in Grâces where production started a week ago.

The twenty or so recruited employees, bundled up, are still running on the machines, arriving from Saint-Étienne with trainers.

Blue or white, the raw material scrolls like rolls of fabric on a reel, before leaving the machine in the form of surgical masks directly placed in small boxes bearing the name of the company and the words "Bretonne et solidaire" .

Line operator, Stéphanie Marie-Joseph had been unemployed for a year after working in the food industry, the main provider of industrial jobs in the region.

"It's a great team, it's very important for the production that there is a good atmosphere", rejoices this mother of five children.

And then, "at least, here, we do not come to work backwards!", She rejoices.

"This is not an ordinary company, the recruitment is very heterogeneous, it's great," says Véronique Avequin, production operator.

Close to sixty, she "had been looking for a job for two years".

"Here, we all feel invested!"

Skinny, not very tall, 28-year-old Tristan Lozach, a figure of the "yellow vests" in the department, was a funeral counselor but did not find a job after the movement.

"I had been looking for two years. I was even thinking of leaving Brittany. This company took me for my motivation and did not stop at my commitment", observes this father of three children.

"And, in addition, it's a cooperative, we have decision-making power, and we produce useful things," he lists.

Not one of the employees forgets to mention "the chance", given the economic context, of being hired on a permanent contract after only two months of trial.

With an average age of 42, they are split equally between men and women and a third of them are disabled.

About twenty other employees will be recruited after the summer.

Because the sustainability of the new company does not seem to worry Guy Hascoët.

"We are overwhelmed with requests for masks," notes the former Secretary of State for the Solidarity Economy between 2000 and 2002 and father, as such, of the 2001 law creating the SCIC.

"The basic objective is to produce around 30 million masks" per year, with the possibility of doubling or even going to "90 million in a pandemic situation", he explains.

"We built all this in eight months (...) We are built for the duration, including after the end of the health crisis", asserts Guy Hascoët.

"With a production of 25 million, we are profitable!"

La Coop does not intend to stick to masks.

Working groups have been created to study, in particular, possible new products or to find a vegetable substitute for Meltblown, a petroleum-based filter material, essential in the manufacture of masks.

In the immediate future, an Italian machine in Meltblown is expected soon and from July will supply the plant for 75 tons out of 400 produced per year.

The surplus will be sold to other companies.

If the new company feels growing wings, it is also that, as the SCIC allows it, an entire territory supports it, from communities to citizens (1,500 who have already contributed 500,000 euros).

And among the united citizens, "the Augustine sisters of Gouarec", a small town in the department, smiles the president of the SCIC.