Hand World Cup: saved by Guigou, the Blues join the final square after extra time City of October 6 (Egypt) (AFP) Saved from the sinking in the first period by its captain Michaël Guigou, the French handball team reached the semi-finals of the World Cup by beating Hungary after extra time 35-32 Wednesday in the suburbs of Cairo. The Blues climb for the fourth time in a row, and the tenth time in 20 years, in the last four of the World Cup. The only exception to this amazing c 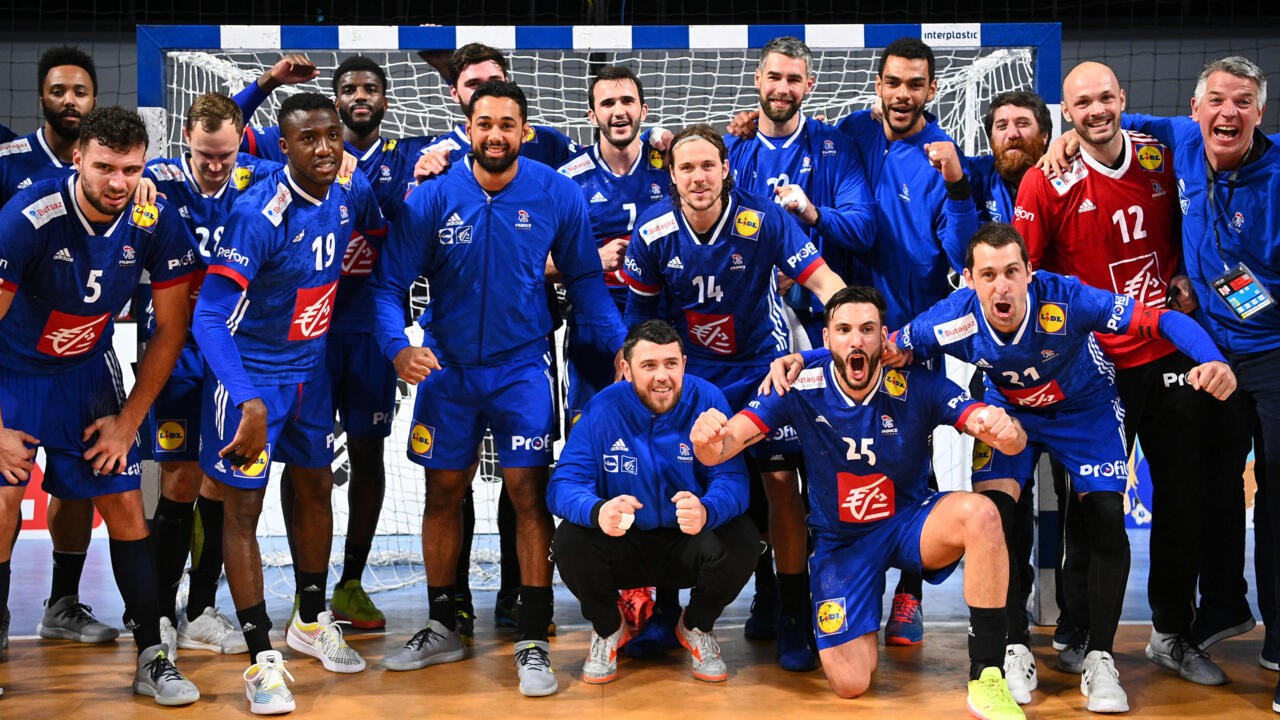 Saved from the sinking in the first period by its captain Michaël Guigou, the French handball team reached the semi-finals of the World Cup by beating Hungary after extra time 35-32 Wednesday in the suburbs of Cairo.

The Blues climb for the fourth time in a row, and the tenth time in 20 years, in the last four of the World Cup.

The only exception to this amazing consistency dates back to 2013, when they stumbled over the quarter-finals.

Friday at the Cairo International Stadium, they will have to beat Sweden, which has made short work of Qatar (35-23).

With the objective of finding the final, after their failure in the half of the previous edition against Denmark (30-38).

It will undoubtedly be without Timothey N'Guessan, again injured in the groin as after the first match against Norway.

This qualification validates the work accomplished by Guillaume Gille, appointed a year ago after the dismissal of Didier Dinart but who only got into the thick of it at the end of December due to the pandemic.

The former center-half of the Costauds is only one game away from his first medal as a coach.

His starting 7, or rather 8 including the rotation between Luka Karabatic (defense) and Kentin Mahé (attack), however drank the entry cup, like the first sequence: missed shot by Timothey N'Guessan , loss of ball by Dika Mem, exclusion of Kentin Mahé and opening of the Hungarian score by Dominik Mathé.

Uninspired in their combinations, the Blues stumbled halfway through a Hungarian goalkeeper in a state of grace.

At halftime, Roland Mikler posted a phenomenal 50% save with 11/22!

Like Mahé, quickly replaced after a pass in the back for N'Guessan intercepted by Pedro Rodriguez who widened the gap (1-5).

On the eve of his 39 years, Michaël Guigou then put on the savior costume: it is he who wakes up the Blues stunned after seven minutes without scoring (2-7, 12th), then nibbles the delay on an interception (7- 9).

His six goals in the first period allowed the French not to sink.

And as at the same time, Vincent Gérard began to make saves, the Hungarians stalled in turn, unable to score for nine minutes until Bendeguz Boka allowed them to breathe (8-10).

When we returned from the locker room, everything changed.

Mikler has not stopped, Mem and N'Guessan have finally opened their counter.

Entangled in the French defense, the big Hungarian guys struggled more and more to find solutions despite Dominik Mathé (15-17).

In the 39th, the Blues finally equalized by Valentin Porte.

In the process, the right winger gave them the advantage for the first time in the match (20-19).

Destabilized by N'Guessan's injury exit, again affected in the adductors, the Blues saw the Magyars come back to score 22-22, then 25-25.

While they had three goals ahead of four minutes from time (30-27), the French saw the Hungarians, well helped by Mikler back in shape (16 saves in all), methodically nibble one goal per minute.

30 seconds from the end, Bence Banhidi equalized and sent the Magyars into overtime (30-30).

It was then a story of penalties: Descat suffered his first failure by missing his own and the Hungarians regained the advantage by Richard Bodo (31-30).

Back on the field for the next penalty, Mahé did not shake (31-31) and Gérard stopped that of Mathé.

With three goals in two minutes in the second part of overtime, the Blues have this time folded the case (35-32) to rally the last four.