Handball World Cup: Kentin Mahé, back in full swing Cairo (AFP) Injured for nearly a year and little used in a club in Veszprem, Kentin Mahé is experiencing a dazzling return to the fore at the Handball World Cup in Egypt, where he will be the No. 1 asset of the Blues on Wednesday in the quarter-finals against the Hungary. In the absence of the icon Nikola Karabatic, victim of a rupture of the anterior cruciate ligament of the right knee in mid-O 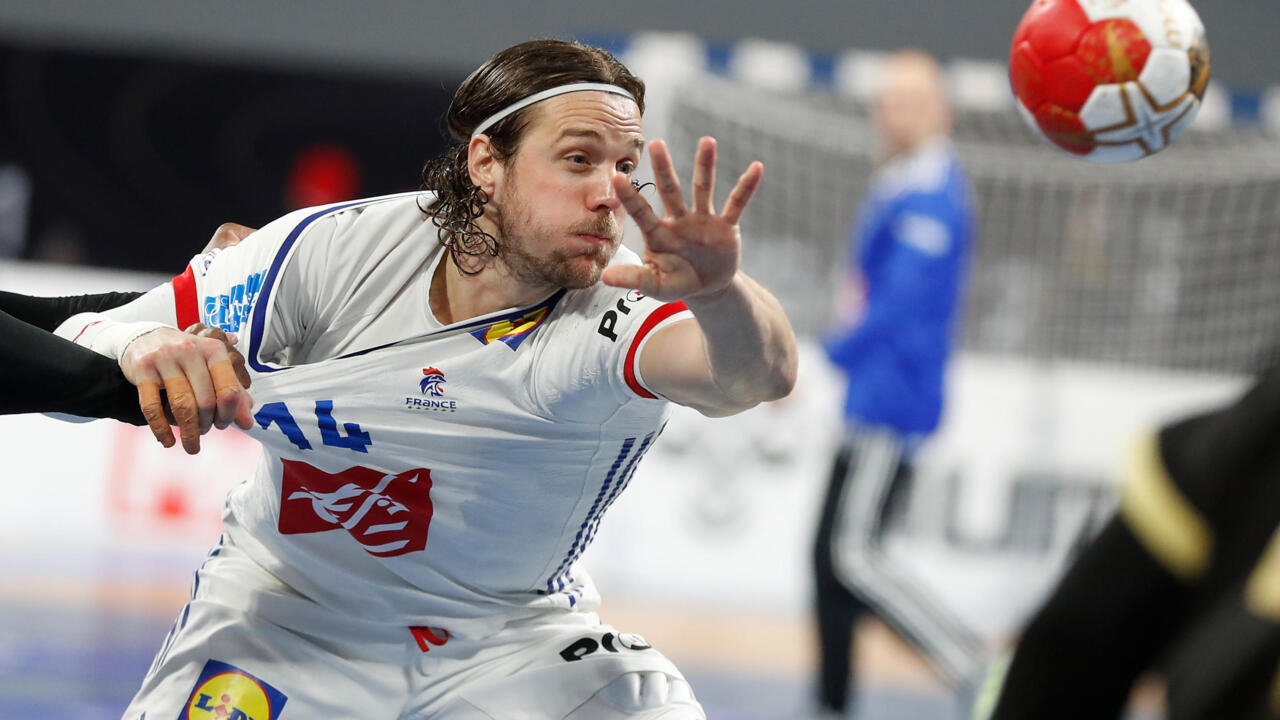 Injured for nearly a year and little used in a club in Veszprem, Kentin Mahé is experiencing a dazzling return to the fore at the Handball World Cup in Egypt, where he will be the No. 1 asset of the Blues on Wednesday in the quarter-finals against the Hungary.

In the absence of the icon Nikola Karabatic, victim of a rupture of the anterior cruciate ligament of the right knee in mid-October, great uncertainties surrounded the position of leader of the France team.

Magistral for this first crucial meeting (9 goals on 11 shots), Mahé, 29, then helped to avoid the Swiss, Algerian and Icelandic traps, energizing the sometimes sleepy Blues, each time he entered the field.

Before the quarter-final, the center-half is the top French scorer (28 goals on 37 shots), one of the most effective, except for the pivot (76%) and the second best passer after Nedim Remili (17).

"I'm trying to find the level of play that I had in 2019 and improve it if possible on certain sequences," he summed up, aware of coming back a long way.

After his exceptional 2019 World Cup in his adopted country, Germany, and a 5th medal with the Blues, in bronze, he suffered a serious injury to his left knee which deprived him of Euro 2020 with a ten-month convalescence.

- Far from her children -

In his misfortune, he was fortunate to see the Tokyo Games postponed for a year due to the Covid-19 pandemic and the comfort of spending his rehabilitation confined with his partner Franziska and their 2-year-old daughter Vida. .

"A great time," he said in an interview with AFP.

In December, Mahé became the father of a little Juno, whom he had to leave immediately.

In Egypt, this is what "weighs the most" on him.

Gone are the days when the prodigy, at the Rio Games in 2016, had his suspenders pulled up by Claude Onesta to appear with camera in hand: the young dad did not come to Egypt to admire the pyramids, which he yet sees from the neighboring hotel.

"This competition, for me, is more difficult psychologically than physically. With being away from families and playing all the time, I really need to use the moments of rest to recover as well as possible."

"Kentin is both capable of organizing, of being upwind in the duel, capable of an interesting array of shots," commented coach Guillaume Gille.

"He is comfortable climbing the ball, on the full-back positions, he can play on the wing. He is a very complete and very creative person."

- At the end of the contract -

In Cairo, the son of former international Pascal Mahé also lives far from Veszprem, a great European joined in 2018, but where he has had to grit his teeth in recent months.

First because the Hungarian club called on him to anticipate his resumption "at the end of July-beginning of August, not necessarily voluntarily", while he needed "still a little convalescence".

But also because the Spanish coach David Davis then preferred Petar Nenadic to him for the Final Four of the Champions League at the end of December, Mahé having to be content with a role of "spare wheel" which does not suit him at the wing.

Against Kiel in the semifinals, the Serbian was not up to par and the Hungarian giant again missed out on the title.

"It was frustration," admitted Mahé who has other ambitions.

"My intention is to keep the ball alive, get the friends to play and be able to score goals as a running back."

The question does not arise in blue and should make Davis and Veszprem reflect, with whom Mahé is coming to the end of the contract.