Coronavirus: Hamburg citizenship slows itself down

For months, the parliament of the Hanseatic city has been meeting with fewer members due to the corona. Several political groups are now also not registering for debates. But there is also a new security measure. 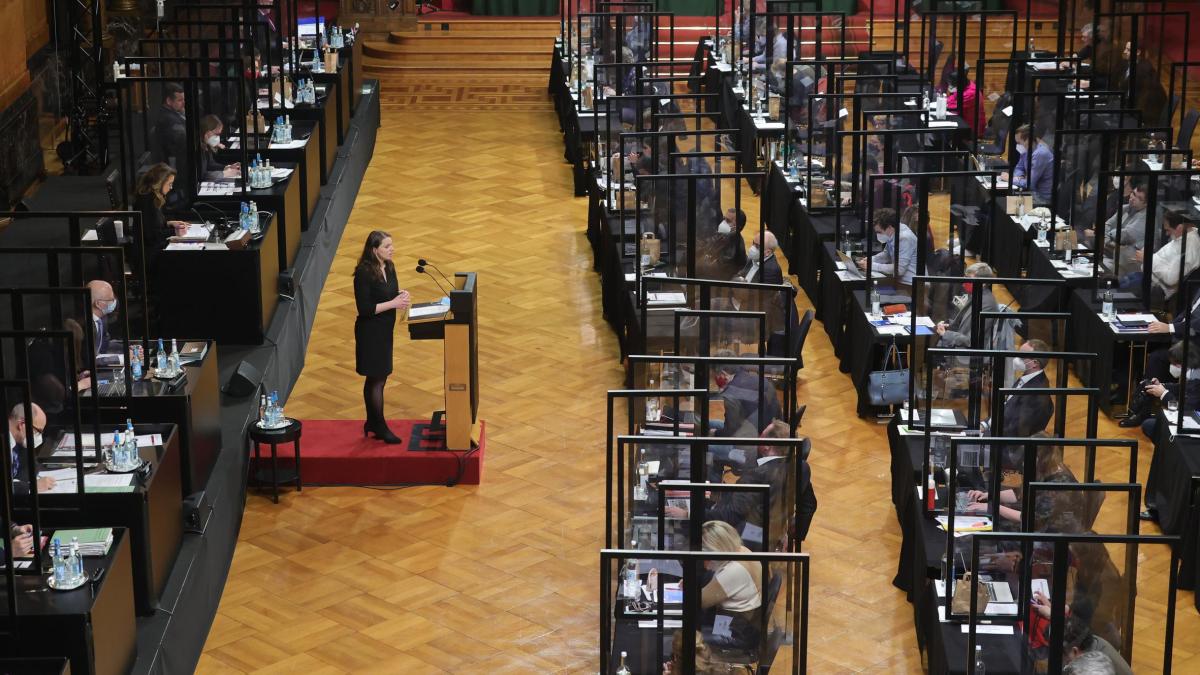 In view of the tightened lockdowns and feared risks from virus mutations, a corona test center is being set up in the Hamburg citizenship.

At the meeting on this Wednesday and until further notice, all participants in plenary days have the opportunity to do a rapid antigen test, as announced by the President of the Parliament, Carola Veit.

"I ask you very much that you take up the offer in order to minimize the risk of infection for everyone involved in the meeting and thus to contribute to the fact that the citizens remain able to work", she wrote to all members of the parliament, staff and journalists.

"The testing is voluntary and at the expense of the citizens."

Because of the pandemic, the citizenry has been gathering for months with a reduced number of MPs instead of in the plenary hall in the large ballroom of the town hall, where larger distances can be maintained and separating panes between the seats of the MPs are intended to minimize the risk of infection.

Because of the tightened lockdown, the government factions of the SPD and the Greens only want to make limited use of their right to register debates on Wednesday in order to keep the meetings as short as possible.

The CDU announced that it would not register any debates in connection with its motions.

Left and AfD, however, do not want to deviate from the previous practice.

"Against the background of the tightened Corona measures, we as Parliament are called together to ensure a compact session," said SPD parliamentary group leader Dirk Kienscherf.

However, this is a balancing act, "because of course important issues must continue to be discussed in Parliament".

But you are constantly exchanging ideas with the other groups "how we can keep the meetings as short as possible," she said.

"As the Green Group, for example, we only register one instead of four possible short debates."

The parliamentary managing director of the CDU, Dennis Gladiator, considers it appropriate to limit the citizenship meetings to "the bare minimum" in view of the restrictions in the private and economic sectors.

"As a CDU parliamentary group, we have therefore decided to forego our application debates (...) Politics is currently demanding a lot from the population and should therefore set a good example ourselves."

"Refraining from debate is the wrong way to go"

According to the parliamentary manager of the Left, Heike Sudmann, parliament has to perform important tasks, especially in times of pandemics, and fight for its participation in the government's decisions on restrictive measures.

"Therefore, from our point of view, renouncing the debate is the wrong way to go."

The AfD also rejects this.

"Parliament must not deprive itself of its very own debating rights," said parliamentary group leader Dirk Nockemann.

A restricted operation is therefore "the completely wrong signal".