It has long been known that the Office for the Protection of the Constitution is preparing an opinion on the AfD. When information leaked out from among the state interior ministers, the party took precautionary action to court. The Cologne authority says nothing in public anymore. 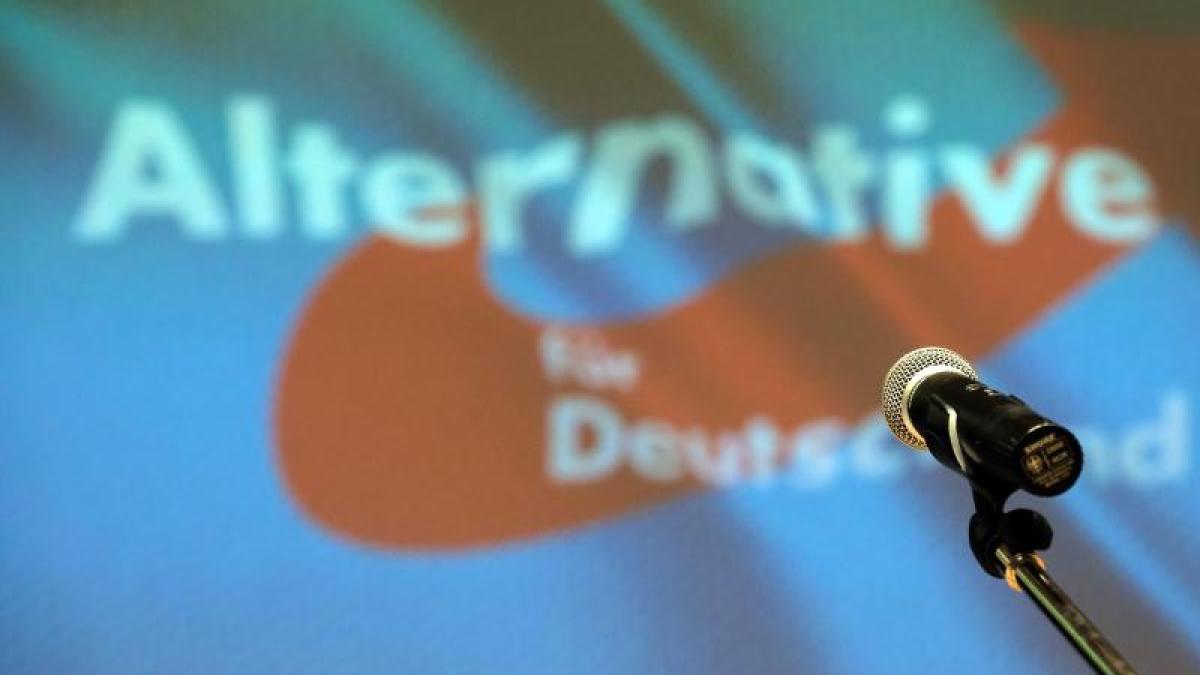 Cologne / Berlin (dpa) - The Federal Office for the Protection of the Constitution (BfV) does not want to announce anything about a possible classification of the AfD as a suspected case.

This could make an originally announced preliminary decision by the Cologne Administrative Court on the matter superfluous.

There the AfD had sued against the protection of the constitution.

Among other things, she requested that the Office for the Protection of the Constitution be forbidden to classify her as a suspected case and to make this public.

"With a view to the ongoing proceedings and out of respect for the court, we do not speak publicly on this matter," said the Cologne-based authority on Monday.

Among other things, the AfD invokes the parties' right to equal opportunities.

The administrative court had promised an interim decision this Monday, a so-called hanging decision.

This is a preliminary decision that can be made at particularly short notice.

In the afternoon, however, a court spokesman announced that no decision would be taken on Monday.

According to media reports, the Federal Office for the Protection of the Constitution wanted to make a decision this week on how to deal with the AfD.

Accordingly, the AfD should be declared a suspected right-wing extremist case.

Such a categorization, like a classification as secured extremist endeavors, can result in the use of intelligence services.

"Federal Minister of the Interior Horst Seehofer sees it very critically that information about a possibly imminent observation of the AfD from the ranks of the interior ministers' conference has been passed on to the media," said a spokeswoman for the ministry.

Regardless of this complex of issues and the current media reports on it, it is generally important that possible measures and decisions by the federal administration are treated with the necessary care and discretion by all those responsible.

Criticism also came from the Greens.

"I am irritated by the fact that the information about the possibly imminent observation of the entire AfD was pierced from the ranks of the interior ministers' conference," said domestic politician Konstantin von Notz of the "Augsburger Allgemeine".

For some time it has been speculated in media reports that the Federal Office for the Protection of the Constitution could soon classify the AfD as a suspected case in the area of ​​right-wing extremism.

According to participants, the President of the Federal Office, Thomas Haldenwang, said at the federal and state interior ministers' conference in December that he expected a decision in January.

When asked whether it was right to announce a new report on the AfD for January in view of the upcoming federal election in September, Haldenwang said shortly afterwards in an interview with the German press agency: “Our legal mandate is also to inform the population about anti-constitutional efforts to inform."

Even in the run-up to an election, his authority must be "allowed to inform the public if we perceive anti-constitutional efforts of any kind".

The number of AfD members fell last year for the first time since 2015.

As a spokesman announced on request, the party had around 32,000 members at the beginning of this year.

According to the AfD, the decline in membership can only be explained by a cleanup of the card index.

"Slightly over 1400 of the net losses result from the termination of membership by the AfD due to non-payment of contributions," said press spokesman Peter Rohling.

This was the “first real land consolidation” since the party was founded in 2013.