U.S. President Joe Biden will not attend the event, but the country will be represented by climate ambassador John Kerry. 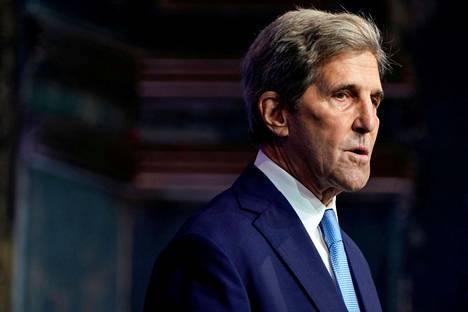 The World Economic Forum (WEF) kicks off today, but instead of the Davos landscapes in Switzerland, policymakers are staring at screens and screens for the week that has begun.

Due to the coronavirus pandemic, the event will be held virtually.

The title of the five-day event is A Crucial Year to Rebuild Trust, a crucial year for rebuilding trust.

Asia in particular is facing Asia as a virus-ravaged Europe struggles with its own problems and the new US President, Joe Biden, faces enormous challenges.

Although the coronavirus has affected the economic situation in all countries and deprived millions of people of work, China and other Asian countries are already making a sharp rise.

Particular attention will be paid to Chinese President Xi Jinping, who will speak on the opening day.

From Europe, the forum will be attended by German Chancellor Angela Merkel, French President Emmanuel Macron and EU Commission President Ursula von der Leyen, among others.

U.S. Biden is not seen in virtual Davos, and the event has not usually been on the White House calendar.

The exception was Biden’s predecessor, Donald Trump, who attended the event twice during his term.

Of the previous presidents, only Bill Clinton visited Davos and he too only once.

However, Biden will send John Kerry, whom he has appointed Special Envoy for Climate Action.

The reception is probably warm, as one of Biden’s first actions was to reunite the United States with the Paris Climate Agreement, from which Trump had previously seceded.

The United States will be represented at the event by Climate Ambassador John Kerry. Photo: JOSHUA ROBERTS / REUTERS

The focus of the economy is shifting to Asia

In addition to Xin China, Davos will be attended by the President of South Korea and the Prime Ministers of India and Japan.

After the virtual session, the Davos Forum will move to Singapore in May, far from the Swiss luxury ski resort where it has been held since its inception, i.e. since 1971.

The reason for the transfer has been stated to be health safety.

French credit insurance company Euler Hermes said in a study earlier this month that the focus of the world economy (WECG) has shifted toward Asia since 2002. The company thought the pandemic would further accelerate the course of development.

Founder-Schwab hopes for a turning point

The economic forum was born from the idea of ​​German professor Klaus Schwab.

In his column published in mid-January, Scwab wrote that the year 2021 can be positive and historic.

- We have another opportunity to rebuild, he wrote.

In his view, the coronavirus has been the final blow to a post-war model of free markets and limited governance that is no longer sustainable, either environmentally or socially.