Second impeachment trial against Trump is picking up speed

Donald Trump has already left the White House. The impeachment proceedings against the former US president are still running. The Democrats want to thwart any future political plans of the Republican. 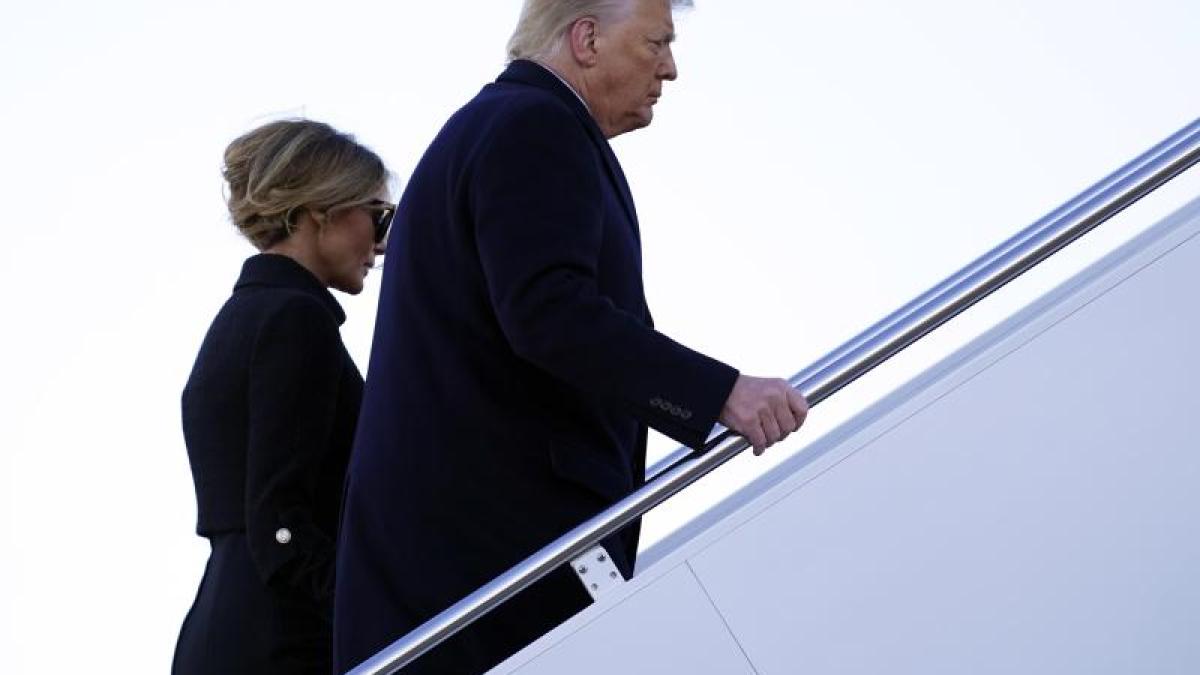 Washington (AP) - The impeachment proceedings in Congress against former US President Donald Trump are picking up speed.

After the House of Representatives' indictment to the Senate is scheduled for the evening, the presiding judge of the Supreme Court, John Roberts, is to be sworn in as head of the proceedings this Tuesday.

Roberts, in turn, must take the oath from the 100 senators who will take the jury role in the process and make the final decision.

The Democrats want to hold Republican Trump accountable for his supporters' attack on the Capitol on Jan. 6.

Trump's term of office has already expired, but the process could result in a lifelong ban on office at the federal level if convicted.

That would undo any plans of Trump to run for the presidency again in 2024.

The House of Representatives decided on January 13, with a majority of Democrats and the votes of ten Republicans, to open a second impeachment trial against Trump.

The appendix contains a single point: «incitement to riot».

The proceedings in the Senate should enter the hot phase of the actual negotiation in the second week of February.

A two-thirds majority of the senators present is required for a conviction of Trump.

New President Joe Biden's Republicans and Democrats each hold 50 seats in the Senate.

So 17 Republicans would also have to stand up against Trump.

It is doubtful whether this will happen.

In the event of a conviction, a simple majority would be enough in a second vote to impose the ban on Trump called for by the Democrats.

While the prosecutors and defense attorneys worked on their impeachment papers, the Senate would take care of other matters, Democratic majority leader Chuck Schumer said last Friday.

This suits Biden as he depends on the approval of the Senate for the confirmation of his nominated cabinet members and other top personalities.

Democrats and Republicans in the US Senate agreed on Friday on the second week of February as the date for the start of negotiations.

Written arguments from the House of Representatives and Trump attorneys are due to be submitted by February 8.

The actual impeachment process in the Senate would then begin on February 9th.

Trump has had to face impeachment proceedings that ended in an acquittal in the Senate last February.

At that time, his Republicans still controlled the chamber.

So far, it is unclear whether enough Republicans will vote to convict Trump in the second trial.

Some of them were already of the opinion that there could be no impeachment proceedings against a president after the end of their term of office.

At the same time, however, their previous majority leader McConnell, who had long been one of Trump's most important allies, held a vote in favor of condemning the ex-president.